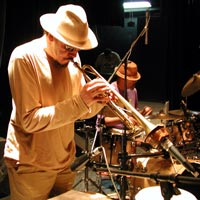 (b 5 June '49, Bronx, NYC) One of Latin music's most powerful and innovative congueros, as well as a trumpeter (also flugelhorn), bandleader, vocalist, arranger, composer, producer.

Raised in a musical household in the Bronx (his father sang in various local Latin bands during the '50s, his uncle played guitar); began listening to his father's jazz records at age ten; commenced playing trumpet at age twelve at junior high school in the North Bronx; during his teens began playing conga in rumbas (percussion and voices jam sessions) on tenement rooftops, in the streets and in parks, particularly Central Park.

Classically and partly jazz trained at NYC's Music and Art High School '64--7; scholarship to New York College of Music '67, where he met jazz trumpeter Kenny Dorham (there to get his doctorate).

Original member of Libre, co-founded '74 by revered timbalero Manny Oquendo and Andy. Made LP Ya Yo Me Curâ '80 on American Clavâ with Andy; led his own Fort Apache Band on The River Is Deep on Enja, recorded at Berlin Jazz Festival '82 where Libre also played. He left Libre '80s to concentrate on bandleading, releasing albums Obatal on Enja (made at Zurich International Jazz Festival '88) and Rumba Para Monk on Frenchman Francois Zalacain's NYC-based Sunnyside label; the latter won the French Grand Prix de l'Academie du Jazz.

The Fort Apache music is described as Gonza lez's own personal vision, a mixture of progressive aspects of jazz and Latin music, 'the only group that sounds like a jazz group, and at the same time, never stops sounding Latin', wrote musicologist Renâ LÂ¢pez. In addition to Jerry, Fort Apache personnel from '89's Rumba Para Monk to '94 incl. ever-present founder member Andy on bass; Steve Berrios, trap drums/other percussion/arr.; Larry Willis, piano/composer/arr.; Carter Jefferson (1945--1993), tenor sax; Joe Ford, alto and soprano sax/flute/composer/arr. (joined '90); John Stubblefield, tenor sax (replaced Jefferson '94; Stubblefield performed on Obatal ). Jerry made instructional video Conga Drumming And Afro-Caribbean Rhythms '94 featuring Fort Apache rhythm section of Andy on bass and Berrios on timbales and traps. Pensativo '95 on Milestone, also nom. for a Grammy, was a sextet with Andy on bass and Jerry overdubbing himself; Billy Strayhorn's 'A Flower Is A Lovesome Thing' is lovely, and the CD ends with T. Monk's 'Ruby, My Dear', a duet of Jerry's trumpet and Larry Willis's piano. Fire Dance '96 was made live at Blues Alley in Wash. DC with Stubblefield, Ford, Willis, Andy and Berrios, each a seasoned soloist and each supporting all the others.

"Gonzalez marries jazz and Afro-Cuban sensibility" (Boston Sunday Globe). This exactly what Jerry Gonzalez has been about for many years. This native of the South Bronx grew up with jazz and Cuban music simultaneously. In his own words: " The spirit of mother Africa travelled to the Caribbean, South America, North America and the world, evolved individually and reemerged spiritually as one. Our music is a reflection of our experience here in New York City and of our consciousness of the cultural roots from the Motherland Africa which we keep alive. We are all second generation (Afro-Hispanic-Indian) musicians living in NYC, we are bilingual, we play the blues and we play rhumba. The seed planted by Diz, Bird, Mario Bauza, Machity y sus Afro-Cubanos, Chano Pozo, Cachao, Coltrane, Miles and Duke has begun to reemerge and evolve further." - Jerry Gonzalez.

There's nowhere to hide in a live recording. There you are, with your abilities, your quirks, and your passions laid out for the world to hear. That's how Jerry Gonzalez & the Fort Apache Band works best. It's a chance to demonstrate what they've become in the risky, rewarding process of creating a musical family.
"Sometimes there will be this spontaneous moment when I'll join the percussion in this Flying Wallenzas act without a net," says bassist Andy Gonzalez. "I provide a foundation so that Jerry [on conga and trumpet] and Steve [Berrios, on traps] can try the craziest things and they will work. We've been playing together and exchanging ideas for so long that now we rehearse to acquaint ourselves with a piece of music, and once we have the structure, we start experimenting in performance. In jazz, that's what it's all about--the exhilaration that happens when you take a chance and it works."
Brothers Jerry and Andy Gonzalez have played professionally for more than 30 years, since they were teenagers in the Bronx, New York. "We started playing music in junior high school," Andy recalls. "Pianist Lew Matthews, the genius of the Bronx, saw us in the park near our housing project. He found out I was a bass player who could read music. He invited me over to his house one weekend he always had musicians coming and going; he even rehearsed a 21-piece big band in his apartment on Sundays and he wrote some music for me to play and I played it.

"We started dragging our instruments over there every Sunday. Lew took us out of the street and had us play sophisticated music at a young age. He was our first mentor. He had high standards in music, and he's directly responsible for anything we do today."
The brothers played in various Latin jazz groups, including one led by Monguito, son of conguero Mongo Santamaria. Both attended New York College of Music.
In his senior year, Andy joined Ray Barretto's band, then toured with Dizzy Gillespie for nearly a year. The brothers were reunited on the bandstand when they were hired by pianist Eddie Palmieri in 1971.
"We brought some interesting things to Eddie's concept of the band; we opened it up," Andy says. "He was ready for it. He's a great improviser and we were heavy into jazz, so it was a perfect moment. We brought in things like Miles Davis was doing at the time long sets without interruptions, flowing from one tune to the next. At same time, we changed the look of the band. Eddie was clean-shaven and wearing suits when we started. By the time we left three years later he was wearing Indian clothes, sandals, and a goatee."

The vibrant, iconoclastic energy they brought to traditional salsa developed further in Libre, the conjunto they organized with percussionist Manny Oquendo, and in the early manifestation of Fort Apache. As it evolved in the early 1980s, Fort Apache was a large, flexible ensemble with as many as 15 members, including such masters as Kenny Kirkland, Sonny Fortune, Steve Turre, the late Jorge Dalto, Milton Cardona, and others.

By 1989 and its groundbreaking recording Rumba Para Monk, Fort Apache was a tight quintet with the Gonzalezes' longtime friends Steve Berrios on drums and Larry Willis on piano; and Carter Jefferson on sax. Saxophonist Joe Ford joined the group in 1991; following Jefferson's death in 1993, John Stubblefield, who'd played as a guest artist with the Apaches, returned to add his tenor sax to the mix.

Willis studied voice at New York's Music and Art High School before fellow student Hugh Masakela convinced him to switch to piano--he'd work more gigs, Masakela argued. By age 19, Willis was playing with Jackie McLean and has performed on more than 250 recordings by major jazz artists. Berrios is one of the hardest-working drummers in both Latin and jazz formats and leader of his own group, Son Bacheche, with two Milestone recordings to their credit.
Of the horn section, Andy comments: "Joe Ford is a master musician and composer who's contributed quite a few originals to our book, and Stubblefield is one of the great tenor sax players of our generation. We blend into a unit but we each have distinct voices. Each of us brings something of ourselves to the music."
In its present form, Fort Apache realizes the vision of seamless Afro-Caribbean jazz the brothers Gonzalez have pursued for most of their careers.

Jerry is one of the legendary artists illustrating Afro Cuban Jazz in the critically acclaimed film CAlle 54 , by Frernando Trueba . 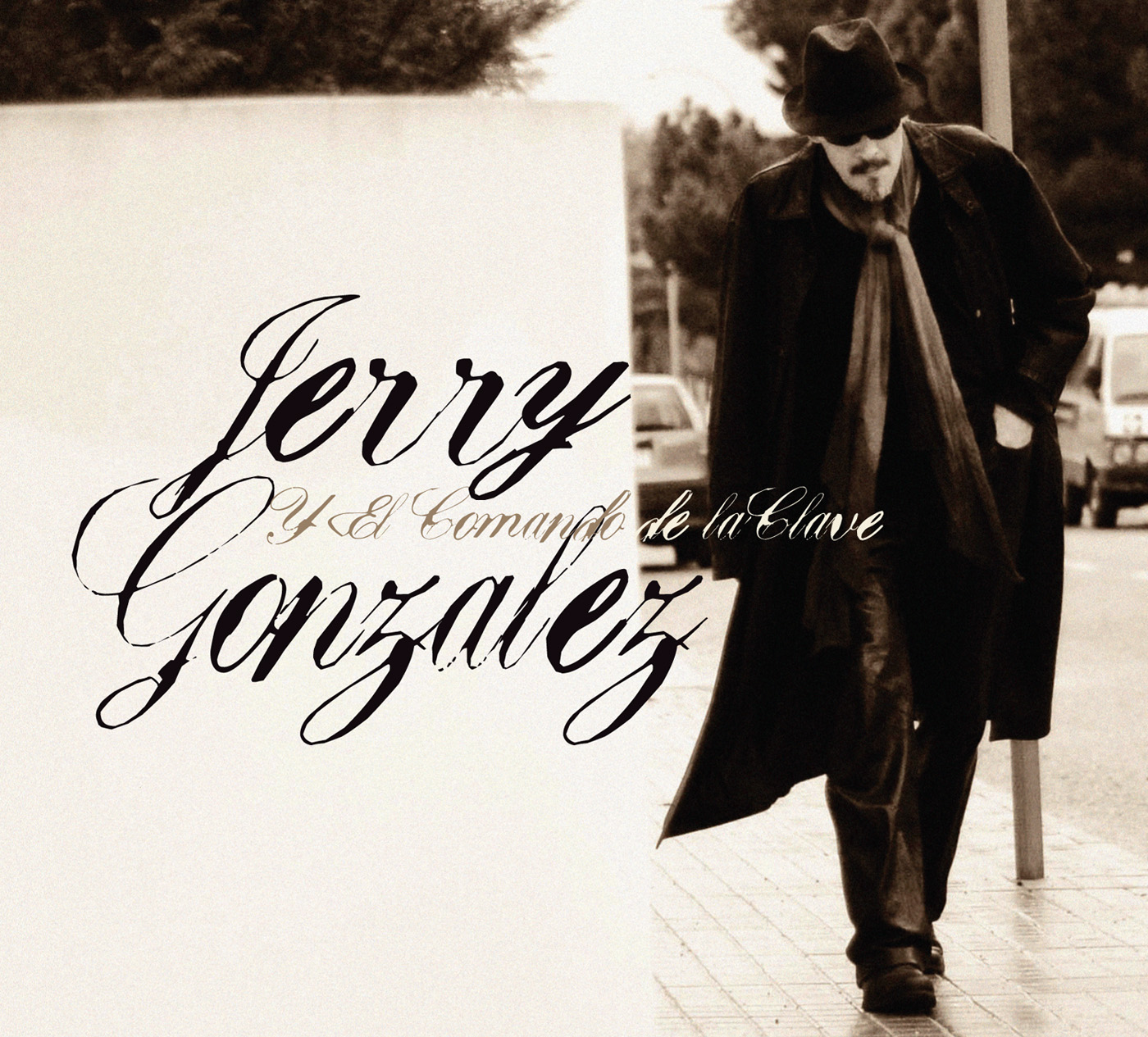 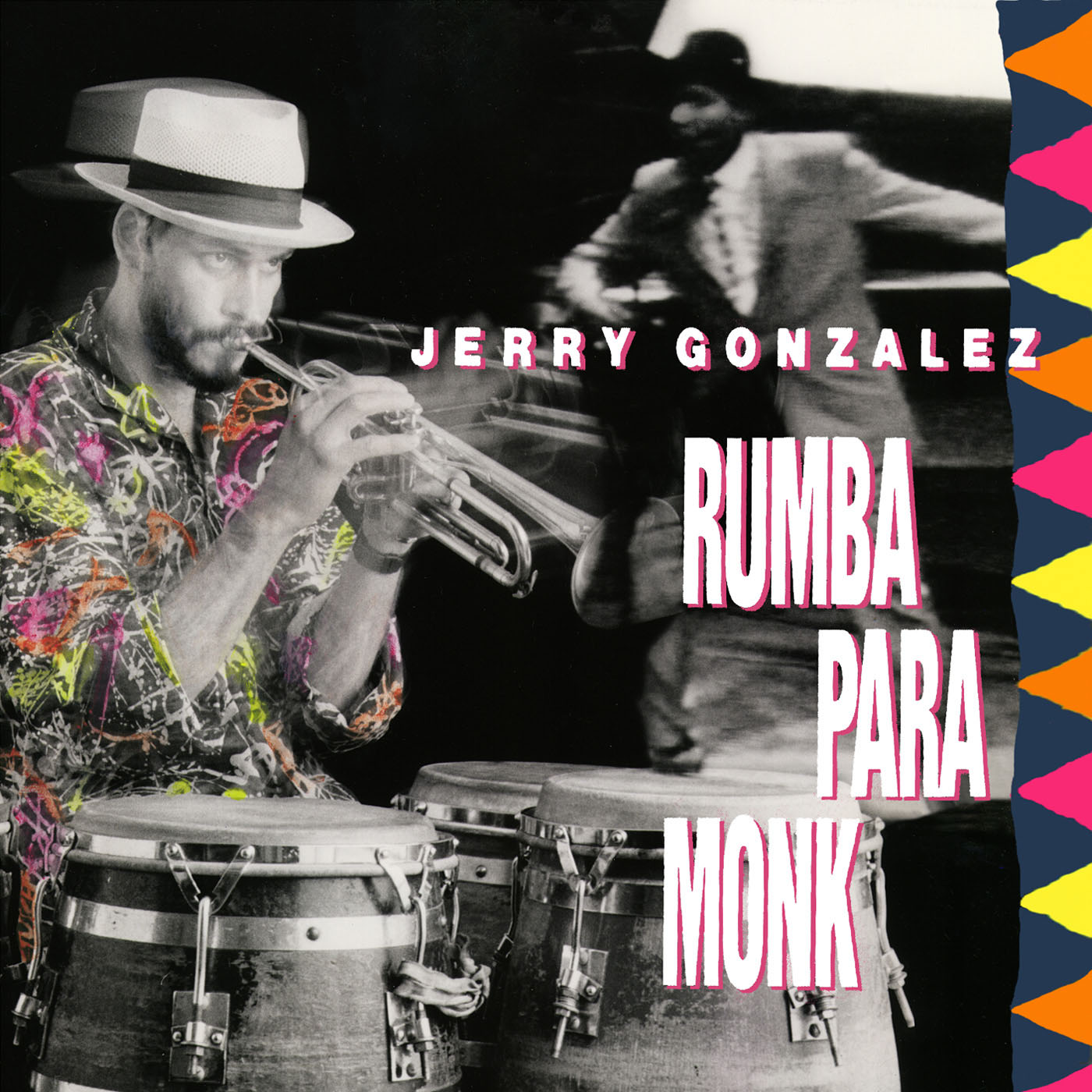 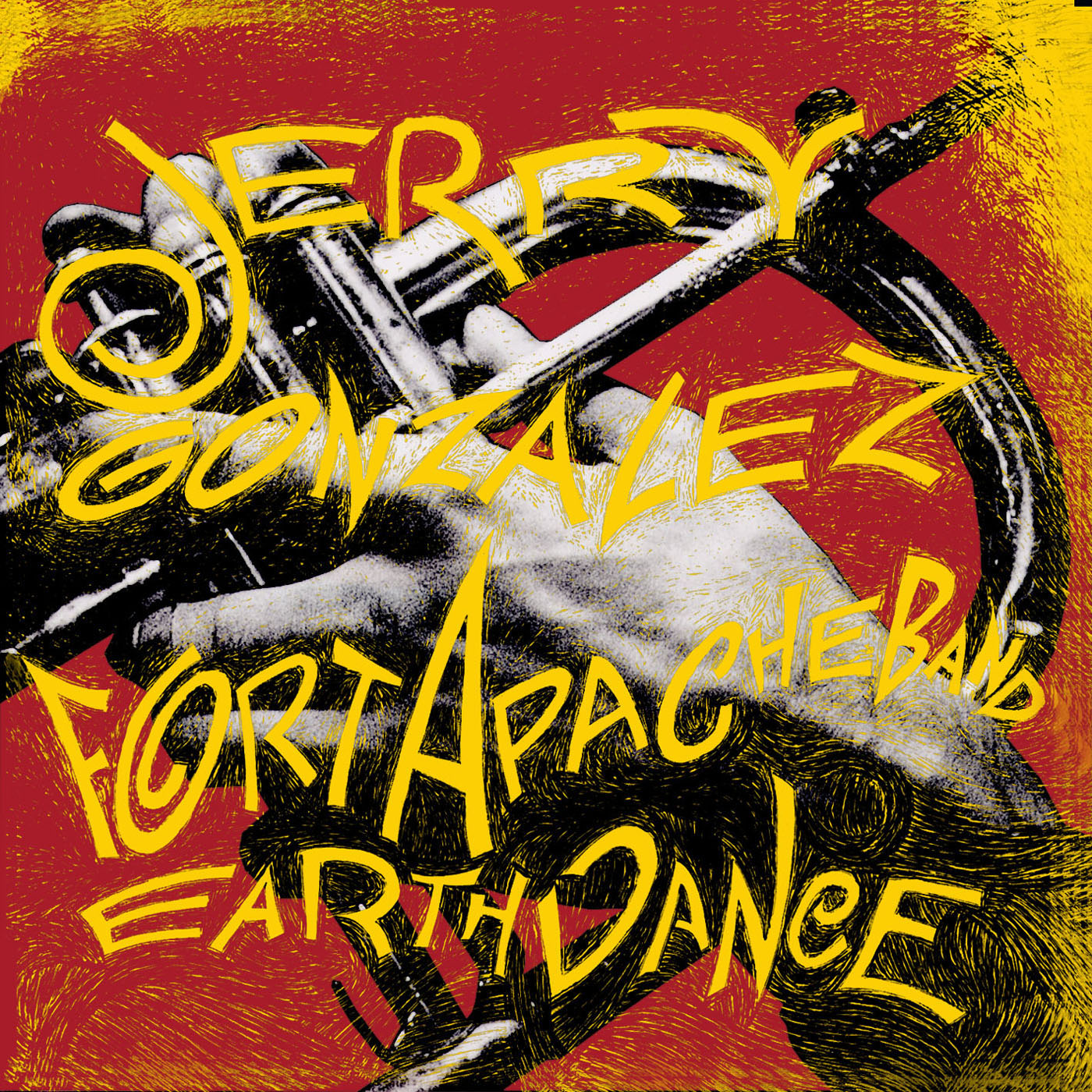 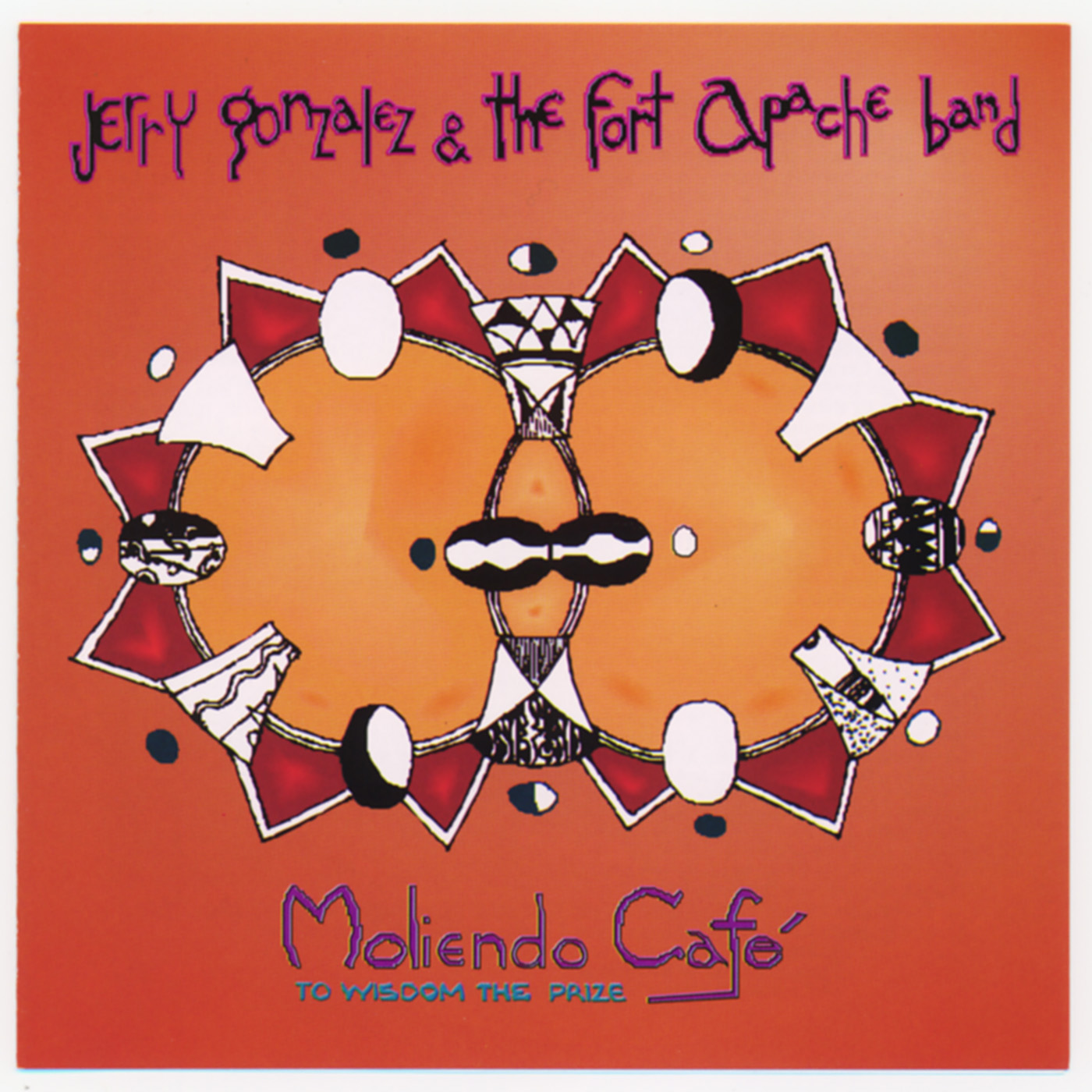 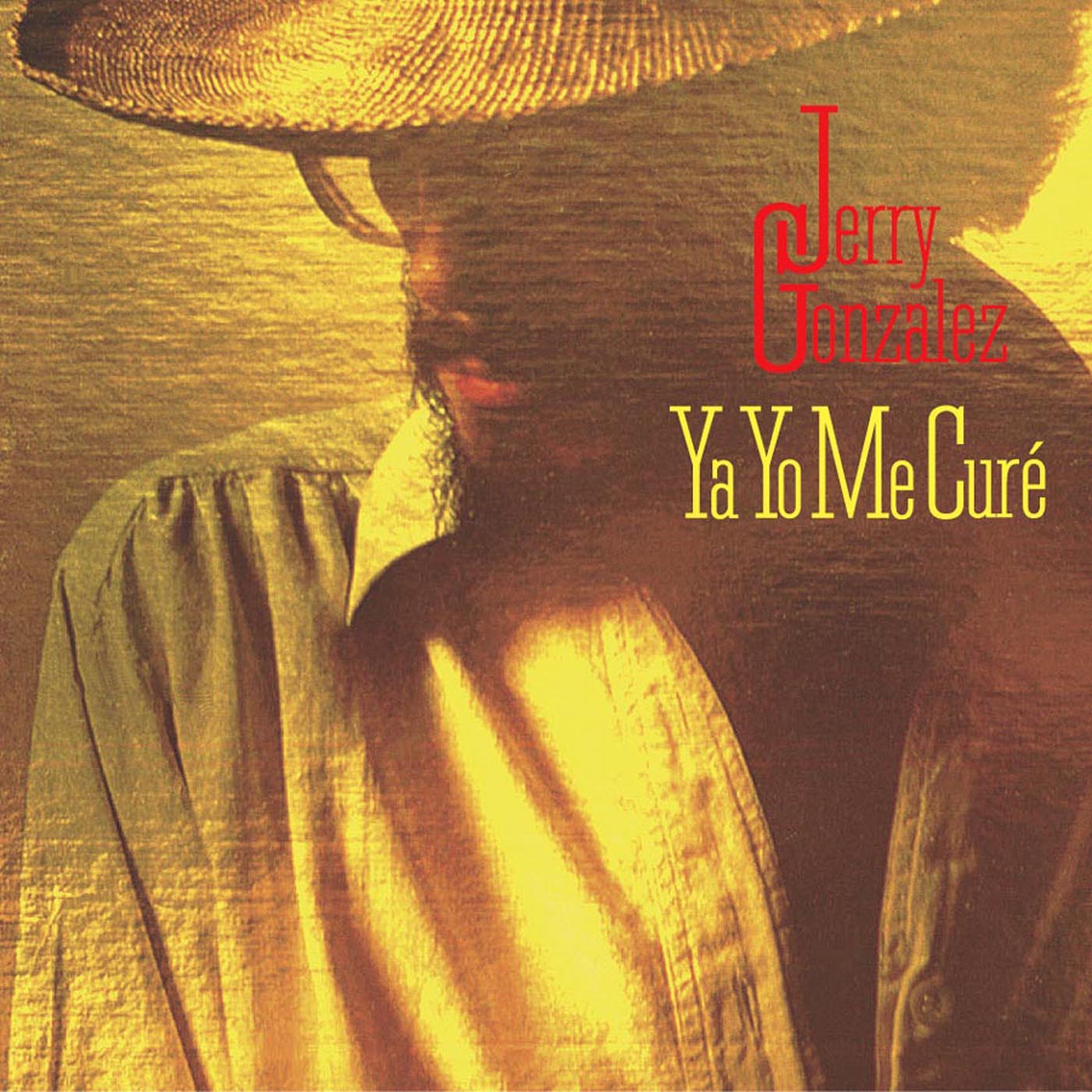 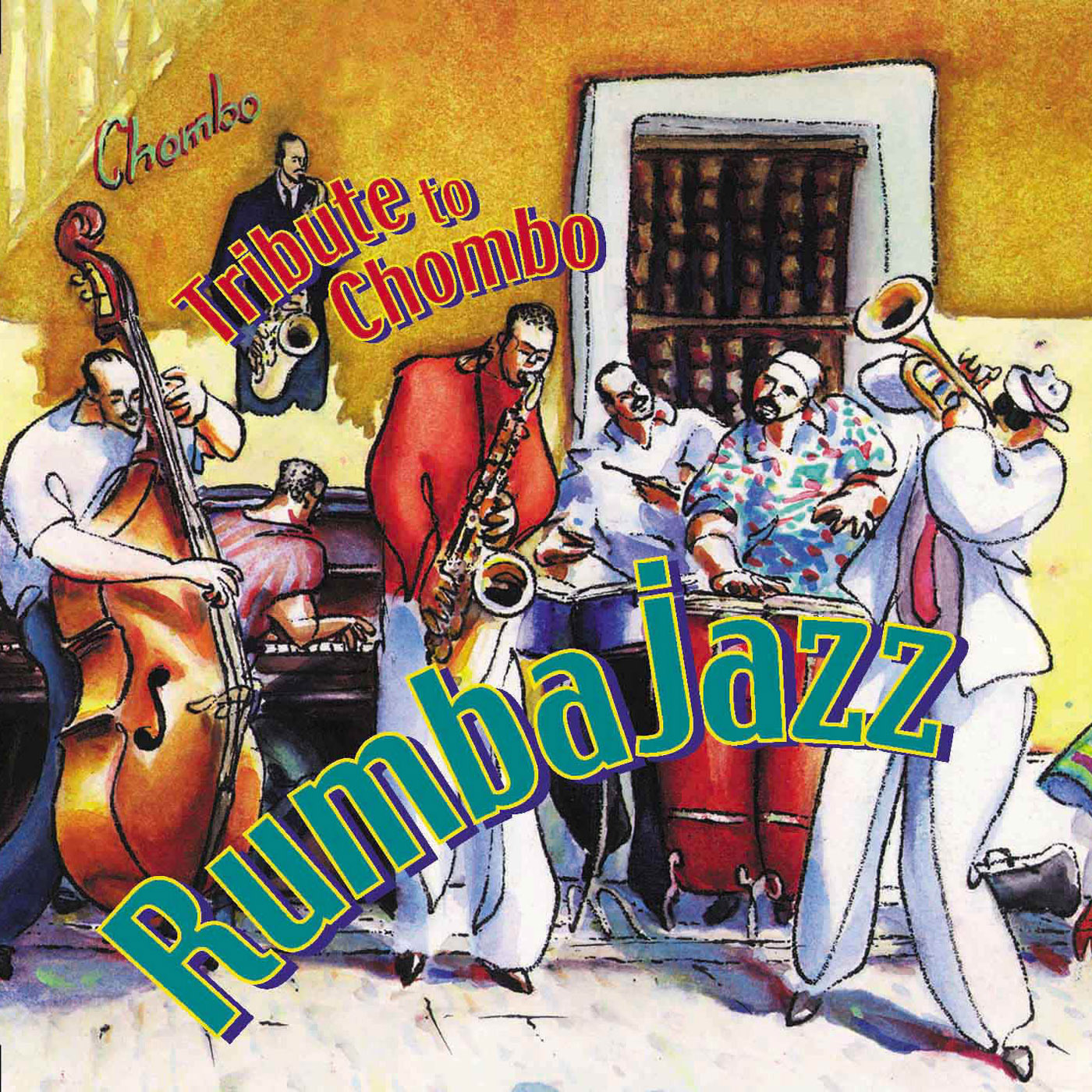 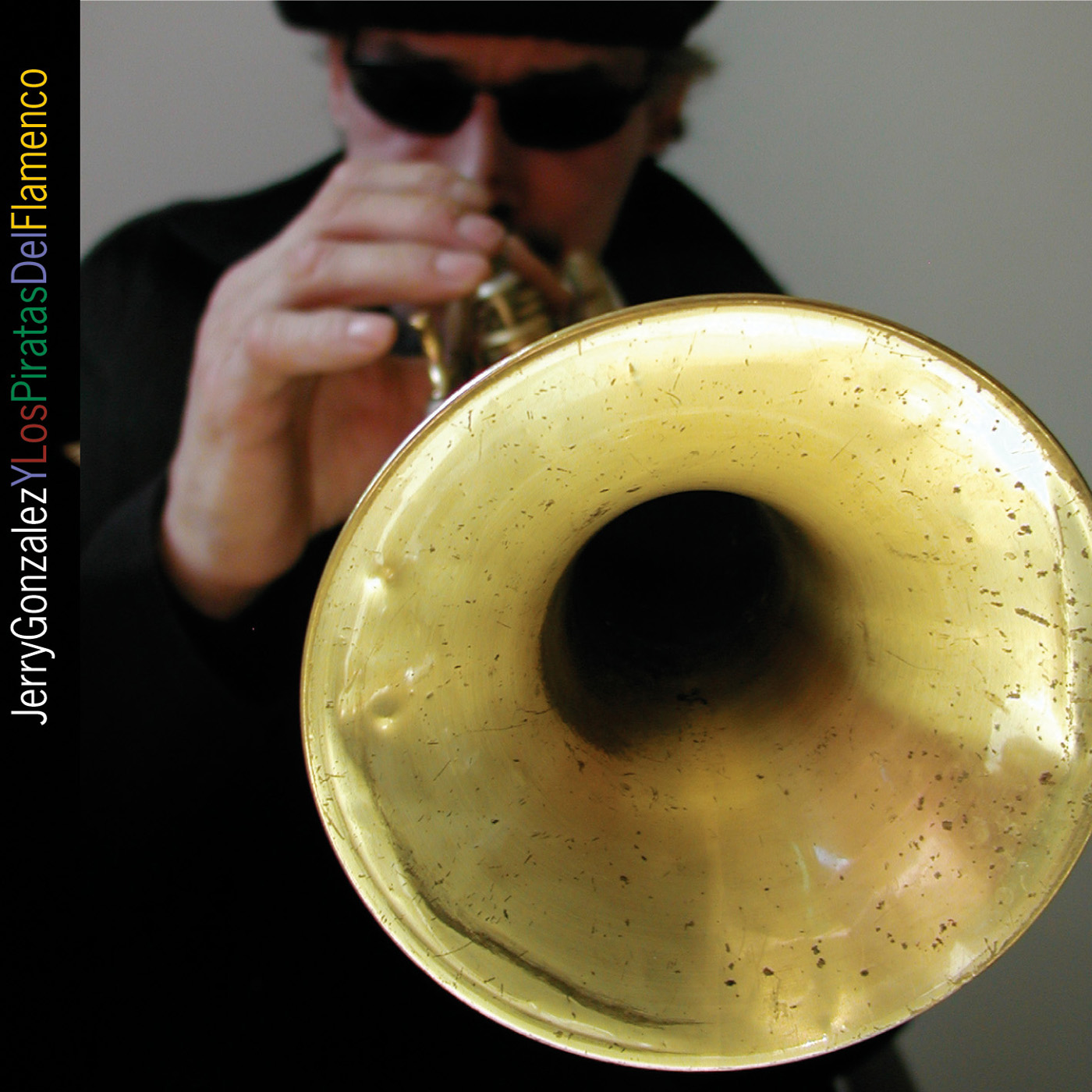