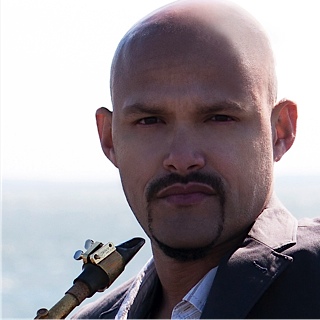 âThis young musician and composer is at once reestablishing the artistic, cultural, and social tradition of jazz while creating an entirely new jazz language for the 21st century.â
-- MacArthur Foundation,2008.

Multiple Grammy Nominee and Guggenheim and MacArthur Fellow Miguel ZenÃ³n represents a select group of musicians who have masterfully balanced and blended the often-contradictory poles of innovation and tradition. Widely considered as one of the most groundbreaking and influential saxophonists of his generation, he has also developed a unique voice as a composer and as a conceptualist, concentrating his efforts on perfecting a fine mix between Latin American Folkloric Music and Jazz.

His latest recording, Alma Adentro (Marsalis Music, 2011), is a tribute to The Puerto Rican Songbook. On it he arranges and explores the music of five legendary Puerto Rican composers: Bobby CapÃ³, Tite Curet Alonso, Pedro Flores, Rafael HernÃ¡ndez, and Sylvia Rexach (whom he considers âthe George Gershwins, Cole Porters and Jerome Kerns of Puerto Rican songâ). The recording features his longtime working quartet of pianist Luis Perdomo, bassist Hans Glawischnig and drummer Henry Cole, plus a ten piece woodwind ensemble orchestrated and conducted by close friend and collaborator Guillermo Klein. This groundbreaking project both honors the music of these masters while at the same time exposing their music to new audiences. Alma Adentro was chosen as the Best Jazz Recording of 2011 by iTunes and NPR, and was Nominated for a 2012 Grammy Award for Best Large Jazz Ensemble Album.

Born and raised in San Juan, Puerto Rico, ZenÃ³n studied classical saxophone at the Escuela Libre de MÃºsica in Puerto Rico before receiving a bachelorâs degree in Jazz Studies from Berklee College of Music, and a masterâs degree in Jazz Performance at Manhattan School of Music. ZenÃ³nâs more formal studies, however, are supplemented and enhanced by his vast and diverse experience as a sideman and collaborator. Throughout his career he has divided his time equally between working with older jazz masters and working with the musicâs younger innovators --irrespective of styles and genres. The list of musicians ZenÃ³n has toured and/or recorded with includes: Charlie Haden, David SÃ¡nchez, The Village Vanguard Orchestra, Guillermo Klein y los Guachos, The Mingus Big Band, Bobby Hutcherson and Steve Coleman. He has also participated in recent projects with Adam Cruz, Antonio SÃ¡nchez, Jason Linder, Miles Okazaki, Kenny Werner, David Gilmore and Aaron Goldberg.

He is a founding member of the groundbreaking SFJAZZ Collective, a group whose past and current members include Bobby Hutcherson, Joe Lovano, Joshua Redman, Brian Blade, Nicholas Payton, Dave Douglas, and Eric Harland. In 2012, ZenÃ³nâs association with SFJAZZ will further expand to include his new role as resident artistic director along with Bill Frisell, Jason Moran, Regina Carter and John Santos.

ZenÃ³nâs six recordings as a leader (including the above mentioned Alma Adentro) represent not only his growth as a musician, but also his ability to constantly evolve and reinvent himself as a conceptualist and producer.

His debut CD, Looking Forward (Fresh Sound New Talent, 2002), represents a snapshot of the very eclectic musical interests of the then 24 year old musician, and was selected by the New York Times as the number one âalternativeâ jazz recording of 2002.

His second recording as a leader, Ceremonial (Marsalis Music, 2004), was described by All About Jazz as a â head on crash of Latin, Jazz and Classical traditions--modern Jazz at itâs very best, â and garnered unanimous critical praise and recognition both within and outside the jazz world.

JÃ­baro (Marsalis Music, 2005), his third recording, was further proof that all the critical praise he had been receiving was well deserved. The recording is an exploration of a style of popular Puerto Rican folk music known as La MÃºsica JÃ­bara. The Chicago Tribune summed it up best when they wrote: âThe instrumental prowess of Zenon's playing, the vigor of his compositions and the sensitivity of his band to Puerto Rican song forms point to new possibilities in jazz.â Like his previous recordings, JÃ­baro was uniformly well received and appeared on many top ten lists including The New York Times, Latin Beat, El Nuevo DÃ­a, and the Chicago Tribune.

Decidedly more personal and introspective, Awake (Marsalis Music, 2008) incorporates a string quartet and additional horns to ZenÃ³n's core group and brings to the forefront his formidable skills as a writer and arranger. As was admirably put in Audiophile Audition: â This is an album far beyond the usual sax & string outing, revealing a unique statement that communicates passion, intellect and spirit to the listener." Awake also caught the attention of the international press, garnering it 5 star reviews and top honors in publications like Jazzwise (UK), Jazz Man (France) and Jazz Magazine (France).

ZenÃ³n returned to his Puerto Rican roots for inspiration in his next outing, Esta Plena (Marsalis Music, 2009), which draws from the traditional Plena music style of his home country and was supported by a fellowship from the prestigious John Simon Guggenheim Foundation. On it ZenÃ³n augmented his quartet to include three percussionists/vocalists and took on the additional roles of both lyricist and vocalist. Jazz Times wrote that Esta Plena is ââ¦music with integrity, energy, poise and a fresh vision of how the Afro-Caribbean jazz aesthetic can evolve without losing its deep roots." In addition to being hailed by critics (New York Times, Village Voice, El Nuevo DÃ­a , Downbeat, The Chicago Tribune ) as one of the best recordings of 2009, the recording earned ZenÃ³n two Grammy nominations (one for Best Improvised solo and one for Best Latin Jazz Recording of the year) as well as a Latin Grammy nomination for Best Latin Jazz Recording of the year.

As a composer he has been commissioned by SFJAZZ, The New York State Council for the Arts, Chamber Music America, The John Simon Guggenheim Foundation, Jazz Reach, Montclair University, and many of his peers.

He has been featured in articles on publications such as The New York Times, The Wall Street Journal, The Los Angeles Times, The Chicago Tribune, Jazz Times, Jazziz, Boston Globe, Billboard, Newsday, Details, as well as gracing the cover of Downbeat Magazine and the Swiss jazz magazine, Jazz N More. He has also toped the Rising Star Alto Sax category of the Downbeat Critic's Poll on four different occasions.

Zenonâs biography would not be complete without discussing his role as an educator. In 2003, he was chosen by the Kennedy Center to teach and perform in West Africa as part of their Jazz Ambassador program. Since then, he has given hundreds of lectures and master classes and has taught all over the world at institutions which include: The Banff Centre, Berklee College of Music, Siena Jazz, Conservatorium Van Amsterdam, Conservatoire de Paris, University of Manitoba, Manhattan School of Music, UMass-Amherst and the Brubeck Institute. He is also a permanent faculty member at New England Conservatory of Music. But perhaps what best reflects his commitment to education and cements his growing reputation as a "cultural ambassador", is a program that he founded in 2011, called Caravana Cultural.

The main purpose of Caravana Cultural is to present free Jazz concerts in rural areas of Puerto Rico. The program makes a "cultural investment" in the Island by giving these communities a chance to listen to jazz of the highest caliber (ZenÃ³n invites some of the best musicians in the New York jazz scene to perform as guests), while at the same time getting young Puerto Rican musicians actively involved in the concert activities. Starting in February 2011 and continuing through 2013, ZenÃ³n will present a concert every four months. Each concert focuses on the music of a specific jazz legend (Charlie Parker, Miles Davis, Duke Ellington, among others) and is preceded by a pre-concert presentation which touches on the basic elements of jazz and improvisation. Over the last six years ZenÃ³n has also personally organized "Jazz Jam Sessions" in the area of San Juan, as a way of creating a platform for younger jazz musicians to grow and interact with one another.

In 2008 he was selected as one of 25 distinguished individuals to receive the prestigious and coveted MacArthur Fellowship, more commonly known as the "Genius Grantâ.

ZenÃ³n lives in New York City with his wife Elga and their daughter. 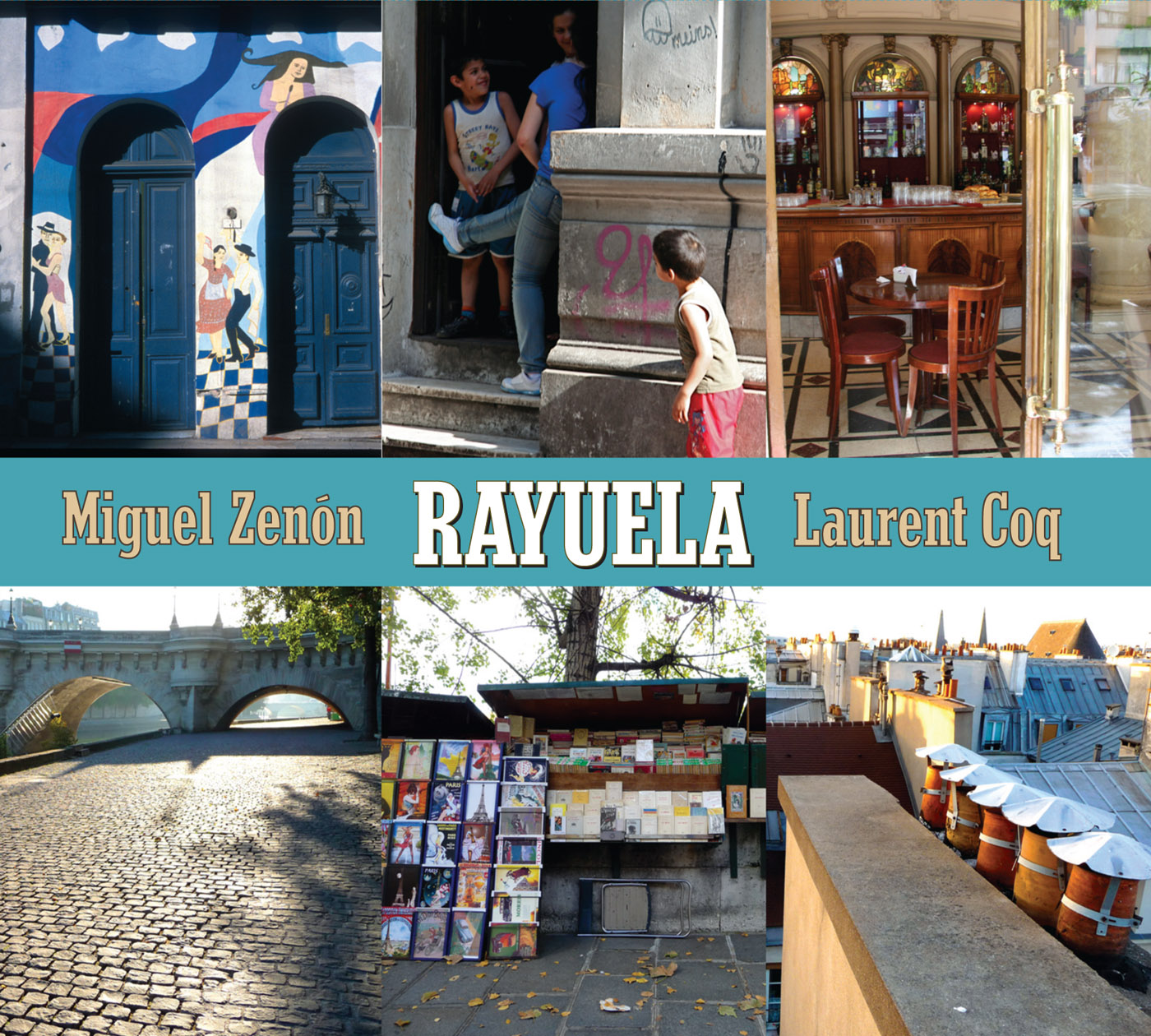