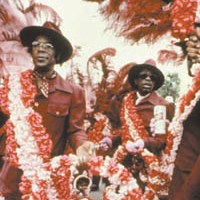 The legendary Mardi Gras Indians of New Orleans â African American citizens who mask as Native Americans in elaborate hand-crafted costumes made of beadwork, feathers and plumes â can be seen in all their splendor on Fat Tuesday, the one day of the year theyâre allowed to run wild in the streets from dawn to dark.

Thereâs nothing like seeing the Wild Indians in their natural habitat, emerging in all their magnificent finery out of the doorways of dilapidated inner-city houses and project apartments to strut and swagger down the middle of the beat-up streets where they struggle to make a living and somehow survive the crime, violence, joblessness and grinding poverty of their neighborhoods throughout the rest of the year.

Thatâs the real-life context of the Wild Indians of Mardi Gras, and they exist today as the living manifestation of an age-old ritual, preserved and practiced by the descendants of the African slaves, which goes back to the perambulating societies of West Africa and their call-and-response chants, the secret societies of masked warriors which are common to both African and Native American cultures, and the unsanctioned moonlight ceremonies conducted by African slaves under pain of death on the plantations of the American South.

Itâs a ritual which continues to live in the mean streets of early 21st-century New Orleans, and in the hearts of the people of the most run-down, destitute, stripped-bare-and-left-for-dead underclass neighborhoods of the city, where the Wild Indians of Mardi Gras perennially represent the triumph of spirit, creativity and beauty of song and dance over every obstacle placed in their way.

For a hundred years or more, the Mardi Gras Indians conducted their Sunday evening "Indian practices" and annual Carnival Day celebrations strictly within the confines of the cityâs African American neighborhoods, preserving the essence of African music within an uniquely American context. The instruments that propelled the tribes as they hit the streets on Mardi Gras were limited to bass drums, tom-toms, tambourines and even beer bottles struck with sticks, and that was the way black people in New Orleans heard the music for a very long time.

But it all changed one Sunday in 1970 when Quint Davis, producer of the fledgling New Orleans Jazz & Heritage Festival, walked into an Indian practice and listened to Big Chief Bo Dollis of the Wild Magnolia sing the traditional chants. After the practice, Davis approached the Big Chief and asked if heâd consider recording his music with a band backing him up.

Davis assembled an all-star R&B unit, the New Orleans Project â with pianist Willie Tee, guitarist Snooks Eaglin, Willieâs brother Earl Turbinton on saxophones and a smoking rhythm section â and took the Wild Magnolias and their battery of street percussionists into the studio with them to record a Bo Dollis original called "Handa Wanda." Released on 45 rpm, this single recording spawned a whole new genre of New Orleans music as it fused the ancient sounds of the Wild Indians with the new world of funk to create something that had never been heard before.

Spurred by the enthusiastic response to the single from the patrons of street-corner bars all across the Crescent City, Davis secured a two-LP recording contract for the Wild Magnolias with Barclay Records of France and went back into the studio to cut a full albumâs worth of material. Released on Polydor Records in the United States, The Wild Magnolias â with its irresistible rhythms, brilliant solo work by Snooks Eaglin and the lusty lead vocals of Bo Dollis â became an instant classic, introducing traditional Wild Indian songs like "Two-Way-Pak-E-Way" and Bo Dollis/Willie Tee originals like "Smoke My Peace Pipe" and "(Somebodyâs Got) Soul, Soul, Soul."

A second album, They Call Us Wild, was issued in 1975, and the Wild Magnolias took briefly to the road to explore a new career as stage performers. But Polydor failed to exercise its option for U.S. release of the LP, and soon the Magnolias returned to their Third Ward neighborhood and their traditional role as cultural preservationists. They continued to make an annual appearance on stage at the New Orleans Jazz & Heritage Festival, where they were joined by fellow Mardi Gras Indian gangs like the Black Eagles, Wild Tchoupitoulas and other established tribes.

The Wild Magnoliasâ professional career was revived in the â80s by the late Allison Miner, who put a band behind them, booked club and concert dates, and landed a contract with Rounder Records. Their 1990 release, Iâm Back â¦ at Carnival Time, added a new layer of musical innovation when they brought in the Re-Birth Brass Band to accompany several Wild Indian numbers. On Super Sunday Showdown (1991) they collaborated with Dr. John and Willie Tee on two tunes and cut the relentless "Letâs Go Get âEm" and "Shoo-Fly" with Re-Birth backing them up.

A one-off album for AIM Records (Australia), 1313 Hoodoo Street, followed in 1996 before the Magnolias landed a deal with the Capitol Records subsidiary, Metro Blue, and released their major-label debut, Life Is a Carnival, in 1999. At this point their performing-arts career shifted into high gear when they assembled their current backing ensemble and began a round of non-stop touring which has taken them all over the world.

Featuring the incredible Japanese guitarist June Yamagishi, the bass drum leads of long-time street percussionist Norwood "Geechee" Johnson, and a powerhouse rhythm section drawn from the cityâs top funk players, the Wild Magnolias erupt on stage like nothing youâve ever seen. Bo Dollis and Monk Boudreaux alternate on lead vocals, backed up by Queen Rita, Second Chief Gerard "Little Bo" Dollis, and other members of the gang in full Indian regalia, and they create a visual and musical spectacle beyond description.

One hot May afternoon in the first year of the new century, Bill Taylor and I sat down with Big Chief Bo Dollis at the H&R Bar, uptown at 2nd and Dryades, to trace his personal history and the development of his unique musical vision over the past 35 years. 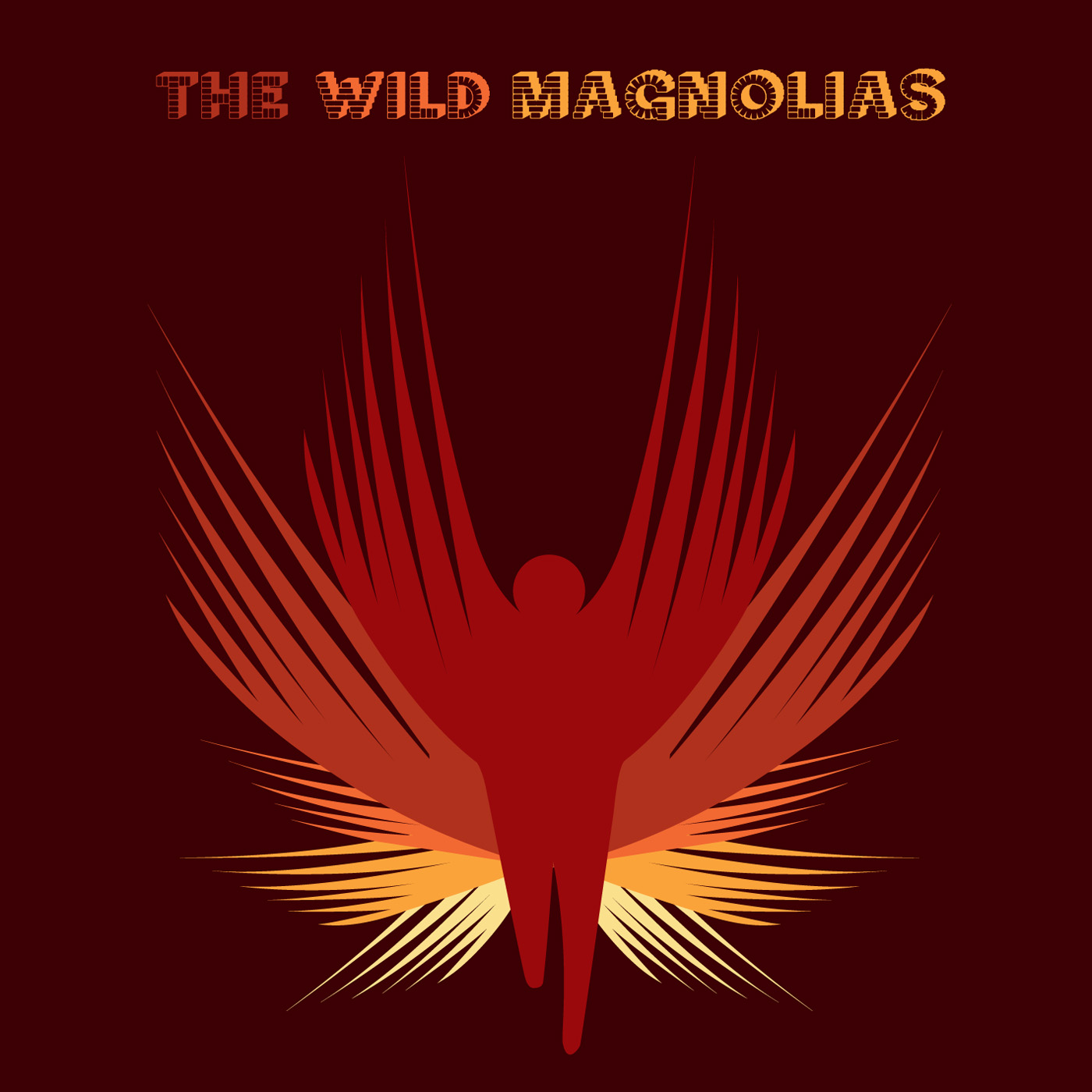 They Call Us Wild