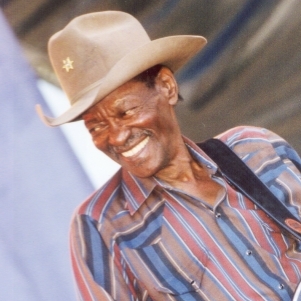 âAmerican music, Texas style.â
Thatâs Clarence âGatemouthâ Brownâs four-word description of his freewheeling musical philosophy (itâs also the title of his 1999 album). A living monument to the melting pot of American regional styles, heâs been dishing up his personal gumbo of blues, R&B, country, swing, bebop and Cajun for more than half a century. Born into a musical family in Vinton, Louisiana and raised in Orange, Texas, close to the Gulf Coast, âGate,â as heâs known to friends and fans, has been a headliner for most of his 80 years.

Along the way, heâs kept audiences rocking, swinging and two-stepping all over the world, from his early days on the Southern âchittlinâ circuitâ to concert halls, international blues festivals and network TV. A multi-instrumentalist, he fields a daunting arsenal of guitar, fiddle, mandolin, viola â just about anything with strings â as well as harmonica and drums.

He started as a drummer, but launched his career as a guitarist in 1947, when he picked up ailing headliner T-Bone Walkerâs guitar at Houstonâs Peacock Club and proceeded to tear the place apart, earning $600 in tips, quite a haul in 1947 dollars.

As luck would have it, the Peacock was owned by Don Robey, a gangster/entrepreneur who signed young Gatemouth to his new Peacock label and put him on the road fronting a big band.
Though he started as a T-Bone disciple, times were changing and Gate soon cut his own path, his edgier, more urgent blues attack contrasting with Walkerâs mellow, jazzy approach.

Back then, he alternated between guitars that are tonal opposites, -- Gibsonâs big-band standard, the huge, voluptuous L-5 archtop, and Leo Fenderâs spanking new Telecaster solid-body. The no-frills Tele was a new instrument for a new era and, not surprisingly, it helped the young guitarist develop a new sound. âTo me,â he says of the Telecaster, âThatâs a rock ânâ roll instrument.â

Back in the early â50s, there was a very thin line between Gatemouthâs music and rock ânâ roll.

The list of insomniac Gatemouth Brown disciples is a very long one, including everyone from Guitar Slim to Frank Zappa, Albert Collins to Stevie Ray Vaughan.

Had Gatemouth ended his career in 1955, his place in blues history would have been assured. But he had a lot more ground to cover, changing his sound to suit the changing times, while never straying far from his Texas/Louisiana roots. An old-school entertainer, he did whatever it took to keep audiences happy, from blues to bebop, Tex-Mex waltzes to polkas â a rhythmic rainbow of American music. He can still be seen in his â60s days, fronting the house band that backs Freddie King on a DVD of Kingâs performances on The !!!!!Beat, a Nashville-based teen dance show hosted by legendary Texas DJ Hoss Allen. Gate led the house band for most of the 26 episodes of that seminal blues/R&B/rock TV program.
Refusing to stick to one genre, he enjoyed a mid-â60s novelty hit with the country song âMay the Bird of Paradise Fly Up Your Nose.â In the â70s, he was living in Nashville, alternating blues tours with guest appearances on Hee Haw and a musical friendship with Roy Clark. In 1977, he was back in Texas for the first of what would be five appearances on public televisionâs most acclaimed live-music series, Austin City Limits.

In the â80s, Gatemouth revisited his big-band days on an award-winning series of albums for Rounder Records. His 1982 comeback, Alright Again!, updated his Peacock sound -- slashing guitar atop a hard-swinging big band. It won the blues Grammy that year, and he has since been nominated for five more.
The honors have kept right on coming in the latest phase of that epic career. Since his comeback, Gate has won eight W.C. Handy Blues Awards and been inducted into the Blues Foundation Hall of Fame. Heâs also a recipient of the Rhythm & Blues Foundationâs prestigious Pioneer Award and the National Academy of Recording Arts and SciencesÂ® Heroes Award.

Never one to rest â or even pause â on his laurels, Gateâs still on the road, averaging a couple of shows a week. And even at 80, a typical month in the life of Gatemouth Brown might include concerts in New York, Japan and of course, Texas. Nonetheless, the tireless blues master calls that hectic pace âslowing down.â

âI started off at 300 (dates a year) and then I backed off to 250. Now I do maybe 100 a year.â
His latest creation, Timeless on HighTone Records, was released September 14, 2004. Timeless was recorded live and in the studio under the guidance of Brownâs longtime manager and producer, Jim Bateman. The material is true to âGateâsâ live shows, with jazzy covers of âSatin Dollâ and Joe Zawinulâs âMercy, Mercy, Mercy,â country honky-tonkers âTennessee Bluesâ and âDark End of the Hallway,â blues workouts âJumpinâ the Bluesâ and âThe Drifter,â plus his crowd-pleasing extended version of âUnchained Melody.â 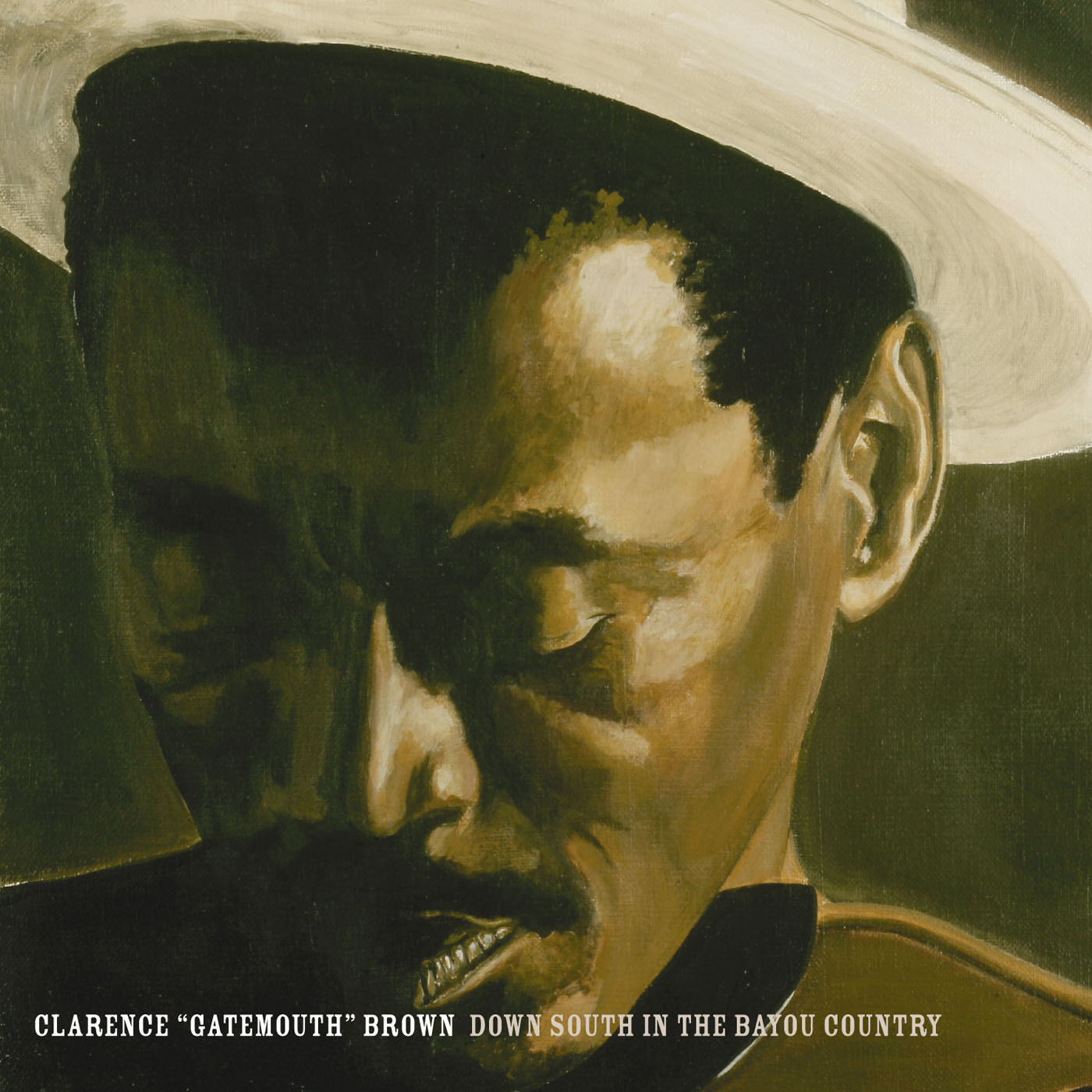 Down South in the Bayou Country 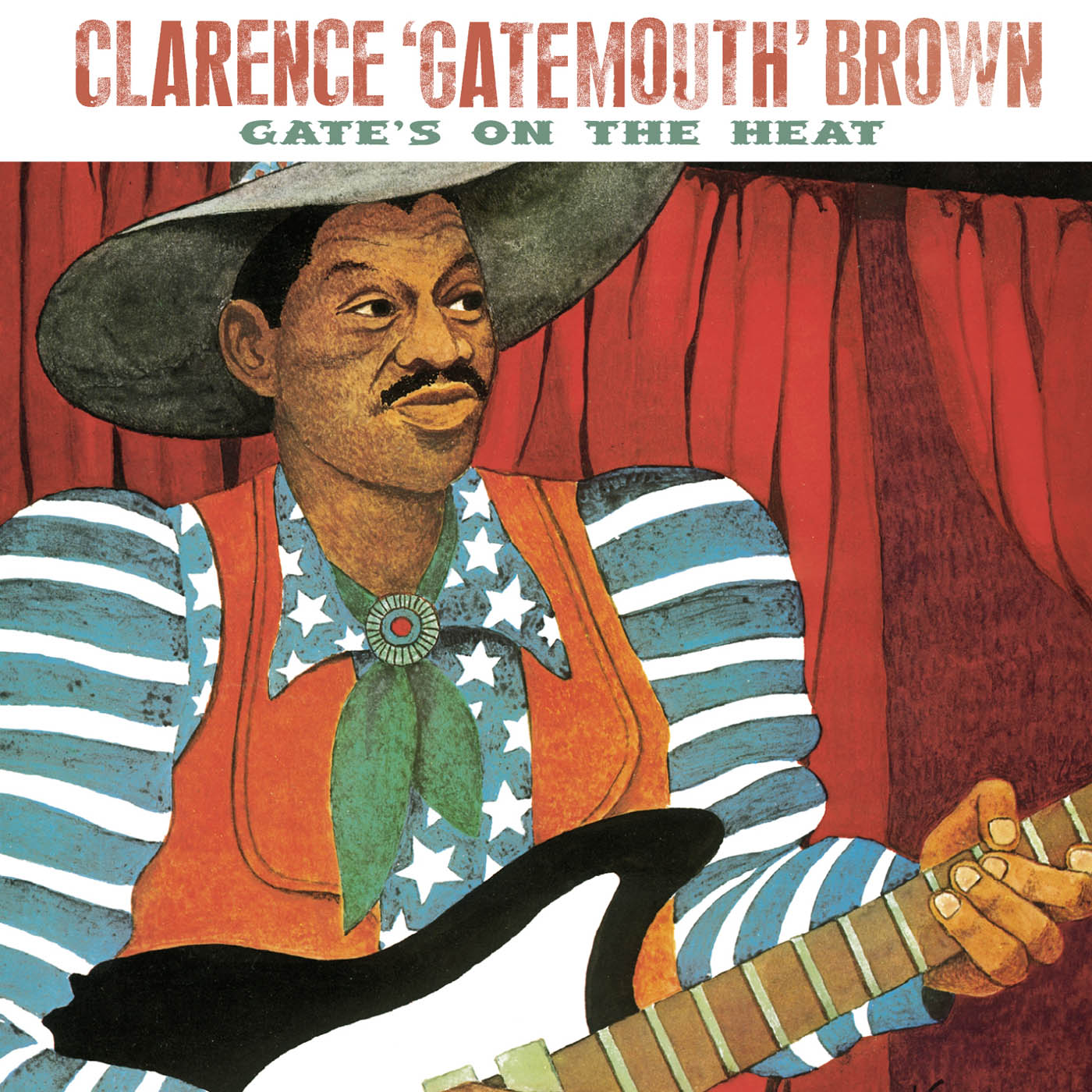 Gates's On The Heat 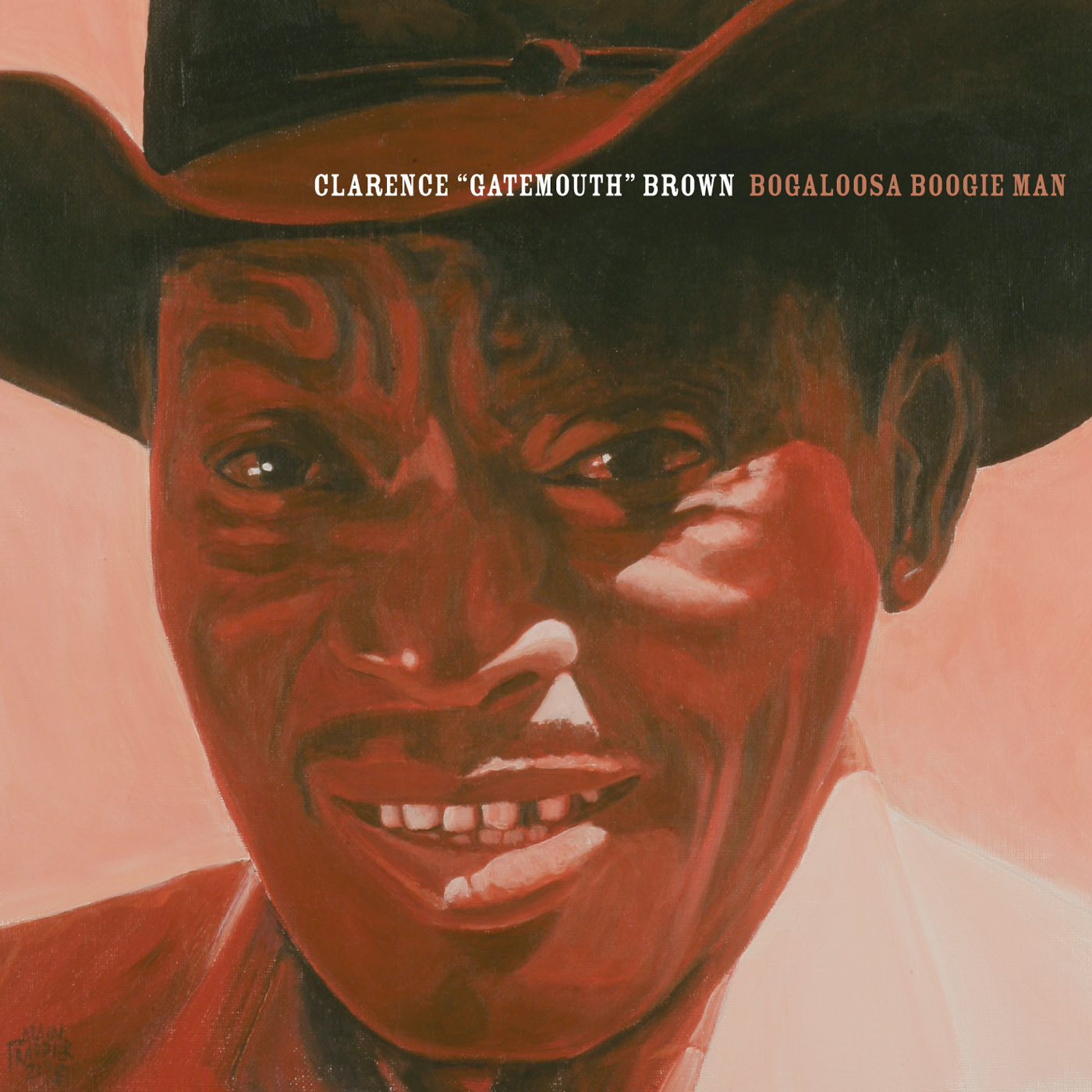