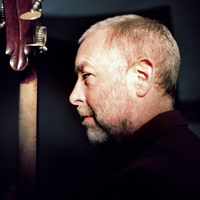 Dave Holland was born in Wolverhampton, England, on October 1, 1946. He was drawn to music at an early age, starting with the ukelele at age 4, moving to the guitar at 10 and then to the bass guitar at 13. Other than a brief period of piano lessons, in these years he was largely self-taught, learning the popular music of the day from song books and the radio. At 13 he and a few friends formed a band and began playing at the local clubs and dances. By the age of 15 he had joined another band, and as that group was starting to work regularly, he decided to leave school and try and earn a living as a musician. It was around this time that in a search to expand his ideas on the bass guitar, he began listening to jazz and heard on records the great bassists Ray Brown and Leroy Vinnegar. This had a profound affect on Dave and he quickly got a double bass and began practicing with the records. Although he was still working as a bass guitarist, he began going to jazz clubs with his double bass and sitting in with the local jazz players. In the summer of 1963, at the age of 17, he was offered a job playing double bass with a dance band that was working at a holiday resort for the summer season. This was followed by a short tour with a big band that was accompanying the singer Johnny Ray, and then came an offer of a job in London playing music in a restaurant.

As soon as he moved to London Dave began studying with James E. Merritt, who was the principal bassist of the London Philharmonic Orchestra and teaching at the Guildhall School of Music & Drama. In the spring of 1964, on Mr. Merritt's recommendation, he applied for admission to a three year program at the Guildhall School and after taking the entrance exam, was admitted in September of that year with a full scholarship.

This began a period of intense musical experiences for Dave. By his second year at the school he was the principle bassist in the school orchestra and was also beginning to work with a wide variety of people in the London jazz community. His early jazz work was with bands that were playing in the early New Orleans' style of King Oliver and Louis Armstrong, but he was soon working with many other groups that ranged in style from swing to modern.

By 1966 he had begun playing with John Surman, John McLaughlin, Evan Parker, Kenny Wheeler, John Taylor, Chris MacGregor and other London based musicians who were being influenced by the contemporary jazz innovations of the times. He was particularly inspired during this period by bassists Charles Mingus, Scott LaFaro, Jimmy Garrison, Ron Carter and Gary Peacock. His studies at school also introduced him to the works of many contemporary classical composers and they also had an important influence on him, particularly the music of Bela Bartok. Other activities during this time included free-lance work with chamber orchestras, and a variety of studio work, recording music for television, film, radio and records.

By 1967 Dave was appearing frequently at Ronnie Scott's with such jazz greats as Coleman Hawkins, Ben Webster and Joe Henderson. It was during an engagement there in July of 1968 that Miles Davis visited the club, heard Dave playing, and asked him to join his band. Dave moved to New York a few weeks later and for the next two years toured and appeared on a number of recordings with Miles including In A Silent Way and Bitches Brew. When not on the road with Miles, he worked with many others in the New York music community.

In late 1970 Dave left Miles' band and together with Chick Corea, Anthony Braxton and Barry Altschul founded the group Circle. It was at this time that he started performing on cello as well as bass. After working together for a year Circle disbanded, and early in 1972 Dave joined Stan Getz's group. He also had the opportunity during this period to work briefly with Thelonious Monk, and began what was to be a long musical relationship with Sam Rivers. Later that year he recorded his first album as a leader, the widely acclaimed Conference of the Birds. He also began teaching privately and as a guest teacher at the Creative Music Studio in Woodstock, New York, run by Karl and Ingrid Berger. At the beginning of 1973 Dave left the Getz quartet and began concentrating on working with Anthony Braxton in duo and group situations, and with Sam Rivers in duo and other settings. In 1975 he took part in the formation of Gateway, a trio with John Abercrombie and Jack DeJohnette, a fellow band member from the Miles Davis band. Gateway continues to tour and record up to the present time. After working with Betty Carter for a few months in 1976, Dave spent the remainder of the decade working and recording with Sam Rivers. He also recorded an album of solo bass music in 1977 entitled Emerald Tears and began performing solo concerts.

The 1980's started with Dave continuing to work with Sam Rivers, but in 1981 he left the band so that he could turn his attention to putting together his own group. After recording the solo cello album Life Cycle, he was ready to assemble his first full time working band. The first version of the group was a quintet featuring Kenny Wheeler, Julian Priester, Steve Coleman and Steve Ellington. Later members included Marvin "Smitty" Smith and Robin Eubanks. The group recorded three groundbreaking albums Jumpin' In, Seeds of Time and The Razor's Edge and toured extensively until 1987.

Following the disbanding of the quintet Dave continued working in a trio format, and in 1988 recorded the poll winning album Triplicate with Jack DeJohnette and Steve Coleman. He also performed with Hank Jones and recorded two albums with him, one of them with Billy Higgins.

In 1988 Dave formed a new band, a quartet with Steve Coleman, Kevin Eubanks and Marvin "Smitty" Smith, and in 1989 the group recorded Extensions, an album that was voted album of the year in Downbeat magazine, and received worldwide acclaim.

Dave also continued with his teaching activities throughout the 1980's. In 1983 he was appointed artistic director of the summer jazz workshop at the Banff School in Banff, Canada, a position he held until 1990, and from 1987 to 1990 he was a full time faculty member of the the New England Conservatory of Music in Boston, Massachusetts.

During 1990 Dave was part of a world tour with Jack DeJohnette's Parallel Realities, a group featuring Herbie Hancock and Pat Metheny, and also performed on the Grammy nominated recording, Question and Answer, with Metheny and Roy Haynes. In 1992 Dave began appearing as a regular member of Herbie Hancock's trio and also performed on Joe Henderson's Grammy Award winning recording So Near, So Far.

1993 started with a tour of Europe performing solo concerts, after which Dave recorded his second solo bass album, Ones All. Later that year he took part in an extensive tour with a special project featuring Betty Carter, Geri Allen and Jack DeJohnette. This group was recorded live at the Royal Festival Hall in London and this recording was released in 1994 under the title Feed the Fire .

Early in 1994 Dave formed a new quartet with Steve Nelson, Eric Person and Gene Jackson . The summer was spent touring with Gateway and in December the trio recorded an album for ECM entitled Homecoming. Dave's quartet performed in Europe and America and early in 1995 the band recorded the album Dream of the Elders. The remainder of the year he toured both with his group and as a member of Herbie Hancock's trio with Gene Jackson.

During 1996 Dave took part in a world tour with Herbie Hancock's quartet, and also toured with Gateway and with his own group. He was active in the studio and performed on three grammy nominated albums: Michael Brecker's Tales from the Hudson, Herbie Hancock's The New Standard, and Billy Childs' The Child Within.

In the summer of 1997 Dave formed a new group, a quintet that features Steve Wilson, Robin Eubanks, Steve Nelson and Billy Kilson. After an extensive European tour the band recorded an album entitled Points Of View, which was released by ECM in 1998. He also performed with Herbie Hancock's New Standard group and Michael Brecker's Tales from the Hudson band, and participated in Joe Henderson's Porgy and Bess project.

Dave Holland has attained a new plateau of public popularity and critical acclaim with his current quintet. Both of the quintet's previous albums, for instance, Points of View and Prime Directive, were Grammy-nominated; the band was voted #1 Acoustic Jazz Group of the Year in the Down Beat Critics' Poll, Best Combo of the Year in the Bell Atlantic jazz Awards: the Jazz Journalists Association gave its Live Performance of the Year Award and Best Small Ensemble Award to the Holland Quintet, voted Album of the Year and also gave Holland prizes as Bass Player of the Year (twice) and Musician of the Year. Holland has also been #1 Bass Player in the Down Beat Critics Poll for three consecutive years and in 2000 received an Honorary Doctorate from the Berklee School of Music. In the midst of this 'awards-bonanza', quintet saxophonist Chris Potter became, at 29, the youngest musician ever to win the Danish Jazzpar prize, Europe's highest honour for a jazz player.

The group has made its mark by insisting on being "a group" in an age of all-star projects, and by the time-honored route of going on the road and staying there. Itineraries have taken the unit all over North and South America, Europe and Asia, including a tour of China. Despite the individual members' crowded schedules, each of them makes the quintet a priority. This year, in fact, they've been clocking in thrice with Holland, also appearing as members of his newly formed octet and big band.

"One of the things that's happening to me as I get older," says Holland, now 53, "is that I'm thinking more and more about using the totality of my experience as a player. Something Sam Rivers said a long time ago has stayed with me: 'Don't leave anything out, use it all.' That's become almost a mantra for me over the years as I've tried to find a way to build a vehicle which lets me utilise the full spectrum which includes the tradition, which includes playing the blues, which includes improvising freely. I love all that music, and there's been a desire to reconcile all those areas, to make them relevant, hopefully, in a contemporary context, as one music." 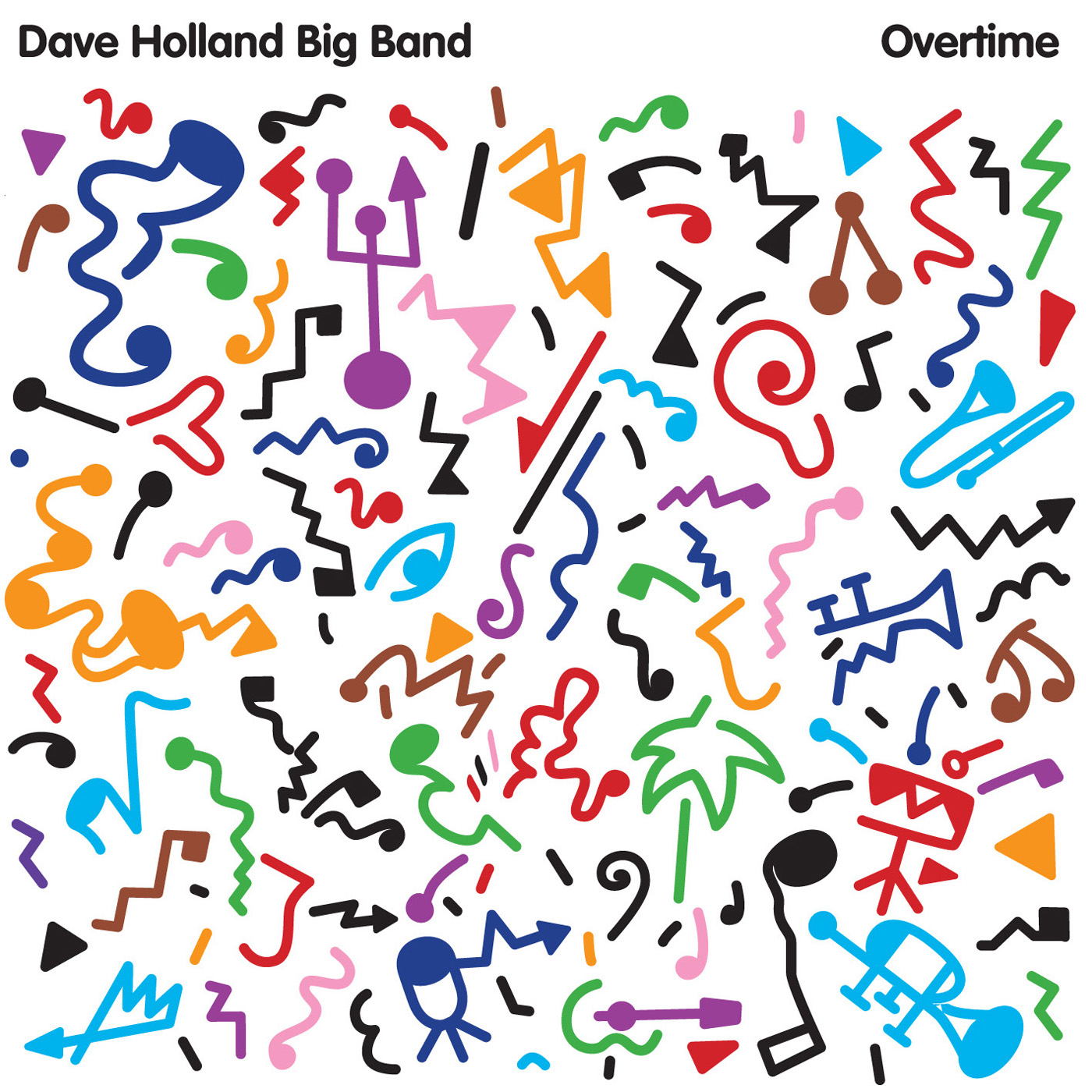 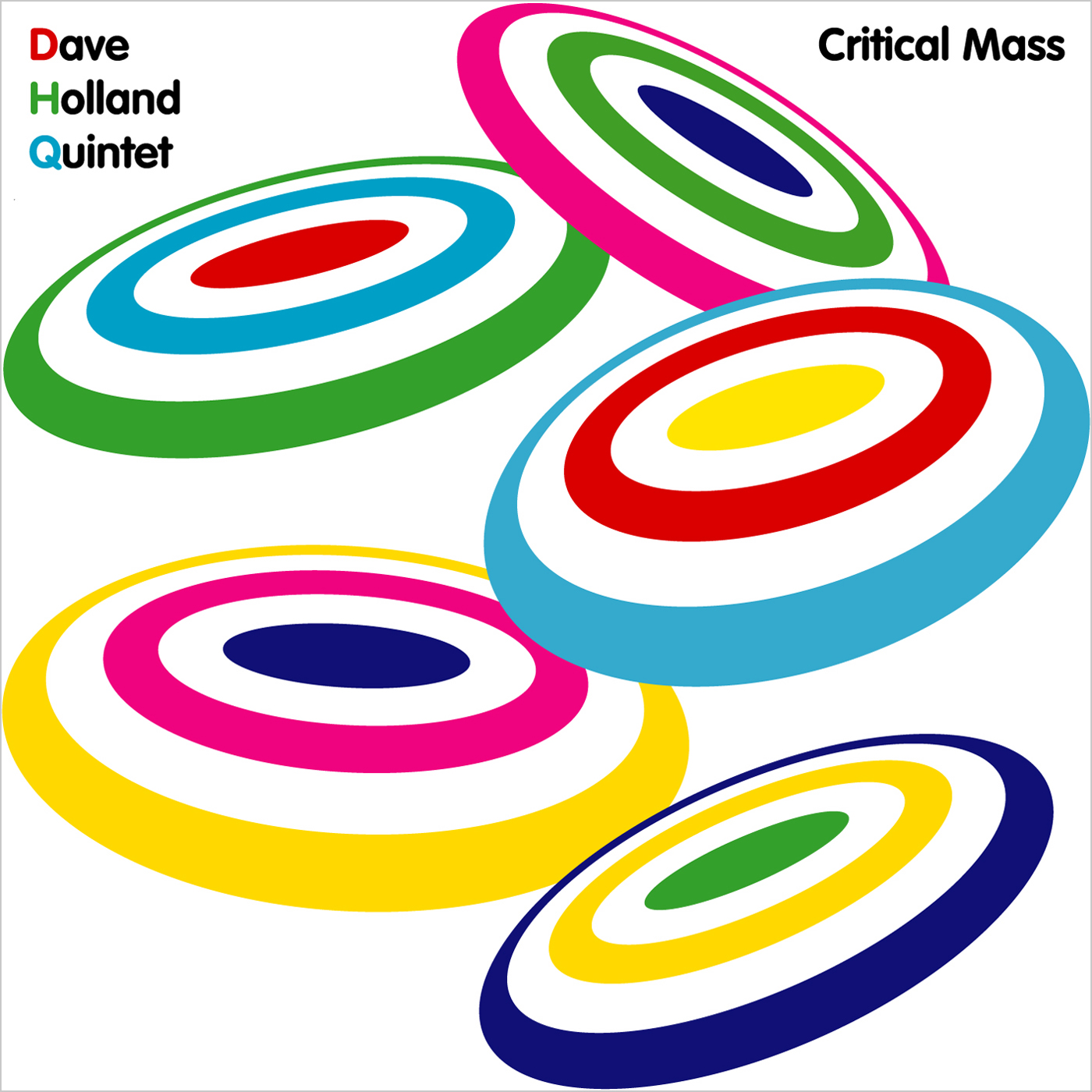