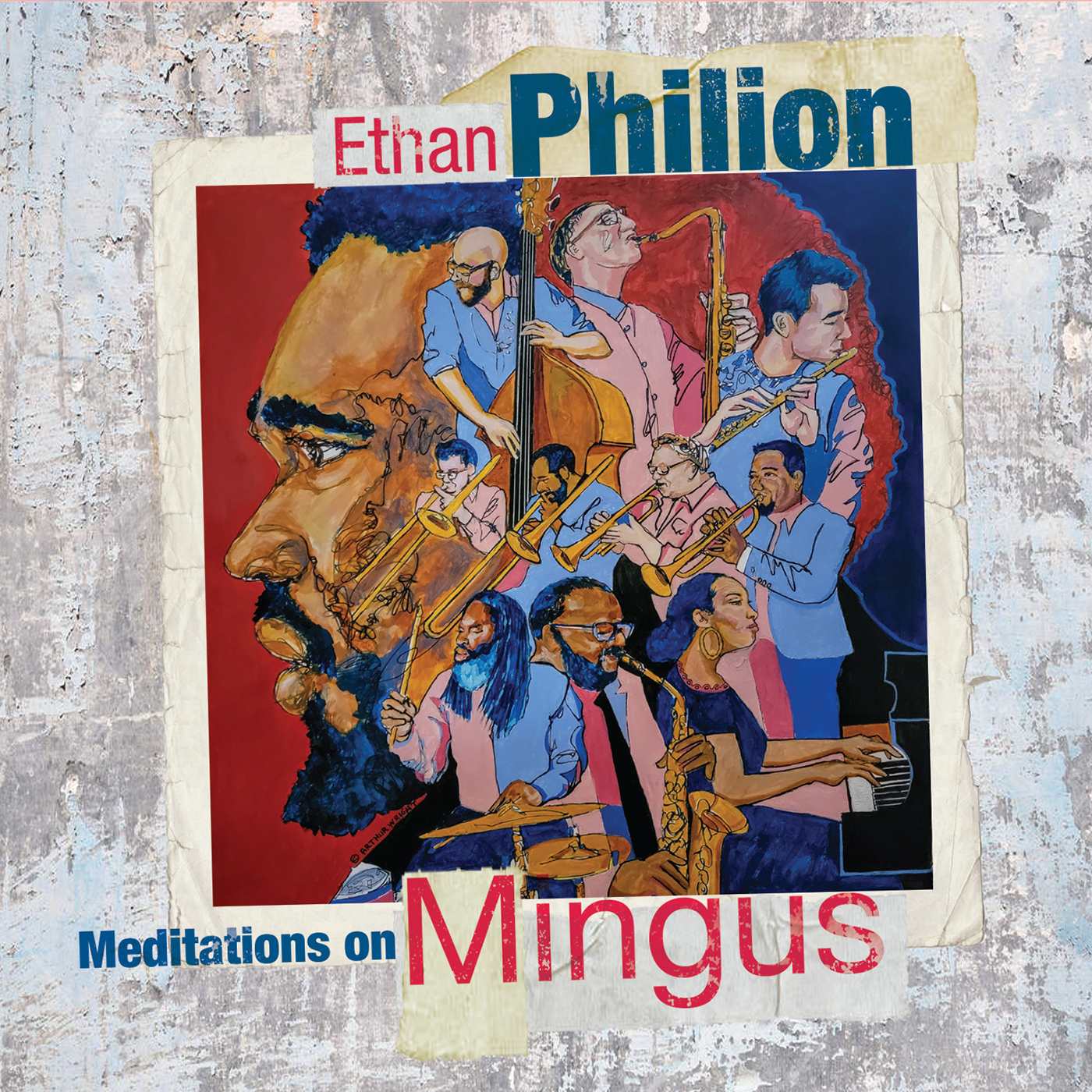 In-demand Chicago bassist Ethan Philion â praised by bass legend Rufus Reid for his âwonderful internal pulse,â and by The Washington Post for his âwell-honed chops and astounding musicalityâ â has long looked to Charles Mingus as a towering role model. Mingusâ highly physical bass technique, his up-front communicative style as a bandleader, his interest in blending composition and improvisation, his pursuit of a unified voice in both small and large group settings, and not least of all his uncompromising antiracist politics and the way they manifest throughout his oeuvre: these qualities continue to inspire Philion and so many others in the decades following Mingusâ untimely death from ALS in 1979, at age 56. // Now, in Mingusâ centennial year of 2022, Philion is proud to present Meditations on Mingus, a powerfully swinging and inventive set of Mingus masterworks as arranged by Philion himself and performed by a stellar 10-piece ensemble. âMy goal was to put together a program of pieces that speak to current events,â Philion states. âThe themes of the songs on the album â racism, prejudice, identity, economic inequality â are all still relevant to the world today. These compositions ask listeners to reflect on humanityâs continued capacity for evil, but as Mingusâs psychiatrist Edmund Pollock put it, they are also âa call for acceptance, respect, love, understanding, fellowship, freedom â a plea to change the evil in man and to end hatred.ââ // The first piece that Philion arranged, âMeditation on a Pair of Wire Cutters,â is also known as âMeditations on Integrationâ or âPraying with Eric.â Composed by Mingus as a response to inhumane imprisonment in the South, it was a showpiece for the great early to mid-â60s sextet with Eric Dolphy, Johnny Coles, Clifford Jordan, Jackie Byard and Dannie Richmond â the band that Philion declares as âmy main inspiration for performing most of this music.â Here itâs Geof Bradfield summoning the spirit of Dolphy on bass clarinet, followed by the fiery dueling trombones of Brendan Whalen and Norman Palm and the elevated pianism of Alexis Lombre. Throughout the set, in the powerful rhythm section tradition of Mingus and Richmond themselves, drummer and Chicago stalwart Dana Hall locks in with Philion at every step, giving the leaderâs probing arrangements a firm foundation.