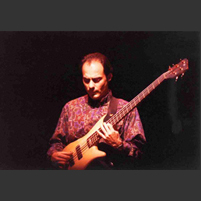 To many fans of adventurous jazz music and more specifically, it's low end portions, Dominique DiPiazza is looked upon as having turned in the greatest one-off performance in electric bass history, his virtuoso turn on John McLaughlin's Que Allegria. Recorded in 1991 and released in the Spring of 1992, it contained, literally at its center (track 5 of 10 of the CD, or, if you were a cassette holdout, the ending of side one) what was, up until that point, (ok, excepting Jaco's recorded output) arguably the quintessential two minutes in the instrument's short history- the neo-classical display of technical mastery, lyricism, and emotion- "Marie". The remainder of the album highlighted Dominique's contributions very strongly, including the title cut, which featured a melody doubled on bass and a long, astoundingly fluid solo section for Dominique. Successive world tours followed with the trio, a format McLaughlin has revisited throughout his career with resident trio percussionist Trilok Gurtu and a dizzying array of star bassists, beginning with Jeff Berlin, who was in turn succeeded by Jonas Hellborg, Kai Eckhardt and finally Dominique.

John moved on to the next thing, while fans the world over waited patiently, but expectantly, for Dominique's next offering. None came. After a period of a couple years, whether you were a player, or an intense follower of the scene in magazines or via the internet, you noticed the question starting to pop up, consistently, and repeatedly, "Does anyone out there know what happened to Dominique DiPiazza?" Not a person I spoke to did, until last year. Matt Garrison, John's last bass player (in the Heart of Things project), who I had the pleasure of interviewing for this site, knew. He told me what Dominique had been up to, and that indeed, he was still playing music, and strongly encouraged me to follow up. Matt, who is a walking personal rolodex of virtuoso musos the world over, kindly gave me an email address, one of those old numerical ones, which never panned out. Finally, early this year, news came that Dominique was visiting the west coast, which led to a mysterious French cell phone number, which got me a correct email address. Success! Unfortunately, Dominique was out west for a period of only a few days before his return to France, and did not return to the states until this June.

The opportunity to actually make face-to-face contact would mean an impossible road trip, so emissaries were put in place to do the work for me. Hence, the following list of "Thank Yous" to all who made this happen, starting with Matt, (who would have done the whole thing himself if he weren't on the road with Herbie) who basically hooked me up with the following folks. We'll start with San Diego's John DiMaggio of Bass Alone (www.bassalone.com), and move back east to the Bass Collective (http://www.thecoll.com/BCHome.html) and Warren Brown (warren@collectiveproshop.com) of the collective proshop (http://www.collectiveproshop.com) who generously coordinated and donated playing space for Dominique and young phenom (he's 22) Janek Gwizdala (http://gwizdala.freeyellow.com) an incredible bassist in his own right, who initially agreed to ask all my questions, but displayed the mind-blowing maturity and good sense to just to sit and play with Dominque. This segues nicely into the final acknowledgement, Dominic Chiaverini, (dcbass@hotmail.com), Dominique's good friend and fellow bassist, who did the meat of the work on this one, methodically asking all my questions and adding a few more of his own for good measure, providing the source tape for this interview.

So here's the revelation, which will be explained more below. After the tours with Mclaughlin's trio, while utterly at the very top of his game, Dominique elected to leave the music world for a period of time. It turned out to be seven years, during the first four which he did not touch an instrument! The positive, uplifting part of the story, is that he did so out of personal choice, not because we lost him to some tragic, yet, all-too-common, diversions of the jazz life, such as drug or alcohol addiction, or domestic family strife. Nor did the jazz world lose him due to the harsh realities of the music biz - increasingly unresponsive and unenthusiastic towards prodigious instrumental music. No folks, Dominique left music to become a Pastor, which he is today, at a church in southern France. He conducts bible studies, plays music in church weekly (or more often), and with his church, focuses on work with orphans throughout the world. Family and his duties as a pastor are preeminent, with music coming next, which is the way he wants it- how refreshing is that?

Dominique summarized his thought process regarding this shift profoundly and succinctly earlier this year, on the excellent French jazz site Jazzbreak, with the following exchange: Jazzbreak: "Dominique, you have stopped music for about 7 years, to turn yourself toward religion... what motivated you to start playing again?" Dominique DiPiazza: "First, I would like to say that I did not turn myself toward religion, but toward God... It is not easy to explain in a few words why I came back, because I would have to also explain why I stopped... but it was the time. There is a time for each thing, like the Bible says, and it was the time for me to stop, to dedicate myself a little to the writings - now it is true that I am also a Pastor, so I have two activities - and it was the time, in my walk with God, to start again, with, of course, a new vision and a new heart." He picked up the instrument again in 1997, an effort which has recently resulted in, believe it or not, the release of one of last year's top fusion CD's, as evidenced by it's capturing the equivalent of a grammy in France.

Front Page (CD Emarcy/Universal 549045-2) consisits of the dream power trio of Bireli Lagrene (guitar), Dennis Chambers (drums) and Dominique on bass, and includes a guest appearance by McLaughlin himself. Contributing to Dominique's cloak of mystery in America, this cd is only available as am import, with the two best sources being Audiophile Imports (www.audiophileimports.com) and Amazon's French version. Dominique was light years ahead of his time, anyway, so it comes as no surprise that his playing hasn't missed a step. The funny thing is, Dominique is emphatic that his playing has improved since the release of Front Page, and I wouldn't doubt it- as Janek said to me, the day after playing with Dominique, "He is executing things on the bass I did not believe were possible 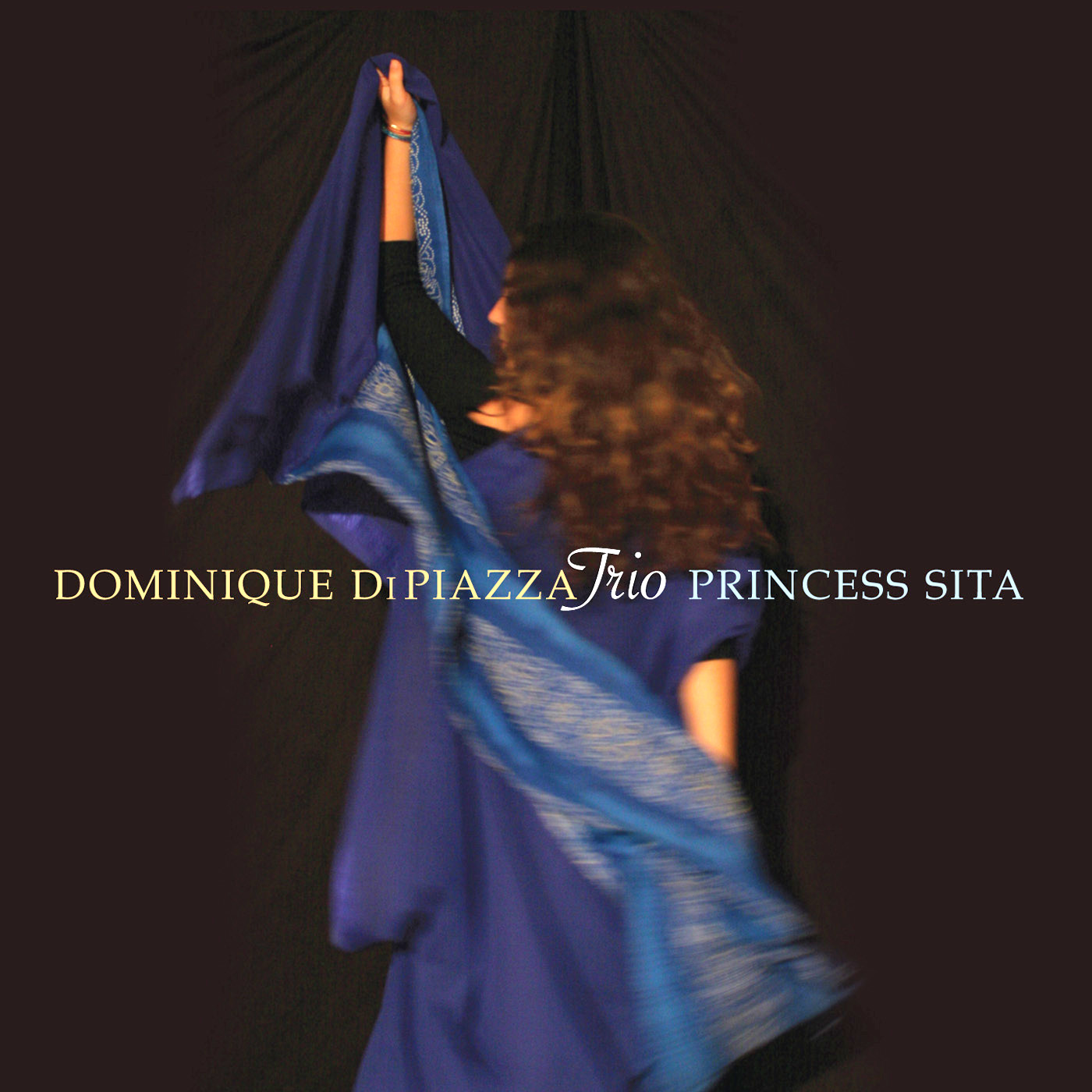 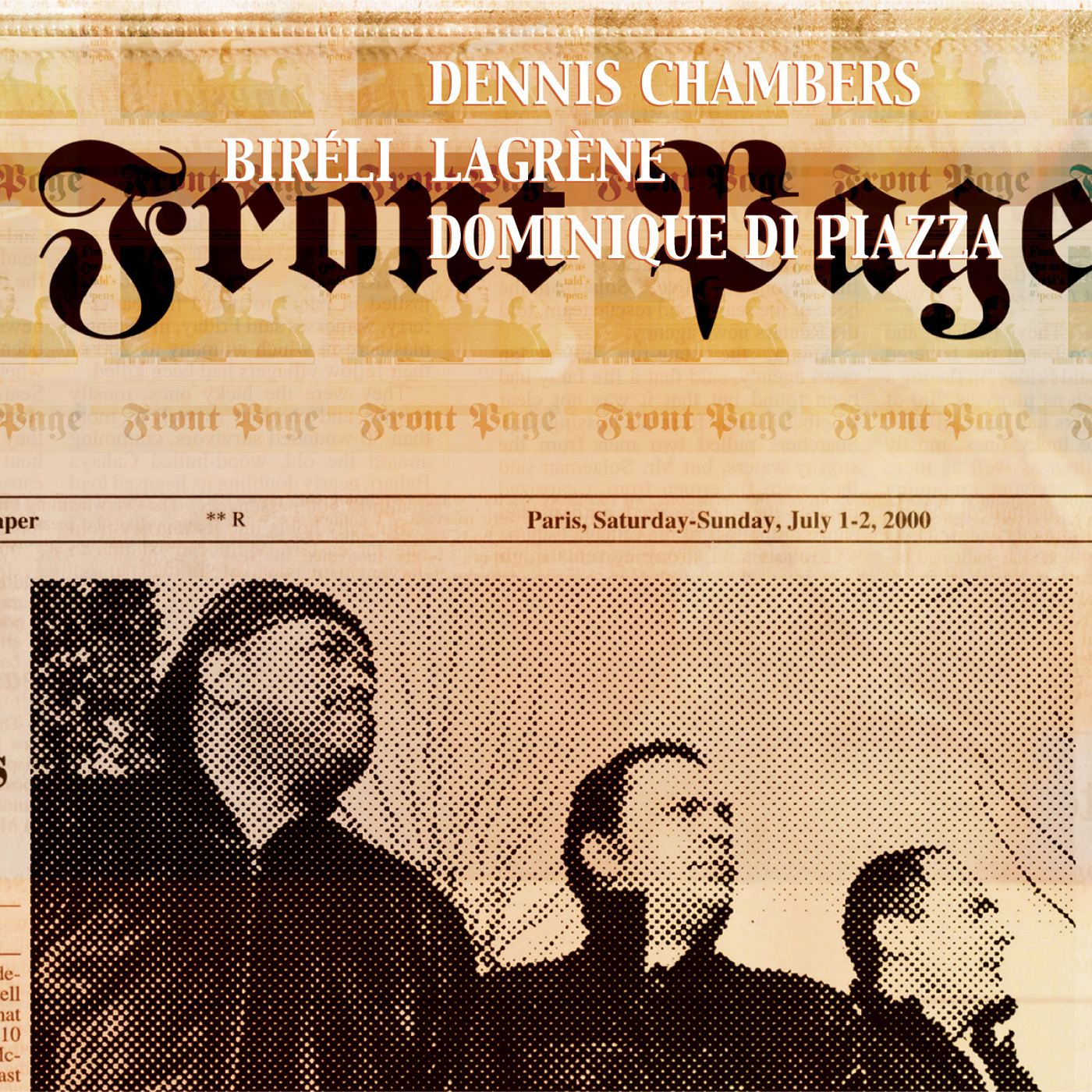