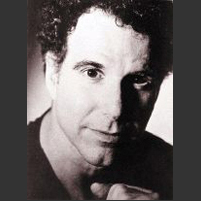 Pianist Marc Copland first came to public attention with his trio with Gary Peacock and Billy Hart, later with his All-Star quintet with Randy Brecker, Bob Berg, and Dennis Chambers, and still later with his quartet with guitarist John Abercrombie. His Denon/Savoy recordings of the 1990's are now being followed by a spate of new releases in 2001-2002.

Copland's newest discs are his solo debut, "Poetic Motion," and the trio CD "Haunted Heart and Other Ballads" (Hatology). The CDs have been cited as "discovery of the year" (Die Zeit/Germany), "gold record of the month" (Diapason/France), "publisher's pick" (AllAboutJazz.com/USA), etc.

"â¦His harmonic sophistication, his touch, and control of dynamics with the foot pedal have all become-well-the stuff of legend. There are actually stories of young piano players who go to a Copland gig and then sit right near the stage to stare at his feet, to observe the nuance of how he works the damper pedal of the piano." (AllAboutJazz.com)

"Born 27 May 1948, Philadelphia, Pennsylvania, USA. Playing saxophone, Copland was a part of the vibrant music scene in Philadelphia before going to New York where he met John Abercrombie and also played with Chico Hamilton, Ralph Towner and others. He experimented with the electric alto saxophone but gradually became dissatisfied with the direction his music was taking and quit playing saxophone in order to study piano. He was gone for almost a decade but upon his return to the jazz world in the mid-80s his piano playing was a revelation. At first he might have displayed hints of influences such as Bill Evans, Keith Jarrett and Herbie Hancock, but before the decade was out his own vividly original style was firmly in place. During these years he played with Joe Lovano, Jane Ira Bloom, Tim Hagans, James Moody, Wallace Roney and many others, including recording sessions at which he was reunited with Abercrombie. He also built long-lasting musical relationships with bassist Gary Peacock and drummer Billy Hart. In the late 90s Copland's international fame was spreading, owing in part to several well-received albums and tours, including worldwide trio and quintet tours, and European dates which brought him once again into partnership with Abercrombie, along with Ken Wheeler.

"Copland's playing is filled with color that especially enhances his ballad playing. On up-tempo numbers his playing not only demonstrates quicksilver thinking, but also the technical skills needed to realize his brilliant conceptions. As an accompanist Copland is especially gifted, fashioning an undercurrent of swing that makes any band burn. Copland is also an accomplished composer and teacher." (the Muze).