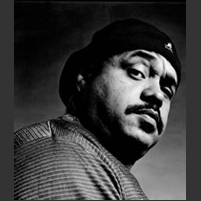 Dennis Chambers started playing drums at the age of 4 and by the age of 6 he was playing in night clubs.
Chambers had no former schooling in music. All his musical training came from playing in night clubs. At the age of 18 he went from High School to a band called Parliament and Funkadelic. He joined the band in 1978 and played until 1985.
From that point he joined Special EFX in 1985.
In 1987 Chambers joined the David Sanborn Band and the John Scofield Band which ended 1989. Shortly afterwards he joined the Mike Stern/Bob Berg Band.
From that time he has played in other bands and with bandleaders such as: Bill Evans, Mike Urbaniak, George Duke, Stanley Clarke, Steve Kahn, The Brecker Brothers Band and many others.
He also recorded his own record Getting Even with Pioneer Records and instructional Video with DCI