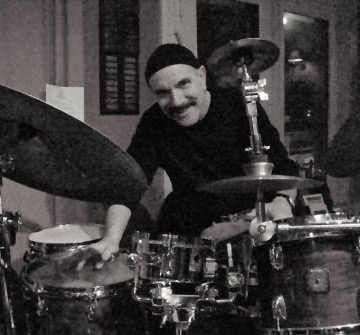 Michael leads three distinct but interrelated lives. As a college professor, he holds a Ph.D. in education, and two Masterâs degrees, in English and education respectively. He has taught at three prominent universities and is currently in residence at Bloomsburg University of Pennsylvania, where he teaches writing. Michael has also been active as an award-winning poet, writer, and jazz journalist, often writing liner notes and promotional material for such luminaries as Bennie Maupin, Bob Brookmeyer, Darek Oles, and the late Bob Florence. His work has been published in many literary journals, and he has authored three books of poetry and fiction, and is currently writing a book about jazz.


In addition to his performance activities, Michael was awarded composition grants from the National Endowment for the Arts and the Percussive Arts Society. The former afforded him the opportunity to write a large ensemble piece called âShapes and Visionsâ for the vibraphonist Karl Berger, which was performed at the Museum of Natural History in Washington, D.C.; and the latter gave him the opportunity to compose a solo work for drum set called âDownside-Up,â which has been performed frequently at regional and national competitions, recitals, and festivals. His poem,"Memorandum," has been set to music for choral ensemble and received its world premiere recently at the University of Miami.