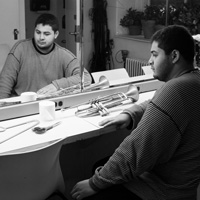 "...Adam is not only a commanding trumpet player, but a compelling composer."- John Murphy, Downbeat Magazine

"improvises in his own language...takes the basic constructs of bop and forges something completely different with it."- S. Victor Aaron, Something Else


Adam O'Farrill was born in Brooklyn, NY on September 8th, 1994. He grew up surrounded by a deep musical legacy. His grandfather was Chico O'Farrill, the legendary Afro-Cuban composer and arranger (worked with Benny Goodman, Count Basie, Stan Kenton among others). His father is jazz pianist and bandleader Arturo O'Farrill, who also founded the nonprofit organization, Afro Latin Jazz Alliance. His mother, Alison Deane, is a classical pianist and professor at CUNY City College. His brother, Zack O'Farrill, is a drummer and composer. Adam began studying piano at age 6, and trumpet at age 8.

O'Farrill attended the famous Fiorello H. LaGuardia High School of Music, Art and Performing Arts, where he met one of his most influential teachers, Robert Apostle. He now is finishing up his undergraduate studies at the Manhattan School of Music where he has studied trumpet with Laurie Frink, Thomas Smith, Tony Kadleck, and Greg Gisbert, and is currently studying composition with Reiko Fueting. He also attended the Banff Centre in Summer 2013 for the Jazz and Creative Music Workshop, directed by Vijay Iyer.

Adam released two albums with his brother, under the O'Farrill Brothers Band, on ZOHO Music. They are 2011's Giant Peach, and 2013's Sensing Flight. Both received critical acclaim, especially the latter one. Sensing Flight was one of Jazztimes' Top 50 Albums of 2013, and also received a 4-star review in Downbeat Magazine. Dan Bilawsky of All About Jazz said of the album: â...drummer Zachary O'Farrill and still-in-his-teens trumpeter Adam O'Farrill have gone a step beyond, reaching a level of artistic confidence that eludes most musicians of any age.â

In November 2014, O'Farrill competed in the 2014 Thelonious Monk International Jazz Trumpet Competition, where he performed before a panel of judges that was comprised of Ambrose Akinmusire, Randy Brecker, Roy Hargrove, Quincy Jones, Jimmy Owens, and Arturo Sandaval. He was one of the top 3 finalists (of 13 semifinalists, and hundreds of applications), and was awarded 3rd Place. In March 2014, Adam was a member of MSM Jazz Arts Quintet, and they competed at the Keep an Eye Competition in Amsterdam, NL. O'Farrill won the Best Soloist prize for his performance, and the group went on to win the 1st Place prize. He is also a recipient of the ASCAP Gerswhin Award and the ASCAP Student Jazz Composer Award.

In 2014, Adam also formed his first band as a leader, a quartet called Stranger Days. It is comprised of Chad Lefkowitz-Brown on tenor saxophone, Walter Stinson on bass, and Zack O'Farrill on drums. Very much influenced by film and theater, the band takes ideas of human nature and conversation and finds new musical and instrumental applications of those ideas within the framework of the band and the compositions, which are mainly of Adam's. Each piece is meant to feel like a scene, where the focus is put on the characters' actions, both in dialogic and coloristic ways, and how those actions affect the landscape of the piece. In this case, the musicians are the characters.

Recently, Adam was featured on saxophonist Rudresh Mahanthappa's new 2015 album, Bird Calls. It is a Charlie Parker inspired project, and O'Farrill is featured alongside Mahanthappa, pianist Matt Mitchell, bassist Francois Moutin, and drummer Rudy Royston. It was released on the ACT Label in February, and has garnered wide critical acclaim. Ben Ratliff of the NY Times said of O'Farrill's performance: âa poised and battling straight-ahead jazz musician, running variations on the unusual melodic material and attacking it with complete presence, in his own voice.â Will Layman of PopMatters says: âAdam O'Farrill, just a kid, feels like a headline flying off the front of the Times: sizzling and sharp, assured the way you dream of being, and unable to play an obvious line, a clichÃ©, a standard phrase.â

Adam O'Farrill's Stranger Days has performed at many venues, including the BMCC Tribeca Performing Arts Center, The Jazz Gallery, Yale University, and Williams College. They just recorded an album in January, co-produced by Arturo O'Farrill. The album does not currently have a title or release date, but is expected to come out in the Fall of 2015. Stranger Days will be holding a mini-residency at the New York Botanical Garden this summer, as a part of the Frida Kahlo: Art-Garden-Life exhibition. They will perform original and existing music inspired not only by traditional Mexican music of all kinds, but also the life and art of Frida Kahlo. Check the SHOWS page for upcoming dates. 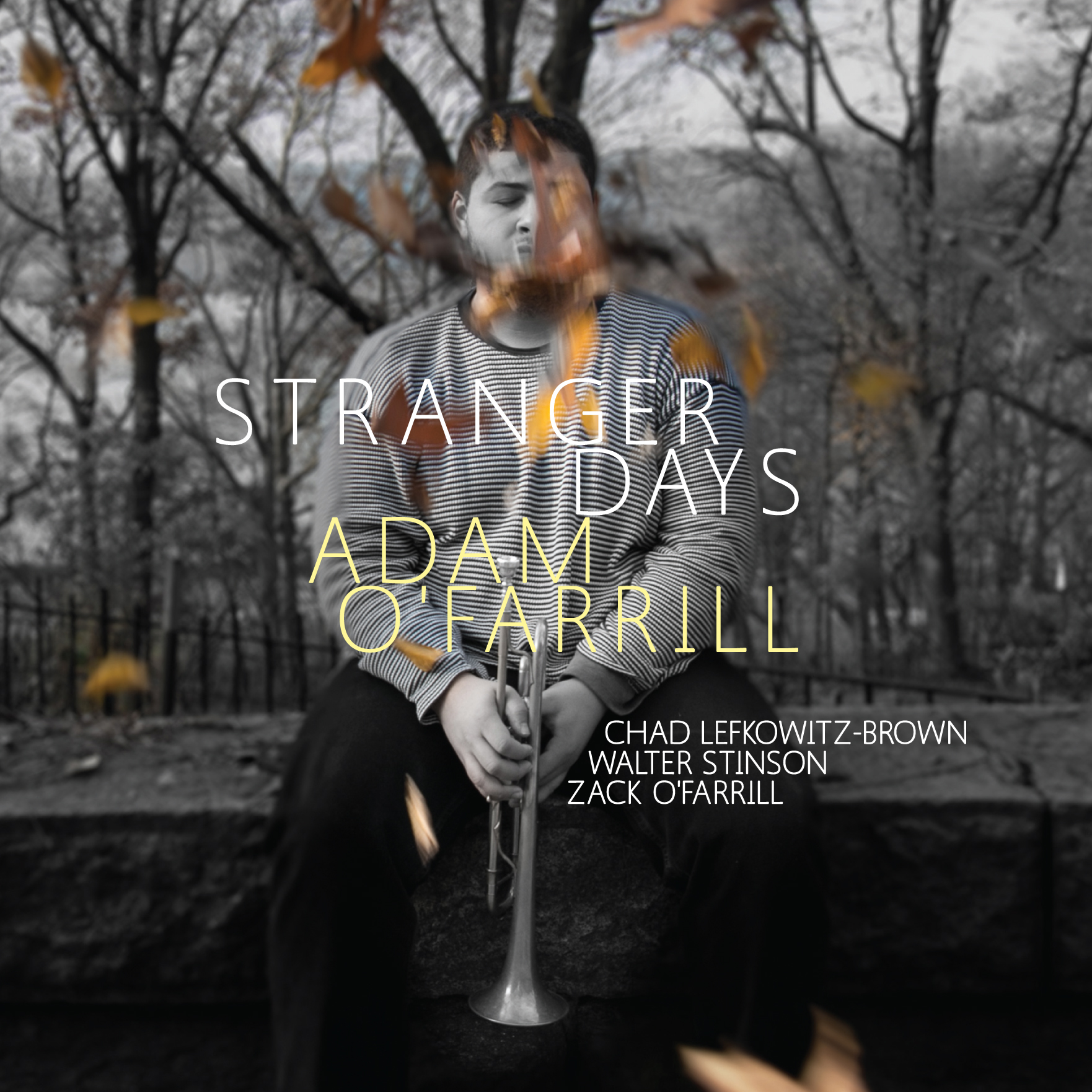