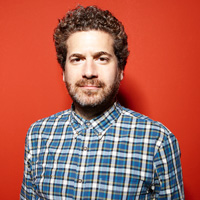 Kevin Hays is internationally recognized as one of the premier jazz pianists of his generation. Many of his 15 recordings as leader have received critical acclaim from publications such as The New York Times, Downbeat Magazine and Jazz Times, as well as a âCoup de Coeurâ from the AcadÃ©mie Charles Cros (France). A prolific sideman appearing on over 60 records, Kevinâs long list of notable musical associations include records with Chris Potter, Joshua Redman, Nicholas Payton, and Al Foster.

2011âs Modern Music (Nonesuch), a piano duo collaboration with Brad Mehldau and composer Patrick Zimmerli, garnered widespread critical acclaim. The duo premiered several works at Carnegie Hall, and has toured throughout the US, Europe, and South America. The solo Variations (Pirouet, 2011), was released to excellent reviews throughout North America and Europe. The record features three sets of improvised variations on several original themes, along with exquisite variations on a fugue by Robert Schumann.

The trio recorded their first album, New Day, during the summer of 2014. With 9 new original compositions and several vocal performances, including an arresting rendition of Jimmy Webbâs classic âHighwaymanâ, New Day marks Haysâs return to the studio and first release in over 3 years. Produced by Matt Pierson (Brad Mehldau, Joshua Redman, Mark Turner), the new album also features special guests Gregoire Maret (harmonica) and Tony Scherr (guitar), and the core trio of Jost and Joseph. The record will be released in early 2015.

A jolt of joy!
â The New York Times

There are plenty of talented pianistsâ¦ but few have Haysâs melodic charms and sense of style.
â The New Yorker

Stellar! Kevin Hays is a true original. Everything he plays has a deep intelligence and swing.
â Brad Mehldau

Iâve never met a musician who is as perfect in their approach to improvisation.
â Nicholas Payton

From the first notes he played I knew that here was a musician!
â Bob Belden (Grammy winning producer)