Jean-Michel Pilc moved to New York City in 1995. There, he formed a trio with FranÃ§ois Moutin (bass) and Ari Hoenig (drums). They recorded a one-week engagement at the legendary jazz club Sweet Basil and, in 2000, released two CDs: Jean-Michel Pilc Trio - Together - Live at Sweet Basil, NYC - Vol. 1 & 2 (A- Records).

Pilc then signed a record deal with Dreyfus Jazz. Pilc's first album for Dreyfus, Welcome Home (featuring the same trio), was released in 2002.

In 2004, Jean- Michel released his first solo album, Follow Me (Dreyfus). Jean-Michel Pilc then went back to trio format to record Live at Iridium, NYC, in 2004, New Dreams in 2006,and True Story in 2009 (featuring Billy Hart), all three for Dreyfus Jazz.

Pilcâs next two albums were both released in 2011 on the Motema label to great critical acclaim: âEssentialâ, a live solo piano recording, and âThreedomâ, featuring his legendary trio with FranÃ§ois Moutin & Ari Hoenig, which has re-formed in 2010 under the collective name Pilc Moutin Hoenig.

There is also a documentary out by John McCormick about Jean-Michel titled âJean-Michel Pilc â A Portraitâ which was released in the US in 2009.

In 2009 Pilc received his second New Works: Creation and Presentation Grant from Chamber Music America. His new project has been the writing and performance of âModern Lightsâ â a composition reflecting Charlie Chaplinâs work, and the inspiration Pilc has gained from his movies. The project was premiered at the Caramoor Jazz Festival in August 2009.

Since 2006, he is a NYU Steinhardt faculty member. There, he is giving private lessons (piano and other instruments), ensemble classes and improvisation workshops. He was also co-director of NYU Summer Jazz Improv Workshop in 2010. Jean-Michel is also teaching for the New School in NYC, as well as privately.

Pilc has recently released a book, "It's About Music - The Art and Heart of Improvisation" (Glen Lyon Books) and an educational video for all instruments, "True Jazz Improvisation" (JazzHeaven). Another video about piano playing and practicing is in the works. More info on Educator Page.

Jean-Michel is also a virtuoso whistler (as documented on a solo piano & whistle track in the CD âChristmas from the Blue Noteâ released in 2010 on the "Half Note" label).

In 2013, Jean-Michel has been granted a Fellowship by the John Simon Guggenheim Memorial Foundation, in the Music Composition category. The project is an octet, "Big One", featuring all new, original music.

In 2014, Jean-Michel is releasing "What Is This Thing Called?", his third solo album and first release for Sunnyside Records.

He is also forming a new trio featuring Ira Coleman on bass and Victor Lewis on drums, a highly exciting combination.

"His densely harmonic reinventions of standards you thought you knew clearly shows a musical genius at work."
Eric Brace, The Washington Post

âOne of the astounding jazz piano trios of the past decade.â
Don Williamson, Jazz Review

"Mr Pilc seems to have dropped from the sky fully formed, with technique and his ideas in place. He is a physical and densely harmonic player, a splashy stunner who also has a Rubik's-cube mind for chord substitutions."
Ben Ratliff, New York Times

"...visual art references come to mind: Cubist renderings of melody in which the original is reshaped into a completely different visual perspective; the shimmering opaqueness of Impressionism in some of Pilc's lush harmonies..."
Don Heckman, Los Angeles Times

"Follow Me" stands a major summation of Pilc's keyboard art, which has no counterparts. Pilc ranks among today's titans of the instrument... there's more to his art than the speed, precision and power of his 10 phenomenal fingers."
Howard Reich, Chicago Tribune(2004 10 best jazz CDs)

"I am absolutely stunned by the work of pianist Jean-Michel Pilc... The rhythm section sizzles under (his) leadership."
Bob Dorough, vocalist.

"...make no mistake about it, to his credit, Mr. Pilc is very unique... I would say that this trio starts at Mars, and then goes from there. Don't expect anything resembling conventional interpretations. This is fascinating and rewarding music..."
Rick Helzer, Jazz Improv

"The big discovery in the acoustic field was Jean-Michel Pilc. His sound is majestic, his statements urging. Supported by an equally strong rhythm section it didn't take him much effort to get Carel-Willinck Hall steaming..."
NRC Handelsblad, reporting on a North Sea Jazz Festival appearance.

"While never dry or abstract, Pilc is a model for playing a little to say a lot."
Mark Keresman, Jazziz

"should be studied in every music school in the galaxy..."
Harvey Siders, Jazz Times +Top 50 Picks for Critics Picks 2003

"...ridiculously well-balanced, and trading in the kind of grace that still has the power to shake a room. Keith Jarrett found something similar... Pilc's nudging it a bit further down the line."
Down Beat, four Star Hot Box review 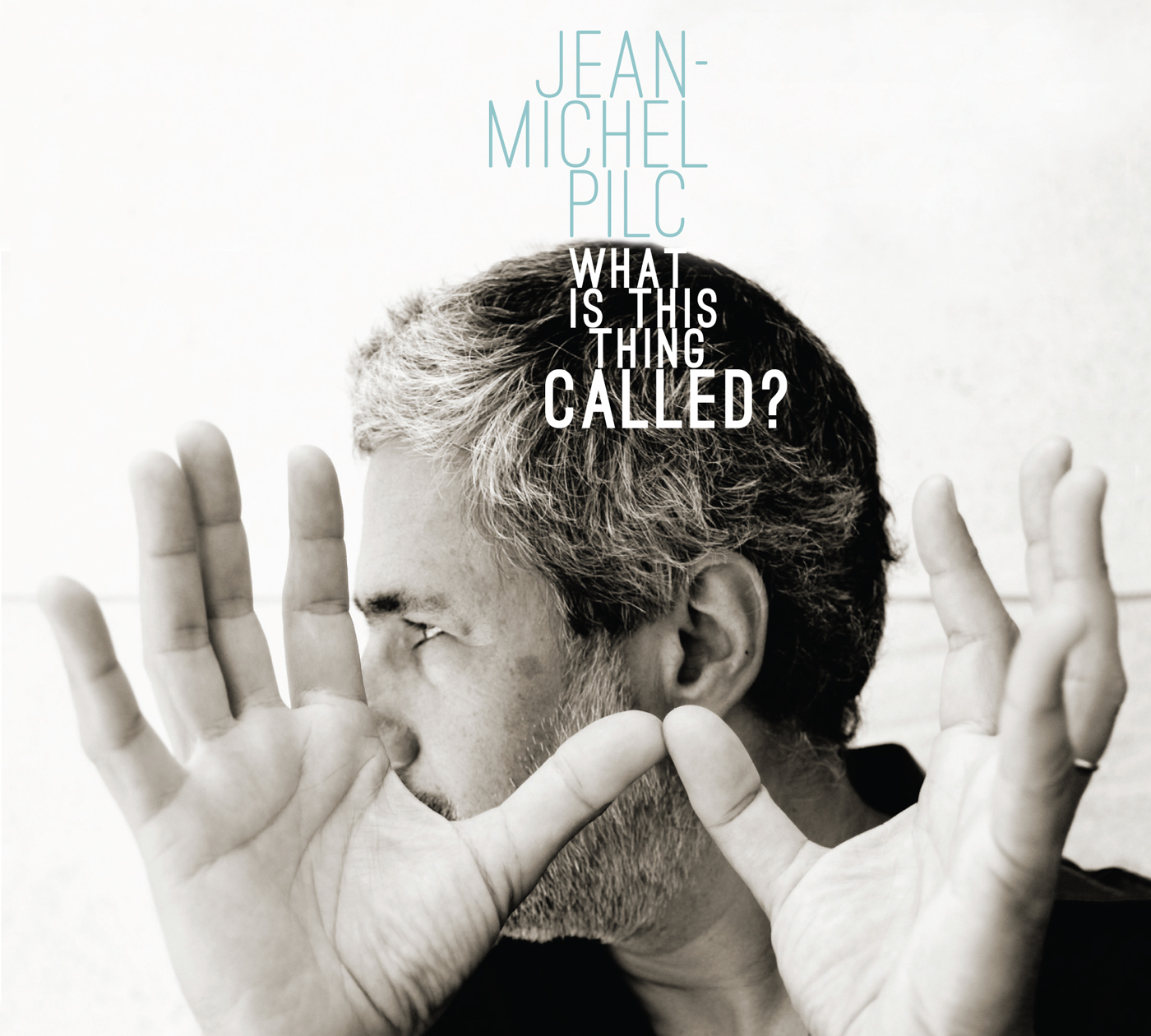 What Is This Thing Called?