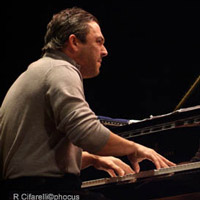 Joey Calderazzo is one of the leading pianists in the jazz realm. As he approaches nearly two decades as a definitive accompanist, and sees his output, as a composer, performer and leader grow deeper and more diverse, Calderazzo sustains a trajectory of growing command and maturity.

Calderazzo was born on February 27, 1965 in New Rochelle, New York. Inspired by a friend who lived next door, Calderazzo began his piano studies at age seven. He progressed rapidly in a house where other family members were also playing drums and singing, and at 14 became the youngest member of brother Geneâs rock band. When the other, significantly older band members enrolled at Bostonâs Berklee College of Music and switched their allegiance to jazz, the younger Calderazzo set aside his passions for the Beatles and Led Zeppelin, began listening to Oscar Peterson, Chick Corea, Herbie Hancock and McCoy Tyner, and proved that he was still able to hang with the bigger boys, including the many musicians in New York with whom he began sitting in at age 17.

While Calderazzo has partnered with a resume-choking list of musical greats, relationships with two tenor saxophonists that began in his teenage years have given critical impetus to his growing stature. The pianist met the late Michael Brecker at a clinic, and soon Brecker was introducing Calderazzo to the jazz world as part of the touring Michael Brecker Quintet beginning in 1987 and on two tracks of the saxophonistâs 1988 album Donât Try This at Home. âMichael put me on the map,â Calderazzo acknowledges. âThere was no philosophy, no metaphysics behind playingâ¦it was just life, just music and one of the best experiences Iâve had.â Brecker produced Calderazzoâs first disc, In the Door (Blue Note, recorded 1990) and played on it along with two other tenor saxophonists who Calderazzo had met in Boston, Jerry Bergonzi and brother Geneâs Berklee roommate Branford Marsalis.

As the â90s progressed, Calderazzo built his reputation as one of the most fearless and commanding of the new jazz generation. Two more Blue Note albums, To Know One (recorded 1991) with Bergonzi and Marsalis again featured and the rhythm section completed by Dave Holland and producer Jack DeJohnette, and The Traveler (recorded 1992) featuring two different trios, included more impressive playing and writing, while Secrets (Audioquest, recorded 1995), took new imaginative leaps as Bob Belden surrounded Calderazzoâs trio with a seven-piece ensemble. The ongoing relationship with Brecker found Calderazzo contributing as composer as well as pianist on the saxophonistâs Tales from the Hudson, and as pianist, composer and co-producer on Two Blocks from the Edge. There were further encounters with Bergonzi as well, most frequently in a well-documented quintet led by bassist Bruce Gertz, and the beginning of a more active relationship with Marsalis when Calderazzo assumed one of the keyboard chairs in Marsalisâ Buckshot Le Fonque, touring with the group and contributing to its second disc, Music Evolution.

When the great Kenny Kirkland died in 1998, Calderazzo assumed Kirklandâs chair in the Branford Marsalis Quartet. The intense working relationship with Marsalis, which remains active to this day, called upon a new scope and maturity from the pianist that complements his own emergence as both man and musician. âIn the last ten years, as Iâve gotten older, Iâve changed my point of view and gained focus. Iâve gone backward in the sense of absorbing earlier giants such as Bud Powell, Thelonious Monk, Jelly Roll Morton and James P. Johnson. Iâve put myself in difficult musical situations, playing music I never previously tried with people I never previously worked with, because difficult situations are what make musicians improve. Iâve started a process which is establishing my own path.â Among the recorded evidence of this periodâs triumphs are Joey Calderazzo (Columbia, recorded 1999), his definitive trio recital to date, with John Patitucci and Jeff âTainâ Watts, and his contributions to Marsalisâ CDs Contemporary Jazz, Footsteps of Our Fathers, Romare Bearden Revealed, Eternal and DVD Coltraneâs `A Love Supremeâ Live in Amsterdam. The latest Branford Marsalis Quartet release, Braggtown, features Calderazzoâs composition âFaithâ as well as his piano.

Calderazzoâs signing as one of the first artists on Branfordâs Marsalis Music label in 2002 coincided with the latest growth spurt in the pianistâs career. âIâve struggled with the feeling that I could play better my whole life,â he reflects, âwhile always feeling that my technique was good enough to play what I hear. Now I realize that the perfect technical take is not always the perfect musical take, and Iâm starting to hear things that I canât always play. Studying more music has opened me up to different possibilities, and playing more solo piano has pushed me closer to the point where the piano itself does not get in the way. The sound Iâm getting is better, deeper; and as I write more, I find that the music is calling for the human voice.â These interests initially surfaced on Haiku (Marsalis Music, recorded 2002), his first all-solo disc; were in full flower during his first solo piano tour of Europe early in 2006; and define his current Marsalis Music album, Amanacer, scheduled for release on June 5, 2007, featuring duo and trio performances with singer Claudia AcuÃ±a and guitarist Romero Lubambo as well as more brilliant solos.

Now a resident of Wake Forest, North Carolina, Calderazzo continues to perform as a solo pianist, at the head of a trio (most frequently with Marsalis Quartet partners Watts and bassist Eric Revis or bassist Orlando Le Fleming and drummer Jukkis Uotila) and as a member of the Branford Marsalis Quartet, and looks forward to building upon the innovative sounds of Amanacer in a series of concert performances. 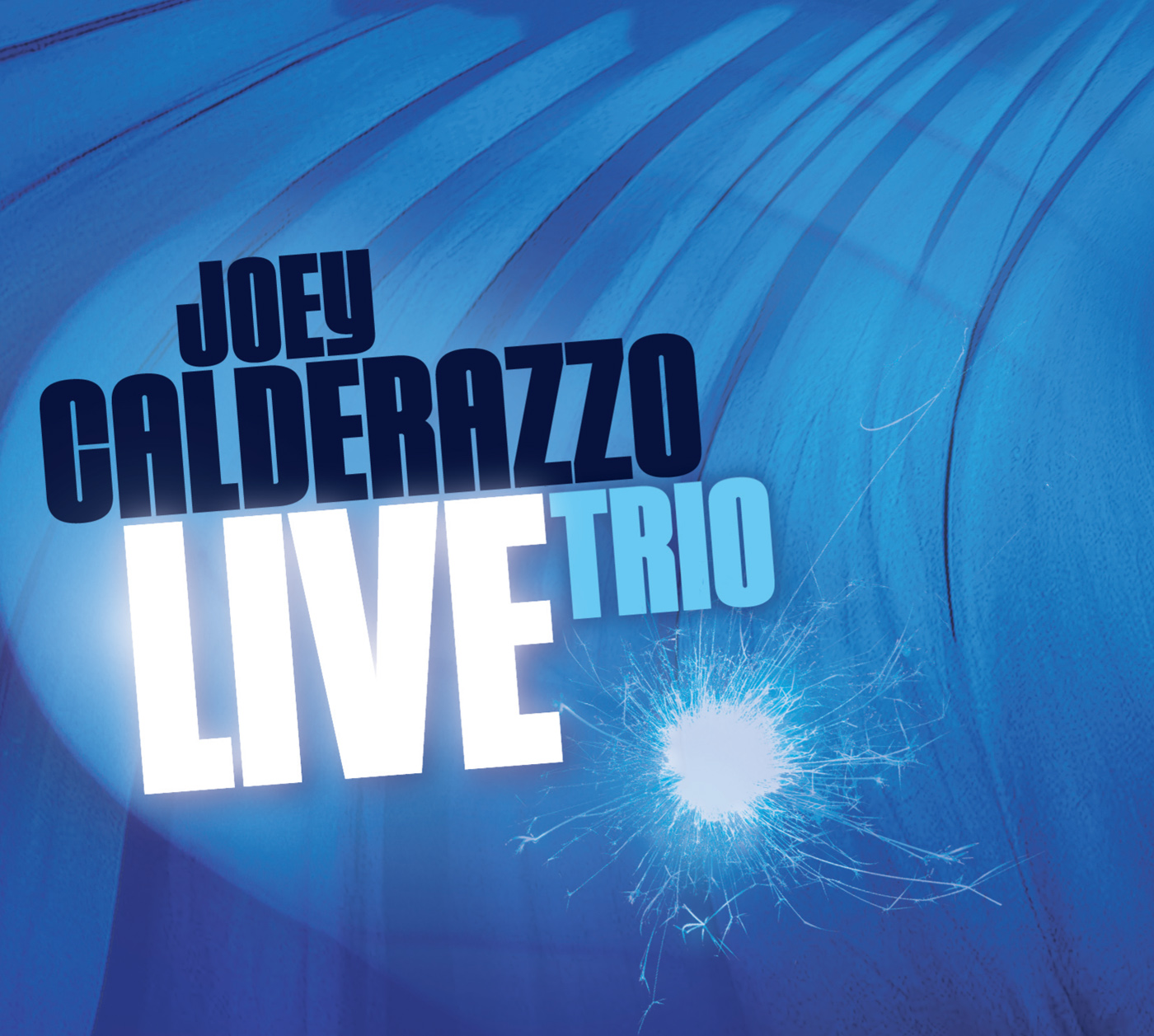 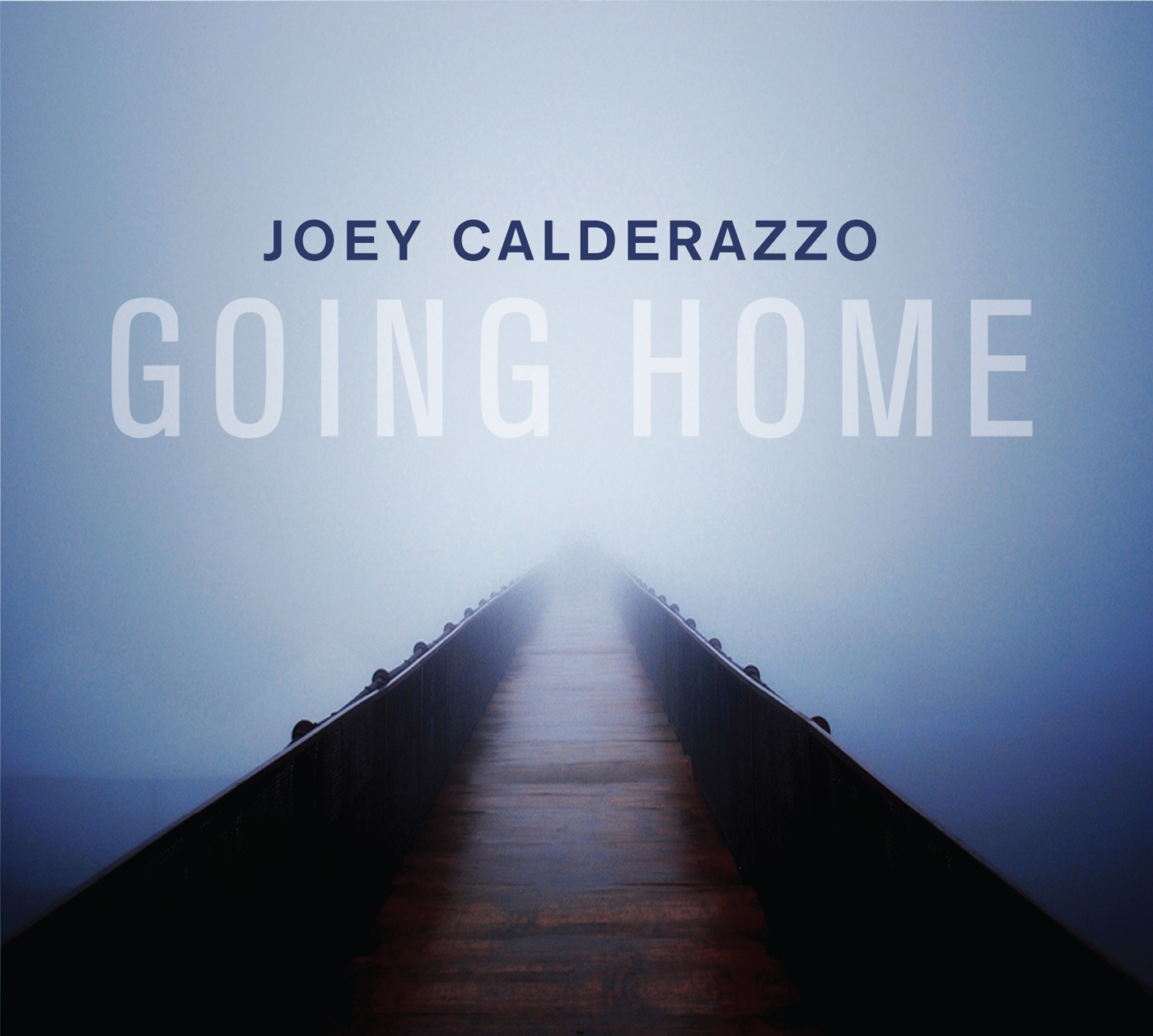