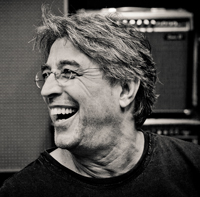 Ivan GuimarÃ£es Lins (born June 16, 1945) is a Latin Grammy-winning Brazilian musician. He has been an active performer and songwriter of Brazilian popular music (MPB) and jazz for over 30 years. His first hit, âMadalena,â was recorded by Elis Regina in 1970. Beyond his own performance of his compositions, Simone is his most notable and respected interpreter. His 1989 hit song "Love Dance" is one of the most re-recorded songs in musical history.
Testifying to Lins's importance as a composer is the frequency with which tribute albums and new covers of his compositions appear. His jazz classics have been recorded by many notable international artists including Sarah Vaughan, Ella Fitzgerald, Barbra Streisand, Quincy Jones, George Benson, the Manhattan Transfer, Diane Schuur, Carmen McRae, Nancy Wilson, Eliane Elias, Patti Austin, Sting, Toots Thielemans, Take 6, Lee Ritenour, David Benoit, Carlos do Carmo, Mark Murphy, Dave Grusin, SÃ©rgio Mendes, Michael BublÃ©, and countless others.

Ivan Lins was born in Rio de Janeiro. He spent several years in Boston, Massachusetts, while his father, a naval engineer, continued his graduate studies at M.I.T., studied at the Military College in Rio. He later received a degree in industrial chemical engineering from the Federal University of Rio de Janeiro. He considered a career in volleyball before discovering his considerable musical talent. Ivan Lins currently resides in Rio de Janeiro, Brazil.

Ivan Lins has released albums regularly and penned several standards, such as "Love Dance," "ComeÃ§ar de Novo" (Starting Over) (the English lyric version is titled "The Island," with lyrics by Alan and Marilyn Bergman), and "Velas IÃ§adas," which have made their way north into the American jazz lexicon. He recorded in English for Reprise/Warner Bros. Records in the early 1990s.
In the mid-eighties, Lins recorded a jazz fusion album with Dave Grusin and Lee Ritenour titled "Harlequin" which was a critical and commercial success. Lins also composed the soundtrack for the Brazilian film Dois CÃ³rregos.
Lins' longtime composing partner is Vitor Martins. Their songs typically feature lush harmony with a distinctive jazz sensibility. One signature voicing he often employs in his own performances is the delayed addition of a ♯11 to a sus13 chord, or the delayed addition of a ♭9 to a sus13 chord.
Ivan Lins appeared as guest performer on the albums Dois Mundos (1998) and Recorded in Rio (2003) of the Dutch artist Josee Koning. Also he appeared on the album Call Me Irresponsible (2007) of the artist Michael BublÃ© and with singer/songwriter Paula Cole on her 2007 CD, Courage (Paula Cole album), singing a duet with her on the song "Hard to be Soft".
Jazz reporter and music critic David Adler[1] reported Linsâs October 2000 Carnegie Hall concert performance and tribute to him. The event corresponded with the tribute album titled A Love Affair, released by Telarc Records. Headline performers from diverse genres participated in celebrating the man and his music on the recording and in the world-class performance hall, a noteworthy accomplishment in the history of any musician.
Lins maintains an active touring schedule, including a 2003 appearance at the Blue Note in New York City. In May, 2008, he returned to New York, performing with Rosa Passos at Jazz at Lincoln Center.
Ivan Lins is a political artist and musical icon in his country.

In 2005, he won two Latin Grammy Awards; Album of the Year and Best MPB (MÃºsica Popular Brasileira) Album for Cantando HistÃ³rias. He became the first Brazilian artist and Portuguese-language artist to win the Latin Grammy for Album of the Year. No other Brazilian artist or Portuguese-language artist has won the award since then.
Ivan Lins was nominated for three Latin Grammy Awards in 2009 for his latest album, RegÃªncia: Vince Mendoza performed with the Metropole Orchestra. He was nominated for Record of the Year ("Arlequim Desconhecido") and Album of the Year. He won the award for Best MPB (MÃºsica Popular Brasileira) Album.