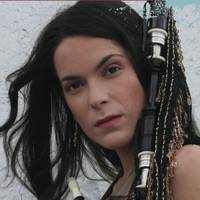 (Ourense, 1980)
Cristina Pato has already opened historical new paths for the Gaita (Galician bagpipe). In 1998 Cristina Pato became the first female Gaita player releasing a solo album and since then she has collaborated with world music, jazz, classical and experimental artists (including Chicago Symphony, Yo-Yo Ma, The Chieftains, Arturo OâFarril, World Symphony Orchestra, Paquito D'Rivera). Her unique and powerful style full of passion and energy has been acclaimed by The New York Times as âa virtuosic burst of energyâ or the BBC as âthe Galician bagpipe divaâ. Cristina Pato fuses the influences of Latin music, jazz, pop and contemporary music, and uses her artistry and unprecedented virtuosic skill to bring her musical vision to life. Pato is a member of Yo-Yo Maâs Silk Road Ensemble.

An active recording artist and performer since age 12, Ms. Pato has released four solo Gaita recordings, two as a pianist and has collaborated in more than thirty recordings as a guest artist, including the Grammy award winner âYo-Yo Ma and Friends; Songs of Joy and Peaceâ (SONY BMG 2008), the âMiles EspaÃ±ol: New Skectches of Spainâ album and the Grammy nominated Silk Road Ensemble album âOff the Mapâ(World Village 2010). Ms. Pato has given more than 500 concerts with her own band many of them recorded and broadcasted by television stations such as BBC, TVG, CNN and RTVE, and she has been praised by newspapers as The New York Times, El Pais, La Voz de Galicia or The Scotsman.

Ms. Pato is Doctor of Musical Arts in Collaborative Piano from the Mason Gross School of the Arts, Rutgers University (NJ, USA), where she studied with a fellowship from Fundacion Barrie de la Maza. She was awarded with the Edna Mason Scholarship and the Irene Alm Memorial Prize for excellence in scholarly research and performance (Rutgers University, May 2008). Cristina Pato holds both a Master of Music Degree in Piano Performance and a Master of Music Degree in Music Theory and Chamber Music (with honors) from the Conservatorio de Musica del Liceu (Barcelona). She also holds also a Master of Fine Arts Degree in Digital Arts (Computer Music) from the Universitat Pompeu Fabra (Barcelona).

Cristina Pato is part of the Leadership Council of The SIlk Road Ensemble collaborating closely with Harvard University, the ensembleâs residency. Cristina is also a faculty member (adjunct) at the vocal department of New Jersey City University.

During the 2011-2012 season Cristina Pato has toured Africa and Spain with her own band; USA, China, and Korea with Yo Yo Ma and The SIlk Road Ensemble and India with HUM Ensemble. She collaborated in the album Miles EspaÃ±ol along with Chick Corea and Jack DeJonnette and participated at the Kennedy Center Honors Awards honoring Yo Yo Ma with The Silk Road Ensemble, Johns Williams and James Taylor.
She is the founder and artistic director of Galician Connection, a forum in world music celebrated annually at Cidade da Cultura de Galicia.

â (â¦) the most unusual solo performance of the evening was by Cristina Pato, a Spanish bagpiper, who played a wailing, trilling, fluidly microtonal line in âAlalaâ (â¦) Ms. Patoâs sound is unlike any bagpipe playing youâve heard: imagine the timbres of an oboe, a metal-ready electric guitar and a screaming trumpet rolled into a single, virtuosic burst of energyâ
---New York Times, Allan Kozinn (August 21,2007)

âMs. Pato will amaze you. Her playing dismisses any notion of a square, martial quality, infusing almost constant exotic coloration, finding entire ranges of microtones between pitches and bending one into another (â¦) what Mr. Golijov calls âsomething incredibly primal.â

âCristina Pato the Galician Bagpipe diva is renowned for her dramatic performances, but what counts is her skill and familiarity with that octopus of an instrument, the gaitaâ

â(â¦)But the beauty of the project is that it has from the start attracted international performers whose musical virtuosity and personal charisma rival those of Mr. Ma, who often takes a back seat (â¦)Cristina Pato, a flamboyant Galician bagpiper, energized raucous music from Osvaldo Golijovâs âAir to Airâ (2006), which was largely inspired by her first encounter with the project, in a workshopâ 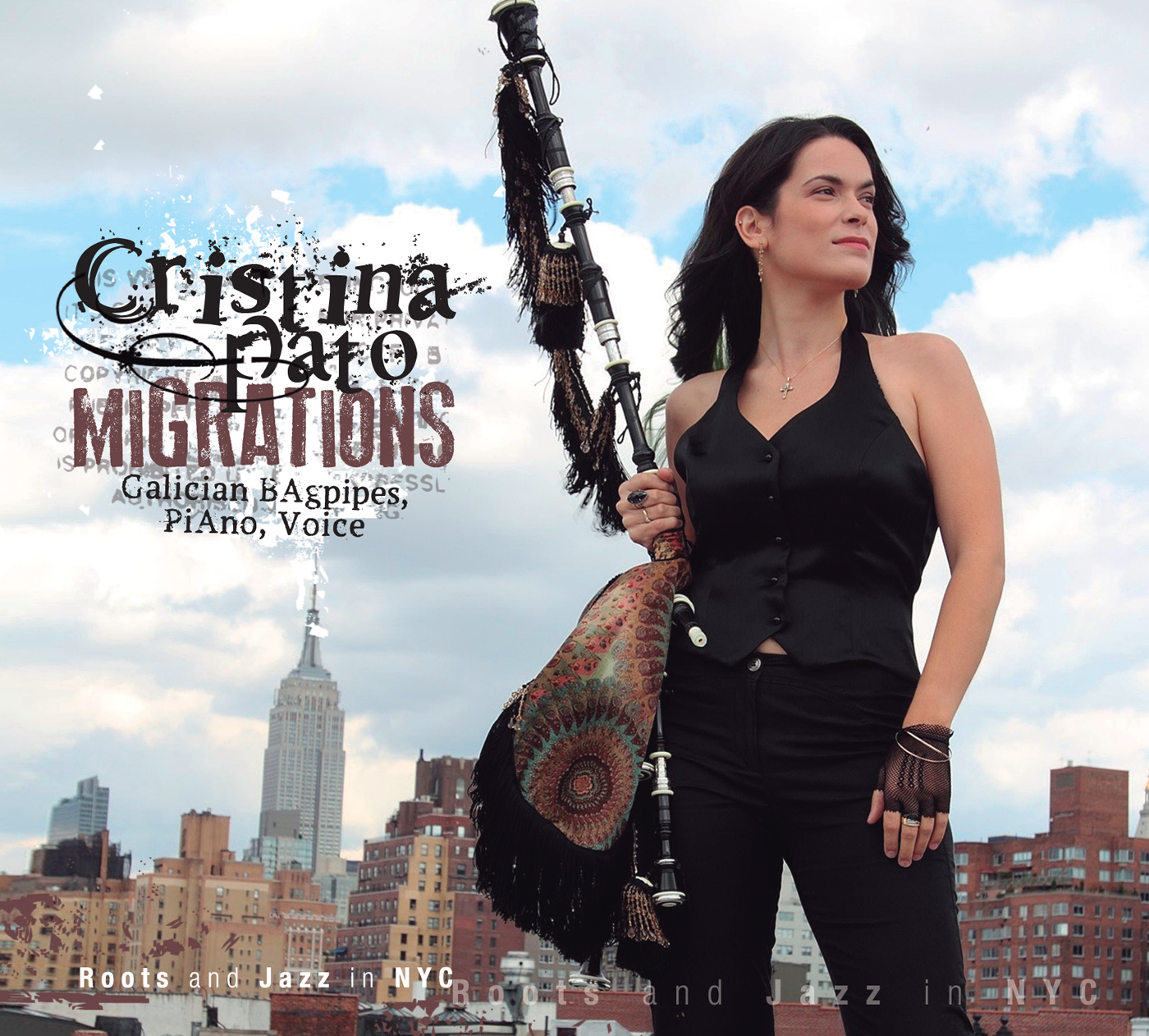 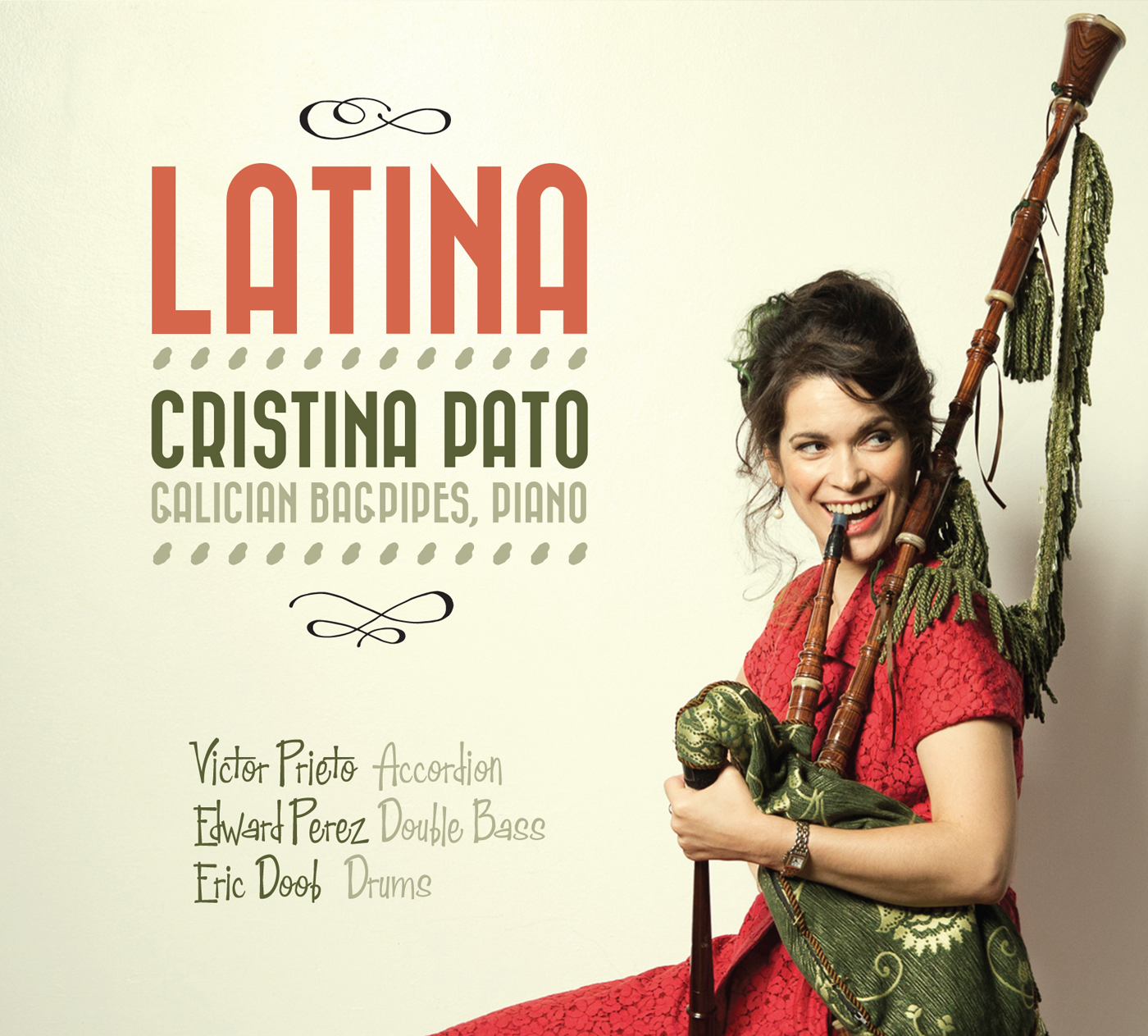