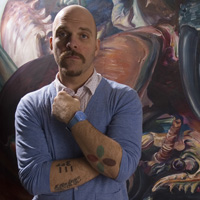 One of the new projects that drummer Dave King debuted at Walker Art Center last March, his Dave King Trucking Company resurfaces this weekend at the Artists Quarter, April 1-2. With Dave in the driver's seat, the Company crew includes exciting saxophonist Brandon Wozniak and the wizards of strings, Erik Fratzke on guitar and Adam Linz on bass.
Drummer Dave King might be best known for his long-standing work with The Bad Plus and Happy Apple, but his affiliations hardly end there. In fact, at any given moment, King is likely involved in at least ten projects ranging from the jazz oriented Bad Plus, Happy Apple and Buffalo Collision to rock bands like Halloween Alaska and impossible-to-define electronic outfits like Gang Font. King grew up in the Twin Cities, starting off on piano at age four before switching to drums in fifth grade. As a teen he forged his early music connections with fellow Golden Valley residents Reid Anderson and Craig Taborn, whose paths would intersect again and again. He attended Cooper High School and the MacPhail Center for Music, studying jazz and rock. At 19, King headed west, working as a session musician in LA in the early 90s before returning to the Twin Cities to find his own voice. "I always wanted to be in the mix,â he told the Pioneer Press some years ago, âto help design and define the sound of the ensemble rather than just be the guy who plays drums." Soon he helped design and define the sound of Happy Apple, the trio that came together in 1996, ultimately complete with saxophonist Michael Lewis and electric bassist Erik Fratzke and straddling avant garde jazz and alternative rock. In addition to his discography with The Bad Plus and Happy Apple, and his appearances on a long list of other recordings, King released a solo album last spring that combines his skills as drummer, pianist and composer, Indelicate (2010, Sunnyside). [Click here for Jazz Police ânew and notableâ review]


Brandon WozniakÂ©Andrea Canter
Whatever the band of the moment or decade, King remains the Energizer Bunny of drummers, both in terms of his frenetic musical wizardry and his simultaneous association with numerous and diverse bands. Traditional approaches to percussion have never appealed to King, whose technique is described by Matt Peiken (St. Paul Pioneer Press) as relying âon incredible finger control to nuance his fills, which often defy the neat subdivisions of typical beats.â Similarly idiocyncratic is Kingâs collection of âinstrumentsâ that includes walkie talkies and childrenâs toys. "What's considered banal pop drumming is never going to be my thing," King says. "But my thing will not work with everyone. I need to have people who trust where I'm coming from, people with me who will think 'King's on the gig -- something's probably going to happen.' "
With the Dave King Trucking Company, somethingâs going to happen as he meshes with Wozniak, Fratzke and Linz:


Adam LinzÂ©Andrea Canter
Saxman Brandon Wozniak previously lived and worked in New York City, toured with the Tommy Dorsey Orchestra, and earned his BA from Indiana University under the tutelage of David Baker. Since returning to the Twin Cities in 2006, he has performed with local bands led by Bruce Henry, Katie Gearty and Sam Kuusisto; and is a member of the Atlantis Quartet, Monk in Motian, the Adam Meckler Quintet and Impulso.
Multi-instrumentalist/composer Erik Fratzke lends his bass to Happy Apple and his guitar to other projects, including Gang Font and Zebulon Pike. The Winona native started off on drums, switching to upright bass in fourth grade. Among early influences he cites his motherâs record collection (including Bartok), MTV, classical string quartets, and later, the bass playing of Stanley Clarke, Jeff Berlin and Jaco Pastorious. Early in his career, he found himself playing jazz, metal, even âChristian country rock.â Over the years, the three-time Minnesota Music Awards winner as âBassist of the Yearâ has played with Reid Anderson and Bill Carrothers in addition to Mike Lewis and Dave King.

The Dave King Trucking Company not only inaugurated the Loring Theater's return to its roots of cinema, theater, music and variety performances, but also taught us what that one really snobby, totally way-too-hip genre has in common with that one really podunk, really redneck and missing teeth cousin-humping other genre. I kid - not all jazz fans are snobs, and not all country fans are missing teeth. But close.

During the Q&A, King shed a little light on what we could expect from the night's performance. He explained the music we'd be hearing would sound like Americana meets avant-garde. That the name came about because he's obviously the leader of the band, but prefers to think of the assemblage of players as a trucking company rather than the more traditional alternative of "Dave King Quintet." A little on how he composes, and how he leads. On the art of remembering music (note, it doesn't involve charts). That while the idea for the band has been in the works for years, and the band has played at both his 2010 Walker Art Center festival and at the Artists' Quarter, the group was coming together this weekend for the first time to record, and in fact had written a few of the newest tunes during their practice for the session and sound check for Saturday night's show.

From there the band, comprised of Erik Fratzke on electric guitar, Adam Linz on bass, Brandon Wozniak and Chris Speed on tenor sax, and King on drums, launched into a nearly two hour, two set performance marked by consistently solid groove and illustrative song titles. The group has been described as "if the great Nashville bands of the '60s and '70s could improvise and were Coltrane fanatics."

So here's where the jazz meets the country. There's definitely something very heartland, something very Frank Lloyd Wright and wheat fields to this music, and it often seems centered around the bass and guitar parts of Linz and Fratzke. Which is kinda funny - as these gentle tones emanate from his guitar, Fratzke is poised as if he could be fronting a speedo-adorned, glittery-faced Maynard James Keenan at a Tool show.

But bottom line and all joking aside (mine, and more importantly, King's), this music feels genuine, makes you wanna pull it in right close to your heart. With a name like Trucking Company, that was the last thing I expected. I expected rhinestones and twang, I didn't expect to feel anything. It was a nice surprise. 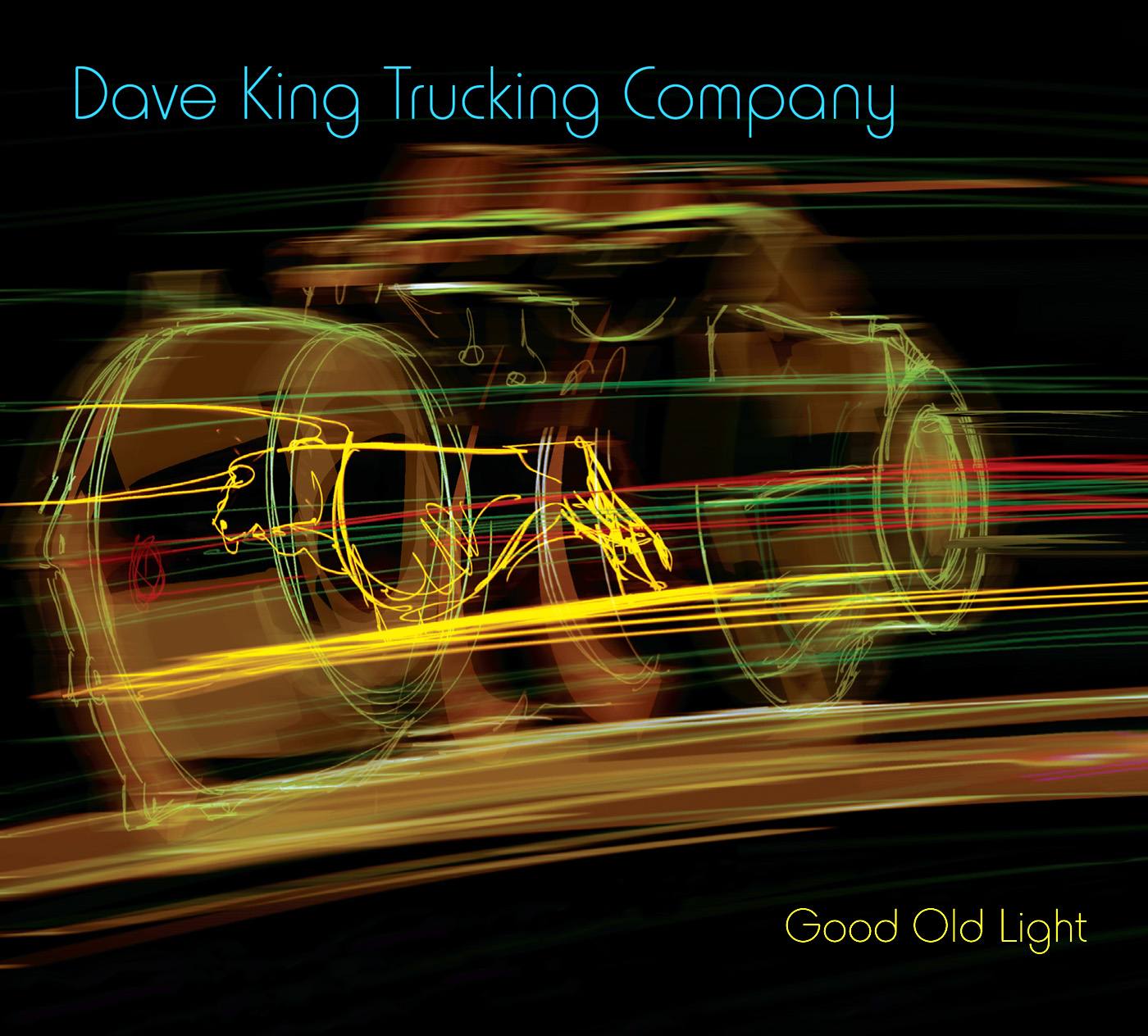