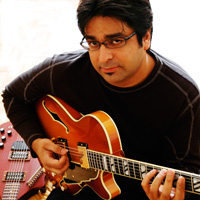 Born on the Indian sub-continent, removed at the age of four to the driving sounds of Southern California, schooled at the University of Southern California and the Manhattan School of Music in jazz and classical music, as well as a pilgrimage in India under the tutorial of master percussionist, Ustad Alla Rakha, Rez Abbasi is a vivid synthesis of all the above stated influences and genres.

Making New York home for the past 15 years, Rez Abbasi is considered by many to be one of the foremost modern jazz guitar players on todays scene. He has developed a unique sound both as a composer and an instrumentalist and has honed his skills with performances through out the world including multiple tours in Europe, Canada, the U.S., Mexico
and India. He has performed and recorded with many greats including, Grammy winner Ruth Brown, Peter Erskine, Kenny Werner, Barre Phillips, Tim Hagans, Marc Johnson, Billy Hart, Marvin 'Smitty' Smith, Gary Thomas, Rick Margitza, DD Jackson, Dave Douglas, Rudresh Mahanthappa, Tony Malaby, George Brooks, Pandit Ronu Majumdar, Pandit Kadri Gopalnath, Pandit Vishwa Mohan Bhatt, Greg Osby and a host of others.

With five albums of original compositions under his belt, Abbasi continues to garner new groups of musicians to help his musical vision come to life. His 2005 recording Snake Charmer has created a
stir in the music world partly due to his organic, original approach in blending two complex musical genres together, namely jazz and Indian music. 20th Century Guitar reviewed the CD as, "One of the best examples yet of how to merge Indian music with jazz...Snake Charmer really breaks new ground." In 2006, Rez achieved even greater heights with the follow up to Snake Charmer, Bazaar.

Bazaar, on the prestigious Zoho Music Label, continues the groups journey through uncharted territory and achieves results unparalleled in todays jazz/world music scene. Rez makes wise use of his fellow playerâs talents to create a larger sphere of sound. Besides Gary Versace on organ and Dan Weiss on drums and tabla, Kiran Ahluwalia returns as a central member of the group. In her own group, Ahluwalia focuses on the Indian genres of ghazal and Punjabi folk music. And in it Abbasi hews closely to Indian musical conventions. On Bazaar, however, he and she and the group stretch way out.

The breadth of Abbasiâs inspiration sometimes invites guests to help realize it. In the past, he has had fine musicians such as Dave Liebman, Gary Thomas, and Peter Erskine. For Bazaar, he has chosen close New York collaborators, Rudresh Mahanthappa and Marc Mommaas on saxophones as well as Gautam Siram on south Indian percussion. Abbasi states, âTo create a world-based music steeped in jazz is my goal. In this way, Iâm following in the footsteps of some of the greatest jazz musicians. Coltrane, Ellington and Gillespie all immersed themselves into music from around the world and then brought it back home. If I have that kind of unifying affect, Iâve succeeded!â 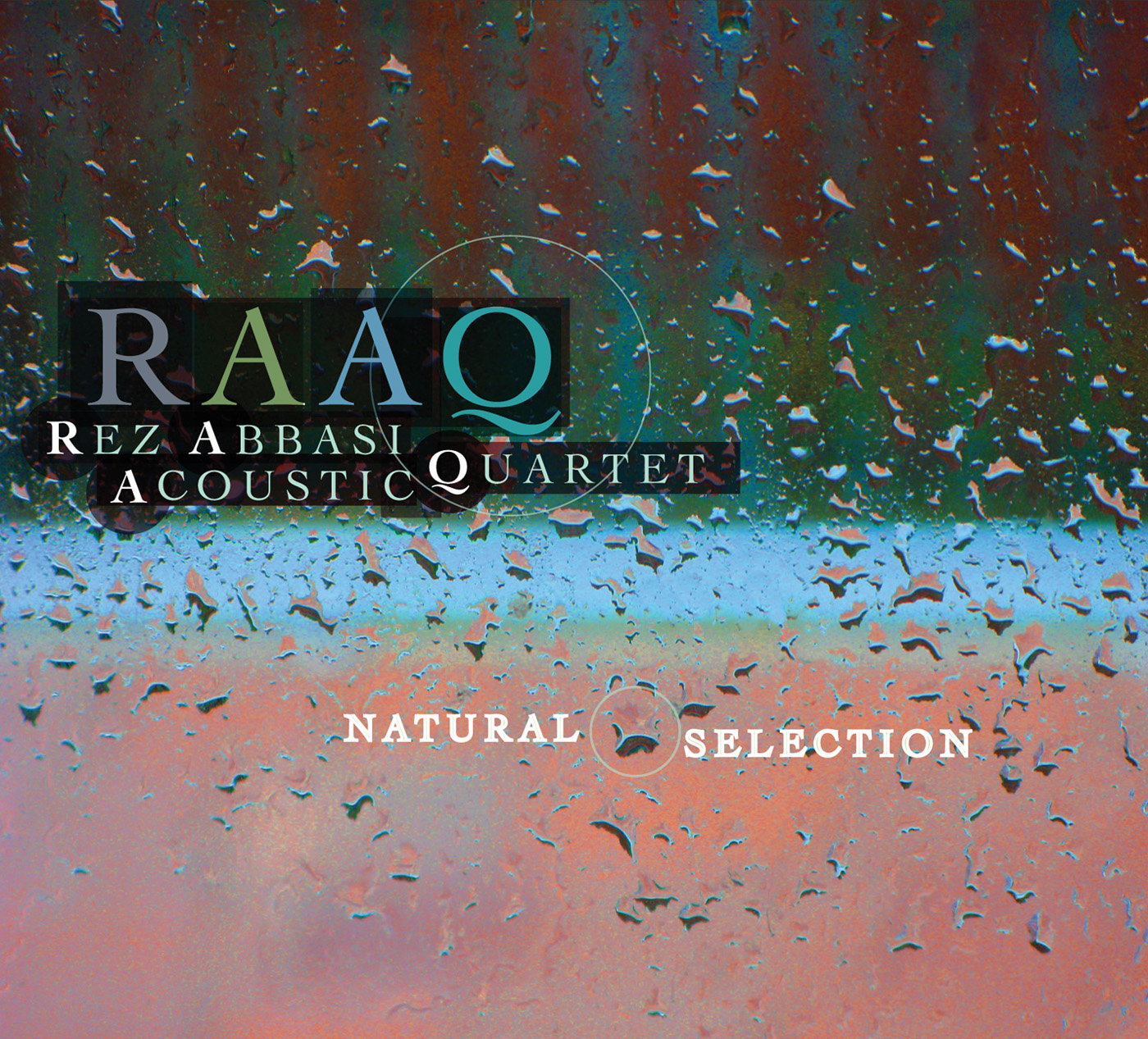 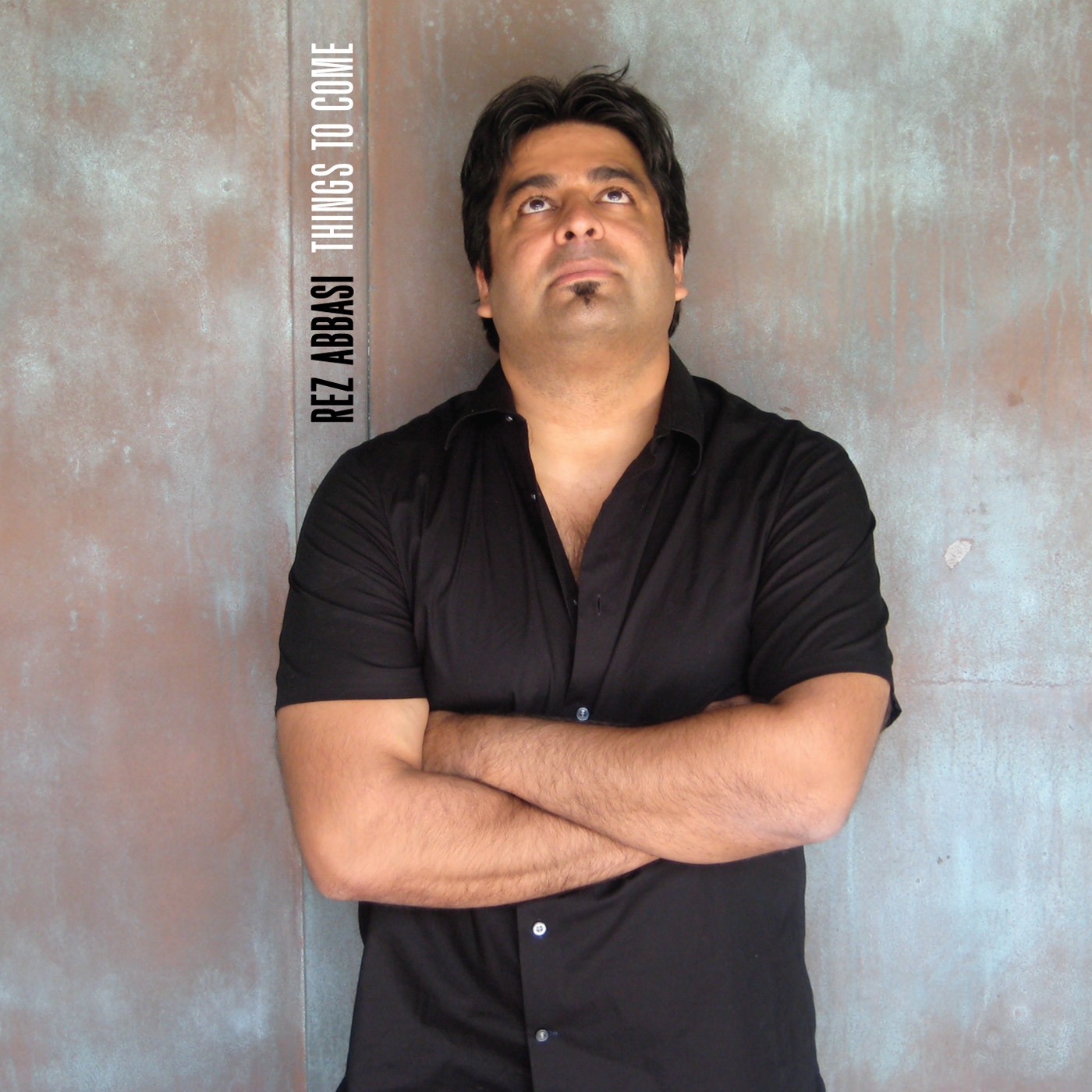