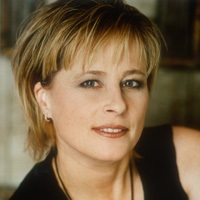 Born: October 22, 1956
Jane Bunnett has become one of the foremost jazz musicians in Canada, and has gained recognition around the world for her improvising talents, technical proficiency, and writing and band leading abilities. Born and educated in Toronto, she trained as a classical pianist from 1975-78 (attaining Grade 10 Piano Honors), until tendentious forced a switch to woodwinds at the Royal Conservatory. In 1979 she began concurrent studies in jazz at York University, Toronto, inspired by her first exposure to jazz great Charles Mingus and Rahsaan Roland Kirk in San Francisco. This led to studies with pianist Barry Harris, flautists James Newton, Frank Wess and James Moody; then, having heard soprano saxophonist Steve Lacyâs music, she began to focus on that instrument also. A 1991 Canada Council grant enabled her to travel to Paris to begin studies with Lacy.


Her first recording was an ambitious mix of Canadian and American players (the late pianist Don Pullen, tenor player and Ornette Coleman veteran Dewey Redman and Vincent Chancy, French horn) . This debut, In Dew Time, earned a Juno nomination in 1988. She toured Canada with Redman in 1991, and Australia with Pullen in 1992. A year later, Jane recorded New York Duets with Pullen, following it up with Live at Sweet Basil, then 1994's The Water is Wide which was chosen by The Village Voice as best record of the year.


A mid-â80's trip to Cuba with new husband Larry Cramer turned Janeâs musical world upside down, into a passion for the islandâs wildly fertile musical culture and its people. Since then, Jane has explored the music in every corner of Cuba, and has absorbed the lessons and traditions with the same devotion she has given to her other work, seeking out musicians all over the island. Her tourism has now given way to an obsession with the islandâs music. âOver the years I developed relationships with some of Cubaâs legendary musicians,â she recalls. âIâve had a great opportunity to learn the music in the streets and in the homes of these people, and thatâs what fueled my vision.â Many of these musicians have played in her exciting group, The Spirits of Havana.


In 1991 she recorded Spirits of Havana, with a group of relatively unknown musicians (outside of Cuba) plus Cramer and Canadian bassist Kieran Overs, setting a trend to follow on subsequent recordings. This record was picked by the All-Music Guide as one of the top 300 jazz discs of all time and also captured a JUNO award. This was followed by the innovative Rendezvous Brazil-Cuba which featured the melding of Brazilian, Cuban and North American jazz music and musicians. In 1997 Jane completed Chamalongo. âWhere Spirits of Havana was our initiation into this rich musical heritage,â Jane says, âitâs with Chamalongo that weâve realized our musical dream to incorporate the total roots of Afro-Cuban music. All of my past musical experiences led me to Chamalongo...â I know it was the most passionate and powerfully-felt record of my career.â


The equally ground-breaking Ritmo + Soul (EMI Canada) was released in spring of 2000, presenting a fresh new twist on the pure Afro-Cuban/jazz of previous recordings. Jane and the band come full circle with several original compositions that create a powerful fusion of jazz, various musical influences of the band members, and the Cuban element with the soul of the spiritual music of North America and Africa. Ritmo + Soul won the 2001 Juno for best Global recording. Alma De Santiago, her latest recording...â released in summer 2001on EMI Canada and Connector in Europe -- features the music of the Santiago de Cuba area, the crucible of Afro-Cuban music. It, too, was nominated for a Juno for best Global recording.. The Jazz Journalists Association also chose Alma De Santiago as a nominee for best Latin Jazz record of 2001-02. In 2002, Justin Time Records released Spirituals and Dedications which features the brilliant Dewey Redman, Stanley Cowell & Dean Bowman.


The time spent in Cuba has allowed Jane to see firsthand the somewhat deprived conditions of the musical academies, and that led to Jane initiating a program to raise funds to take instrument parts and technicians to Cuba to repair instruments. This has further led to the establishment of a non-profit group, Spirit of Music, to continue on with this work and to broaden the scope with the goal to effect cultural exchanges with other Third World countries. Janeâs efforts have been documented in the Genie-nominated and award-winning NFB Film âSpirits of Havanaâ (2000), which has been shown at many film festivals and nationally on the CBC in 2001. Janeâs humanitarian concerns also led to her becoming a Canadian spokesperson for the Ban The Land Mines movement in 2000.

Jane has consistently ranked highly in international jazz polls on soprano saxophone and flute. She was SOCANâs Jazz Composer of the Year in 1995 and was awarded a Toronto Arts Award For Music in 2000. In 2001 and 2002, she was nominated as best soprano saxophonist by the Jazz Journalists Association, and chosen top flautist in the 2001 Downbeat Magazine Criticâs Poll in the Deserving of Wider Recognition category and won again in 2002; where she was also second in soprano sax. She also placed in the top ten in both of the Established Talent categories. The first National Jazz Awards in Canada in 2002 recognized her as the top jazz soprano saxophone player in the country. And, anytime the topic of âwomen in jazzâ arises, Jane is prominent in such articles and discussions..


May of 2002 found Jane being awarded a most prestigious honor from the Smithsonian Institute in Washington DC, for her contributions and dedication to the development of Latin Jazz. The Smithsonian Institute has also selected her documentary film âSpirits of Havanaâ to be part of a series of films that is touring across America.

2003 started off with a bang. In January Janeâs 2002 release Alma de Santiago was nominated for a Grammy for best Latin Jazz Album, and that was just the beginning. Her latest release Cuban Odyssey was nominated for the best world music album for the Juno Awards in Canada, it won best world music album at the Toronto Urban music awards and was voted best Latin Jazz album by the American Jazz Writers Association at there awards in New York City in the summer of 2003.


2004 sees a new CD from Jane and producer, partner and musician Larry Cramer called RED DRAGONFLY that features the world renowned Pendereski Sting Quartet. To date this CD has gained nothing but glowing reviews form around the world.

As 2004 nears its end Jane has been honored by Can west global and Cool FM for her contribution to Canadian Jazz, and in early 2005 Jane will be receiving Canadaâs highest civilian award the Order of Canada.

Jane continues to perform at jazz clubs and festivals and concert halls and for broadcast throughout Canada, the United States, Europe, and Cuba, with her groups, and as a featured solo artist. She has toured Canada several times in the past ten years, from the Pacific to the Atlantic and as far north as Whitehorse, Yukon. She has also done considerable touring throughout the United States. It is her formidable talents and sincere dedication to performing and to jazz that have brought about all her well-earned recognition, and which have afforded her an important place in jazz and in the ears, hearts and minds of music fans everywhere.

Courtesy of All About Jazz 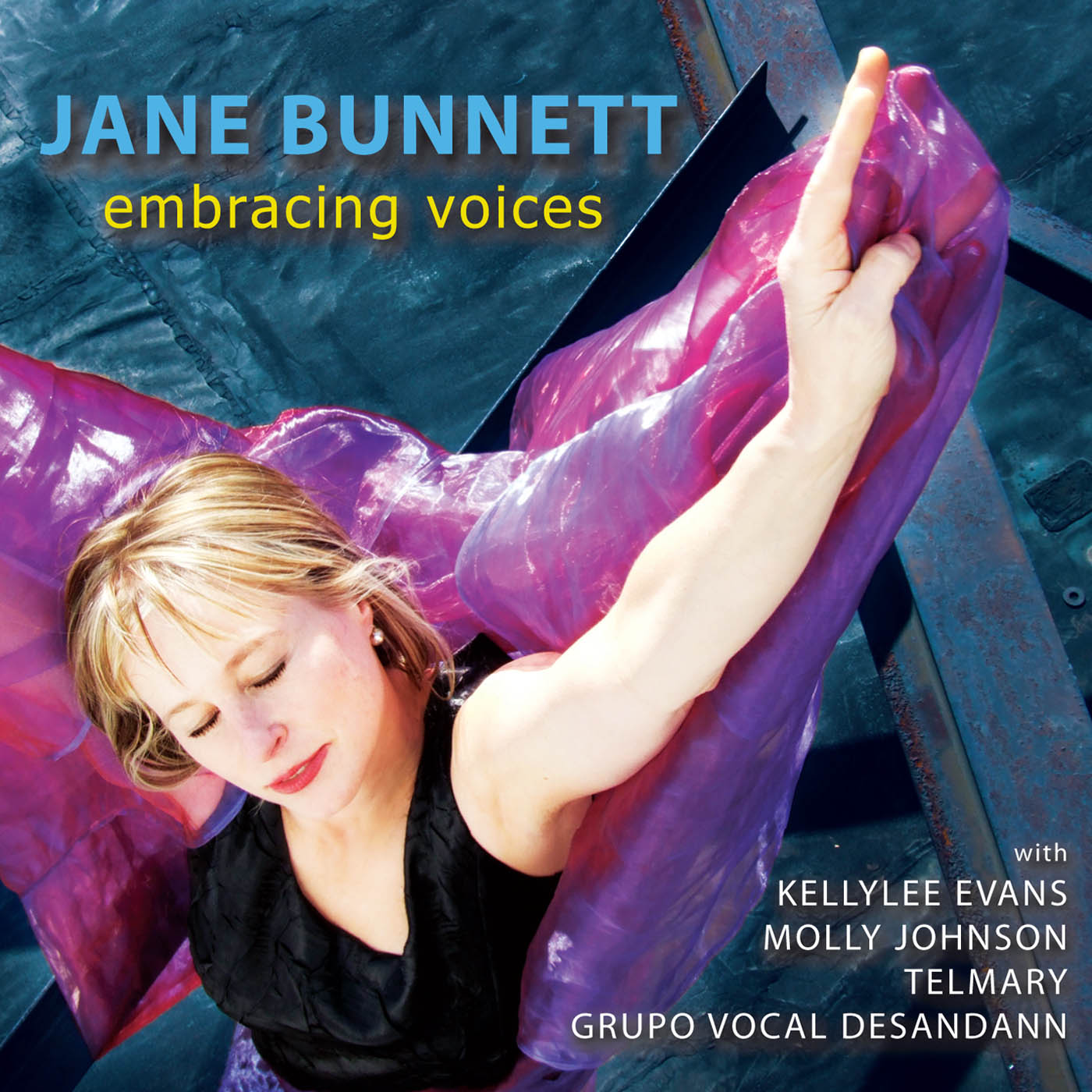