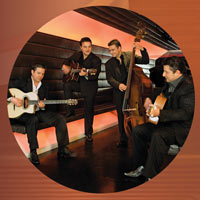 CHRISS CAMPION
Born into a fairground family in 1986 and a member of the traveller community,
Chriss has been living in the Parisian area since his birth. It was his father who offered
him his first musical instrument on the occasion of his fifteenth birthday. Music has
been an important part of his life ever since.
Rubbing shoulders with several famous guitarists who took him under their wing,
Chriss first accompanied Moreno Winterstein for a whole year, thus getting acquainted
with the basis of traditional Gypsy jazz style. His impressive musical ear had already
been noted at this stageâ¦Between two amusement rides at the fair, Serge Krief subsequently
helped him to deepen his musical knowledge and discover the subtleties of
harmony. Today, Chriss cannot imagine for a second living without his guitar: one only
needs to listen to this tense, nearly elastic, refined and poetic swing, to grasp that the
man and the instrument are one.
His first record "Souvenirs" was released in 2007.

STEEVE LAFFONT
Born in the French city of Perpignan in 1975, Steeve first discovered music for
himself, when he requested a piano for his 6thbirthday. Introduced to Django Reinhardtâs
music from an early age by the elders of his family, he quickly discovers other musical
styles, listening randomly to Latin jazz and salsa but also to crooners or lyricists such
as Caruso. Each member of his family (originally from the only large Sinti dynasty of
Piedmont living in a predominantly Spanish Gipsy region of France) plays guitar.
He started playing the instrument at the age of 12, then formed a trio with Rudy
Rabuffetti and Serge Oustiakine. Gifted with an incisive style, full of rhythmical breaks
and lyrical highs, Steeve is today an experienced musician who manages to keep the
surprise effect and capacity for amazement and adaptation when faced with novelty.
His music is simply passionate!
His first solo album "SrÃ© KidjalÃ¨s" was released in 2005.

YORGUI LOEFFLER
Born in 1979 into the Manouche-Sinti community of Alsace, Yorgui displays a virtuoso style
combining strength, rhythmical confidence and melody, defining him as an artist with rare
musical qualities. When it comes to music, Yorgui is extremely demanding and totally committed.
He took up the guitar at the age of 14 alongside his uncle and brother, who soon became
aware of his outstanding ability. Besides Django Reinhardt, the defining influence for every
young Manouche guitarist, Yorgui also fell under the spell of Bireli LagrÃ¨ne and Tchavolo
Schmitt.
He released in 2002 his first record as a leading artist, "For Magnio", which instantly kickstarted
a promising career. He then started to tour Europe and worldwide and won his first
accolade in 2003 in the formof the "Jazz Revelation" award at the Juan-Les-Pins Jazz Festival.
A powerful and distinguished guitarist, Yorgui represents the essence of Alsatian style.

GINO ROMAN
Born in 1983, Gino discovered music at a very early age. He was only three years of age
when he sat behind his first set of drums and barely six when he started to play rock and
roll alongside his father at country ballsâ¦
Also a member of the Manouche community of Alsace, he waited until he was 15 to take
up the electric bass. Subsequently, on his cousin Yorguiâs advice as he joined his trio, he
began to learn the double bass at the age of 21. His influences are numerous and diverse:
Jaco Pastorius, Chick Corea, Niels-Henning Orsted Pedersen and, of course, Django
Reinhardt for his universal message.
Besides being a successful bass player and an accomplished musician, Gino has fully
contributed to this record, taking part in the selection of the repertoire and musical
arrangements. A meticulous accompanist, he knows how to remain grounded and to channel
the energy of the bandâs other members. 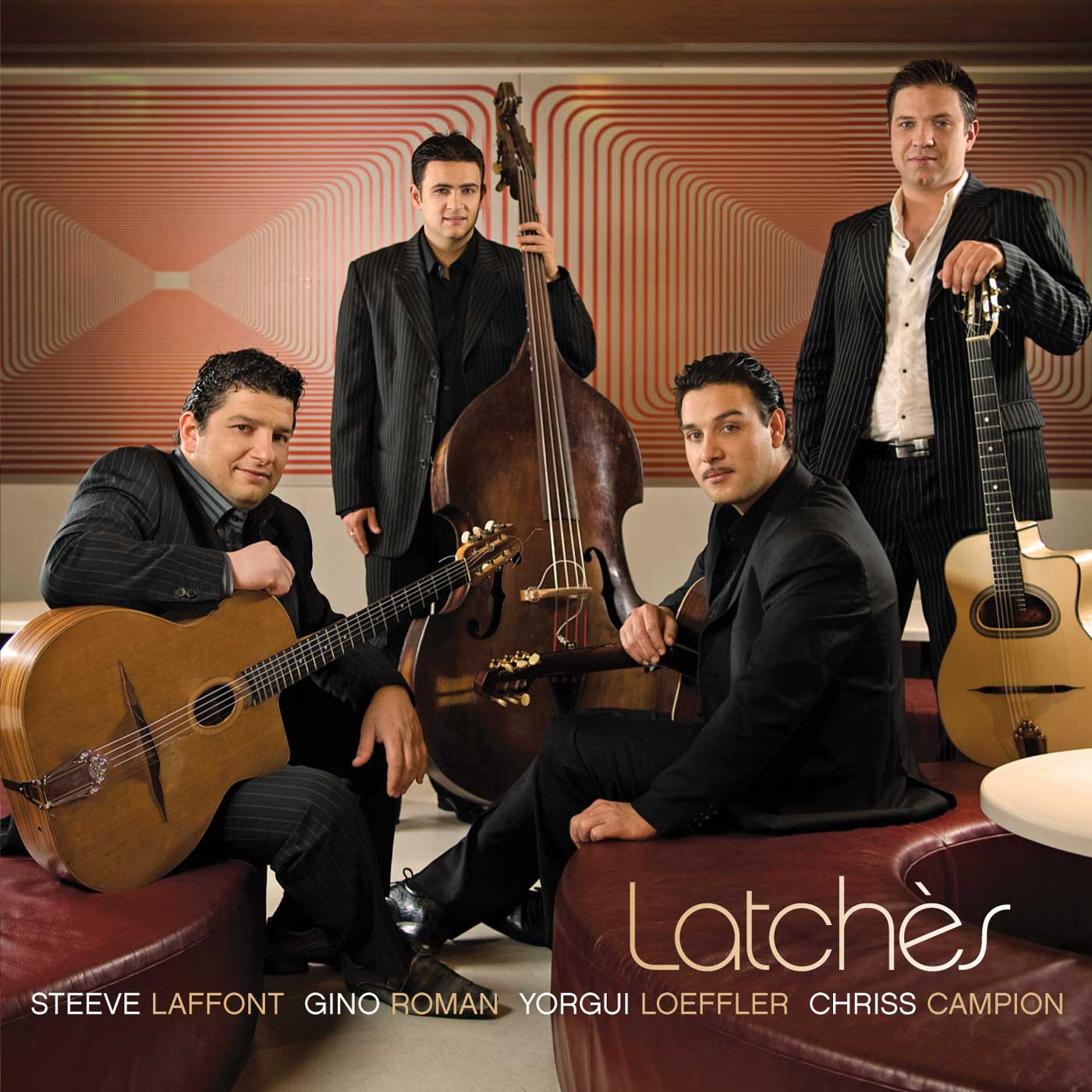