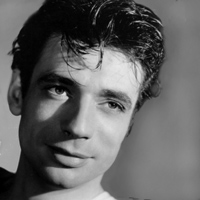 courtesy of RFI Montand the singer:

The singer, who was actually christened Ivo Livi, was born in the village of Monsummano in Tuscany, Italy, on 13 October 1921. Giovanni and his wife Giuseppina escaped the fascist regimewith their children Ivo, Lydia (born in 1915) and Giuliano (born in 1917) to the South of France, where they made their home in Marseilles. After several years living in France, the entire Livi family were awarded French citizenship in 1929.

At the age of 11, Ivo was taken out of school and sent to work in a local factory. Meanwhile Lydiaâs hairdressing salon was doing a roaring trade and when Ivo turned 14 he started working with his sister. Young Ivo displayed a certain talent in the salon, even passing a hairdessing exam.

Young Ivo was particularly fascinated by Fred Astaire and his famous tap-dance routines. Ivo was a rather shy teenager himself but when he heard that the manager of a local music-hall was looking for a "warm-up artist" he was determined to overcome his stage fright and make a success of the job. Ivo spent three arduous weeks rehearsing and changed his name to Yves Montand (legend has it that his stage name was inspired by his mother Giuseppina who used to call her son in from play shouting "Ivo ! Monta !"). When Yves Montand finally appeared on stage at the music-hall in 1938 he brought the house down, the audience applauding him for several minutes and shouting for an encore. That night in Marseilles a new French star was born.

After gaining valuable experience performing at small local venues, Montand was ready to hit the big time. The singer gave his first major concert in Marseilles on 21 June 1939, headlining at the famous Alcazar. It was here that Montand made a decisive step away from performing covers of other singersâ hits, singing his own original song "Dans les plaines du Far West".

Yves Montandâs career was just starting to take off in earnest when the Second World War put a stop to Yves Montandâs rise to fame. The young man was forced to leave the cabaret circuit behind and go and work as a manoeuvre aux Chantiers de Provence.

In the spring of 1941, however, Montand got his singing career back up and running. Berlingot, the music-hall manager who had given Montand his first break as a warm-up man organised a tour for him in the Marseilles region. Meanwhile, Montand was sharpening up his stage act by taking dancing lesson sin his free time. After the tour Montand got himself a new impresario and began perfoming at an increasing number of galas, where his good looks and natura charisma proved a huge hit (especially with the female fans who accompanied him to dinner after the show!).

Montand headed off for Paris in January 1944. The young singer performed his first major concert in Paris at LâABC in February of that year, once again proving a tremendous hit with the audience. Montand followed this success with a whole series of concerts, appearing at the Bobino, les Folies-Belleville and performing as a support act to Edith Piaf at the legendary Moulin Rouge. Piaf, who had at first been rather reticent about performing with a relative unknown from Marseilles, was immediately won over by Montandâs good looks and natural charisma. And Montand soon grew equally enamoured of Piaf. The pair would spend hours every day reherasing together. It was Piaf who helped create the legendary stage persona which would transform Montand from a minor Marseilles celebrity into an international star. Piaf also worked hard at improving Montandâs cultural knowledge. Following the success of the show at the Moulin Rouge, Piaf and Montand set off on tour together, forming a famous couple on stage as well as in their personal life.

By this point Montand was beginning to make a real name for himself on the French music scene, and in the autumn of 1945 he was invited to appear at the prestigious ThÃ©Ã¢tre de l'Etoile in Paris. Montandâs performance, which included two new original songs "Battling Joe" and "Les Grands Boulevards", was met with rapturous applause.

In the spring of 1946 Piaf,who was renowned for her unpredictable behaviour, announced she was putting an end to their relationship. Montand threw himself into his work, performing a series of recitals at LâABC and Le Club des Cinq cabaret. After a difficult period trying to break into the cinema, Montand returned to the ThÃ©Ã¢tre de l'Etoile in 1947 where he performed a successful six-week run. It was at this point that Montand began working with a pianist called Bob Castella, who would accompany him right up until the end of his career.

In 1948 Montand met the legendary French poet Jacques PrÃ©vert in Saint Paul de Vence. Montand, who was a great fan of the poetâs work, decided to include PrÃ©vertâs classic "Les Feuilles Mortes" in his new repertoire. Ironically, PrÃ©vert had written "Les Feuilles Mortes" (the music was composed by Joseph Kosma) in 1945 to coincide with the release of " Les Portes de la nuit", a film starring the young actor Yves Montand which had, rather unfortunately, flopped at the box office.

Meanwhile Montandâs career continued to go from strength to strength. In March 1951, the singer returned to the prestigious ThÃ©Ã¢tre de l'Etoile to perform his first proper "one-man show". Montandâs brilliant performance of his set which included 22 songs and 2 poems proved that the singer had now honed his stage act to absolute perfection. Needless to say, Montandâs one-man show proved to be a phenomenal success.

In October 1953 Montand returned to the ThÃ©Ã¢tre de l'Etoile where he threw himself into his performance body and soul. His show opened with an unpublished poem by Jacques PrÃ©vert and ended with an emotional rendition of "A Paris", a song written by Montandâs close friend Francis Lemarque. Montand brought the house down and the audienceâs rapturous applause rang out for several minutes at the end of the show. The singer, called back for an encore, finally returned for a grand finale reciting PrÃ©vertâs "Les Feuilles mortes". Yves Montandâs show at the ThÃ©Ã¢tre de lâEtoile proved to be an absolute sensation. Originally booked for a three-week run, Montand ended up staying at LâEtoile for a full six months, performing over 200 shows to 200,000 spectators ! The Etoile also went on to become a best-selling live album. By the end of that year Yves Montand had become the most popular star on the French music scene.

In the autumn of 1956, Montand was preparing to set off on an extensive tour of the USSR. Montand reluctantly agreed to go ahead with his Russian tour. Montand received an enthusiastic welcome in Moscow. During his stay in the Russian capital Montand was invited to meet President Kruchtchev and the pair became involved in a heated debate about the Soviet invasion of Budapest. Their violent head-to-head confrontation lasted a full four hours, with neither side giving in. Montand returned to Paris, his conscience relieved by the fact that he had at least voiced his disapproval of the Russian Communist Party.In the spring of 1957 Montand set off to perform in Poland, thus kicking off an extensive tour of Eastern Europe. The French singer proved extremely popular throughout the Eastern bloc, tens of thousands of fans flocking to his concerts and buying his records.

in 1959 an American agent contacted the French singer inviting him to perform in New York. Montand thus took his Paris show to the USA, scoring a great triumph at his New York premiÃ¨re on 21 September 1959. The American critics showered Montand with rapturous reviews and the singer was immediately booked to perform a further series of concerts. During their stay in New York, Yves Montand and Simone Signoret were to meet the playwright Arthur Miller and his wife Marilyn Monroe.

Montand returned to New York in October 1961, however, to perform on Broadway. The French starâs show at the legendary Golden Theatre proved a phenomenal success, running for a full eight weeks. He then embarked upon an extensive international tour which took him to Japan and England. In 1962 Montand, now one of the most famous music-hall stars in the world, returned to Paris and immediately launched straight into a series of concerts at the ThÃ©Ã¢tre de l'Etoile (his show carrying on well into the following year).

Devoting all his time and energy to his film career in the 70âs, Montand performed only one concert, giving a benefit show in 1974 to raise funds for political prisoners in Chili. Music fans had to wait until the end of 1981 before Montand resumed his singing career. But when he did return to the Olympia on 7 October his show was a phenomenal success, tickets selling out long in advance. Montand performed at the Olympia up until 3 January 82, but three months were not enough to satisfy his adoring public and the singer was obliged to give another series of concerts (20 July - 14 August 82). It was on the occasion of his comeback at the Olympia that Montand premiÃ¨red "Les Bijoux", one of his most famous songs based on a poem by the 19th century French poet Baudelaire. After celebrating his successful French comeback, Montand set off on an extensive international tour, which was greeted with a chorus of standing ovations all the way from Rio to New York. 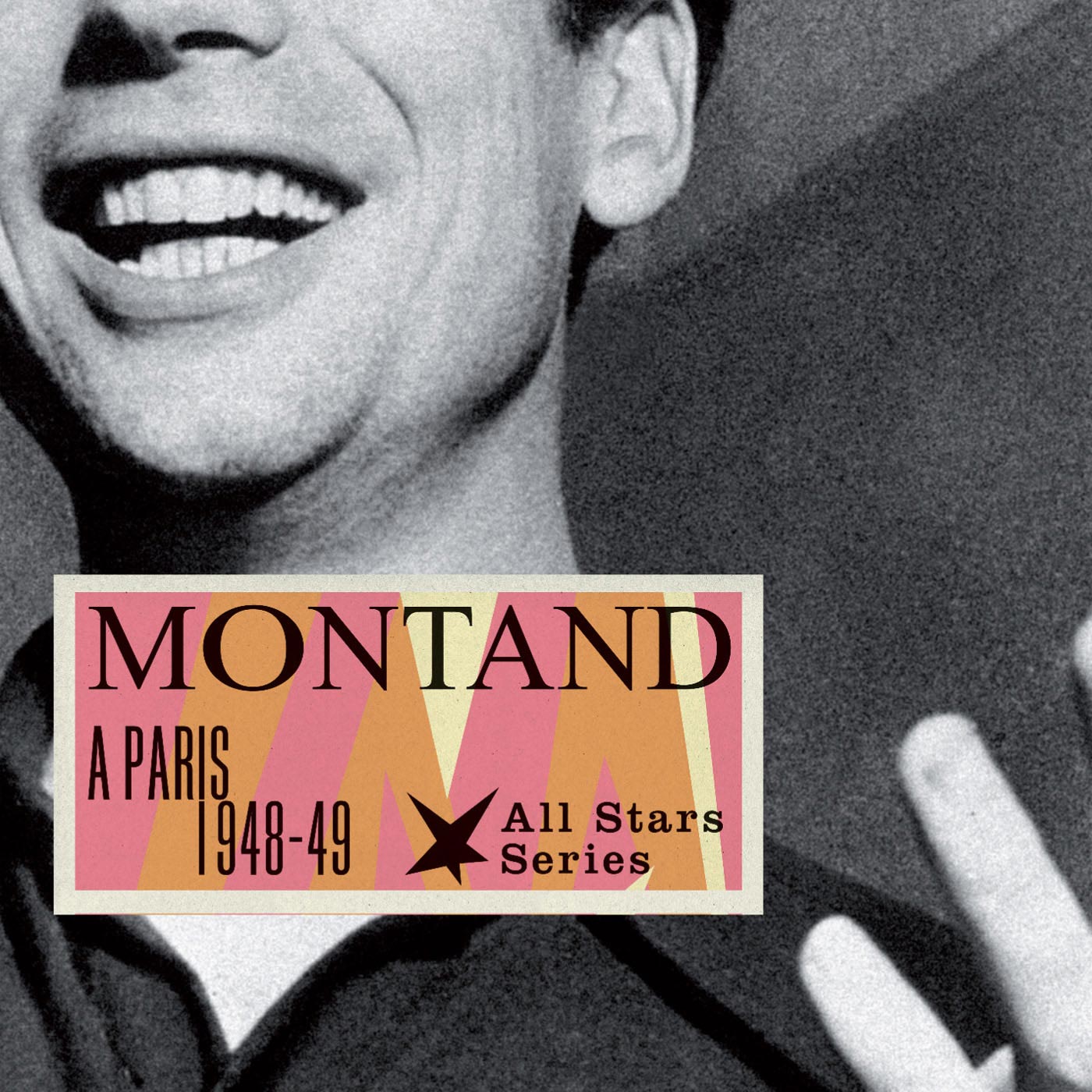