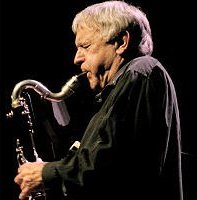 Some human beings and particularly some artists just cannot be fitted in any classification or definition. About Michel Portal, clarinetist and saxophonist (but also bandonion player), classical interpret and jazzman (but also composer), Francis Marmande outlined in 1981 the portrait of a " permanent exile who feels constantly pending " ; almost a way to deny any fixed but illusive close definition of his identity. That is to say, the only way to try to grasp the musicianâs singularity is a portrait .... in the plural ; A paradox which allowed Lucien Malson in 1972 to have recourse to the Greek mythology ; " Proteus, this is already him : many artists in one, one man under different appearances ". Is the key to these always transitory belongings a radical anxiety, humanly and musically speaking ? It is probably not by accident that one of the tunes in his record Any Way (released in 1993) is called Intranquilo, an adjective meaning anxiety in the Spanish language, Spain being a country dear to this artist from Bayonne, but also in the language of the Portuguese Fernando Pessoa ; the " desassossego " on which is based his book livre de lâintranquillitÃ© should not be unfamiliar to the clarinetistâs universe.

The route of this musician is a constant challenge to any formal biography : he was indeed awarded the first clarinet prize of the Conservatoire de Paris in 1959, then those of the Geneva and Swiss jubilee competitions (1963), as well as the prize of the Budapest competition (1965) ; this did not prevent him to play in dance bands (Perez Prado, AimÃ© Barelli, ...) after having played since his childhood the popular music of his Bask Land (he was born in Bayonne on November 25th, 1935). During the 60âs, he played in the most various musical universes : orchestras accompanying famous French pop stars to those entertaining the Lido or the Folies BergÃ¨res. He enjoys the musician " profession " in all its prosaism and diversity.

But he also takes part in jazz orchestras, to play the music of Pierre Michelot, Jef Gilson, Jean-Luc Ponty, Ivan Jullien or AndrÃ© Hodeir... Simultaneously, he gets involved in free jazz as soon as this movement is expressed on French stages, notably alongside the pianist FranÃ§ois Tusques, the trumpeter Bernard Vitet or the American drummer Sunny Murray. At the same time, he imposes himself as the indispensable interpret for contemporary composers, who find in the amazing extent of his technique and in his musical intelligence the ideal mediator on this difficult instrument, the clarinet. His multiple participation in Diego Massonâs Musique Vivante Ensemble, notably for Domaines by Pierre Boulez, and his cooperation with numerous composers such as Luciano Berio, Mauricio Kagel, Karlheinz Stockhausen or Vinko Globokar (who dedicates to him Ausstrahlungen) shed light on this role. With Globokar, who is also a trombonist, he performs as soon as 1969 within the New Phonic Art, a band of " contemporary improvised chamber music " they had created with the pianist-composer Carlos Rogue Aisina
and the percussionist Jean-Pierre Drouet.

The Michel Portal Unit is born in 1971, an open structure devoted to free improvisation, meeting point for many years of the most adventurous jazz and improvisation musicians from America and Europe. This will not prevent the clarinetist (most of the time in this universe as bass clarinetist or saxophonist) to join great improvisers in different formulas (the most intimate one being the duo). Without pretending to be exhaustive but in order to stress the diversity of his partners, we may mention the saxophonists John Surman, Anthony Braxton, Jean-Louis Chautemps, Harry Sokal, Dave Liebman, Louis Sclavis, FranÃ§ois Jeanneau ; the drummers or percussionists Pierre Favre, Daniel Humair, Paul Motian, Han Bennink, Mino Cinelu, Jack DeJohnette, Trilok Gurtu, AndrÃ© Ceccarelli ; the bassists Jean-FranÃ§ois Jenny-Clark, Leon Francioli, Bob GuÃ©rin, Henri Texier, Charlie Haden ; the pianists Martial Solal, Joachim KÃ¼hn, Andy Emler ; the guitarist Claude BarthÃ©lemy, the organist Eddy Louiss, the violinist Didier Lockwood, the trombonist Albert Mangelsdorff, the tuba player and poly-instrumentalist Howard Johnson and, since the early days, Bernard Lubat, the orchestra-man ; last but not least in a different field the ballet-dancer Carolyn Carlson...

This multiple activity in all fields of contemporary music should not obviously shade the importance of the classical clarinetist, soloist and chamber music player, whose fame will be asserted later : in December 1975, the Parisian Salle Pleyel finally welcomes him, while he has been for already a long time wanted on the most important jazz or contemporary music stages (ChÃ¢teauvallon, Donaueschingen, Royan,...).

From now on, music critics and lovers rarely hesitate to recognize his freedom as a " cross-over ", based on his insatiable appetite for musical emotions leading him from one universe to the other. And the most honest ones soon recognize that this diversity, far from spoiling his instrumentalist quality, on the contrary enriches his musicality and the expressed emotion.

In the field of chamber music, he thus plays with the pianists Georges Pludermacher, Maria Joao Pires, Michel Dalberto, Mikhail Rudy,..., the cellists FrÃ©dÃ©ric LodÃ©on, Boris Pergamenschikow,..., the viola players GÃ©rard CaussÃ©, Youri Bashmet, the quatuors Melos, Talich, Orlando....As a final touch for this higly complex musician, we should not forget to emphasize the importance of the movie composer : Michel Portal has been actually for already a long time writing music for the cinema and the television ; among this huge activity, we should particularly mention his faithfulness to the film director and jazz critic Jean-Louis Comolli (La Cecilia, 1975 ; Lâombre rouge, 1981 ; Balles perdues, 1983) ; last but not least, we should also remind the three CÃ©sar prizes awarded for Le Retour de Martin Guerre (Daniel Vigne, 1981), Les Cavaliers de lâOrage (GÃ©rard Vergez, 1983) and Champ dâHonneur (Jean-Pierre Denis, 1986).

Beyond the apparent border lines of his multiple activity, what is striking with Michel Portal is a quasi ritual invocation of solitude, coupled with a desperate desire to communicate, to share : with the musicians he meets on stage, but also with the audience. This high demand for a reaction, an involvement of the other, is the legitimate expectation of a musician who constantly and limitless invests himself neglecting any risk. This improviser accepts with nobility and courage to play without a score but with the risk and the anxiety resulting from it : what are we playing now ? The classical interpret is lucid enough to be faithful to the score without hampering, according to Patrick Szernovicz, the establishment of " an extraordinary, in the very sense of the word, climate, made of impulses, but offering the original eagerness of the work ". His art in both fields is built through the intertwining of dramatic tensions, merry breakaways resulting from his very seriousness ; written or improvised, his music seems to be unceasingly questioned.

And if he often turns to Africa for its irrepressible rhythms, its merry spontaneity, Michel Portal also knows the secret of Brahmsâ transport. Constantly seized by a fruitful doubt, he is aware that art cannot be obtained without this part of challenge to all certainties. 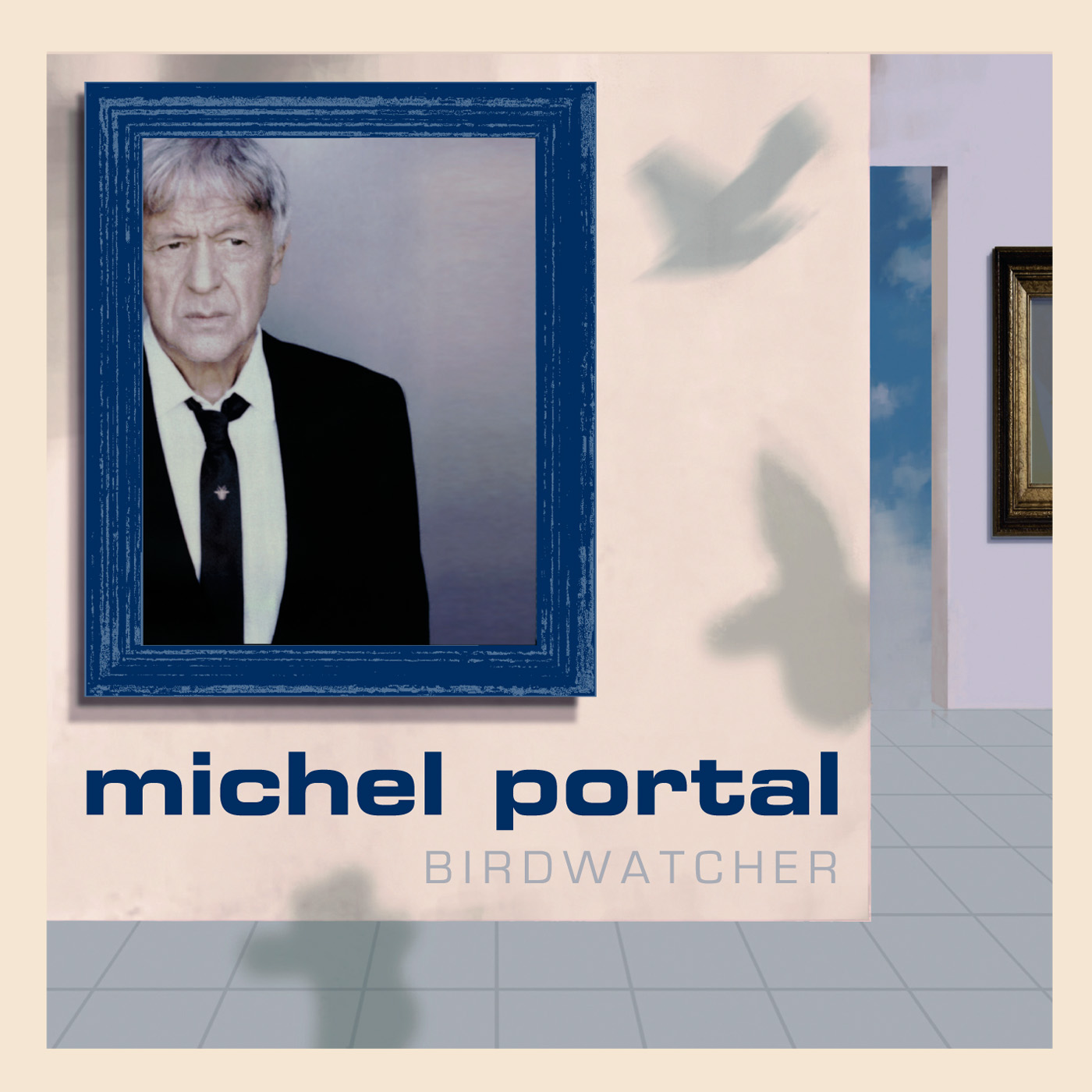