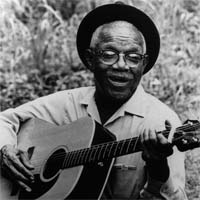 Furry Lewis was the only blues singer of the 1920s to achieve major media attention in the 1960s and '70s. One of the most recorded of Memphis-based guitarists of the late '20s, Lewis's subsequent fame 40 years later was based largely on the strength of those early sides. One of the very best blues storytellers, and an extremely nimble-fingered guitarist right into his seventies, he was equally adept at blues and ragtime, and made the most out of an understated, rather than an overtly flamboyant style.
Walter Lewis was born in Greenwood, MS, sometime between 1893 and 1900 -- the exact year is in dispute, as Lewis altered this more than once. The Lewis family moved to Memphis when he was seven years old, and Lewis made his home there for the remainder of his life. He got the name "Furry" while still a boy, bestowed on him by other children. Lewis built his first guitar when he was still a child from scraps he found around the family's home. Lewis's only admitted mentor was a local guitarist whom he knew as "Blind Joe," who may have come from Arkansas, a denizen of Memphis's Brinkley Street, where the family resided. The middle-aged Blind Joe was Lewis's source for the songs "Casey Jones" and "John Henry," among other traditional numbers. The loss of a leg in a railroad accident in 1917 doesn't seem to have slowed his life or career down -- in fact, it hastened his entry into professional music, because he assumed that there was no gainful employment open to crippled, uneducated Blacks in Memphis. Lewis's real musical start took place on Beale Street in the late teens, where he began his career. He picked up bottleneck playing early on, and tried to learn the harmonica but never quite got the hang of it. Lewis started playing traveling medicine shows, and it was in this setting that he began showing off an uncommonly flashy visual style, including playing the guitar behind his head.

Lewis's recording career began in April 1927, with a trip to Chicago with fellow guitarist Landers Walton to record for the Vocalion label, which resulted in five songs, also featuring mandolin player Charles Jackson on three of the numbers. The songs proved that Lewis was a natural in the recording studio, playing to the microphone as easily as he did to audiences in person, but they were not, strictly speaking, representative of Lewis's usual sound, because they featured two backup musicians. In October of 1927 Lewis was back in Chicago to cut six more songs, this time with nothing but his voice and his own guitar. Lewis seldom played with anyone else, partly because of his loose bar structures, which made it very difficult for anyone to follow him. The interplay of his voice and guitar, on record and in person, made him a very effective showman in both venues. Lewis's records, however, did not sell well, and he never developed more than a cult following in and around Memphis. A few of his records, however, lingered in the memory far beyond their relatively modest sales, most notably "John Henry" and "Kassie Jones -- Parts 1 and 2," arguably one of the great blues recordings of the 1920s.

Lewis gave up music as a profession during the mid-'30s, when the Depression reduced the market for country blues. He never made a living from his music -- fortunately, he found work as a municipal laborer in Memphis during the 1920s, and continued in this capacity right into the 1960s. His brand of acoustic country blues was hopelessly out-of-style in Memphis during the postwar years, and Lewis didn't even try to revive his recording or professional performing career. In the intervening years, he played for friends and relatives, living in obscurity and reasonably satisfied. At the end of the 1950s, however, folksong/blues scholar Sam Charters discovered Lewis and persuaded him to resume his music career. In the interim, all of the blues stars who'd made their careers in Memphis during the 1930s had passed on or retired, and Lewis was a living repository of styles and songs that, otherwise, were scarcely within living memory of most Americans.

Lewis returned to the studio under Charters' direction and cut two albums for the Prestige/Bluesville labels in 1961. These showed Lewis in excellent form, his voice as good as ever and his technique on the guitar still dazzling. Audiences -- initially hardcore blues and folk enthusiasts, and later more casual listeners -- were delighted, fascinated, charmed, and deeply moved by what they heard. Gradually, as the 1960s and the ensuing blues boom wore on, Lewis emerged as one of the favorite rediscovered stars of the 1930s, playing festivals, appearing on talk shows, and being interviewed. He proved to be a skilled public figure, regaling audiences with stories of his life that were both funny and poignantly revealing, claiming certain achievements (such as being the inventor of bottleneck guitar) in dubious manner, and delighting the public. After his retirement from working for the city of Memphis, he also taught in an antipoverty program in the city.

Furry Lewis became a blues celebrity during the 1970s, following a profile in Playboy magazine and appearances on The Tonight Show, and managed a few film and television appearances, including one as himself in the Burt Reynolds action/comedy W.W. and the Dixie Dance Kings. By this time, he had several new recordings to his credit, and if the material wasn't as vital as the sides he'd cut at the end of the '20s, it was still valid and exceptionally fine blues, and paid him some money for his efforts. Lewis died in 1981 a beloved figure and a recognized giant in the world of blues. His music continued to sell well, attracting new listeners many years later. ~ Bruce Eder, All Music Guide 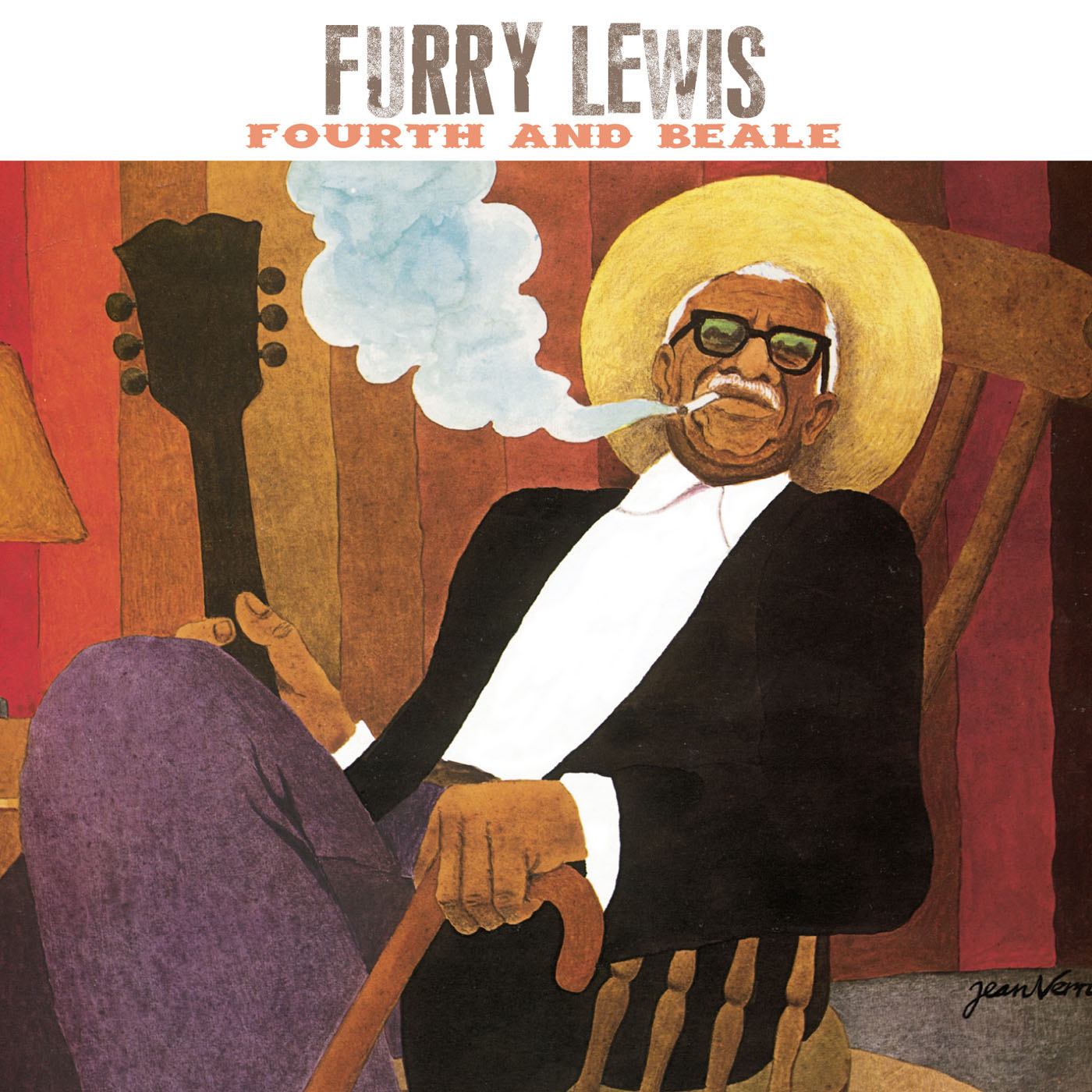