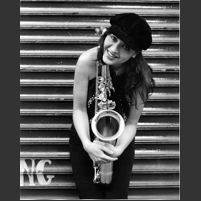 Born in Pavia Italy, Ada's love for music started at the age of 4 when
she began studying piano under the guidance of her grandmother. With persistent enthusiasm she continued her study of piano for 13 years, well into her first years high school.
During high school she began to listen to Blues, Jazz and Funk. It was at this time that Ada, drawn to these unique musical genres and already significantly accomplished for her age in piano, decided to pursue the saxophone.

After high school Ada studied with G. Comeglio and, in the following time, with the âJazz Company Big Bandâ and the âJazz Class Orchestraâ. It was during this period that she had the chance to perform with famous soloists such as Phil Woods, Jerry Bergonzi, Randy Brecker, Lee Konitz, Bob Mintzer, Bob Malach, Antonia Bennett, Mike Richmond, Herb Pomeroy and Franco Ambrosetti.

In 1992 Ada was awarded a scholarship at UMBRIA Jazz with a "Special Recognition for Outstanding Musicianshipâ from the prestigious Berklee College of Music in BOSTON, USADuring the following months and years her time was spent between Italy and the US where she attended The Berklee College in Boston Ma. immersing herself in the study of arrangement and composition with Joe Viola, George Garzone, Fred Lipsius, Herb Pomeroy and other notable music academics.

After her studies in the USA Ada moved to Paris which led to her
performing/touring with the âChance Orchestraâ, a jazz-funk band, throughout Europe and Africa as well as involving herself in numerous
collaborative projects with different artists.

After touring she returned to Italy where her work was devoted to everything from Pop to Jazz. It is at this time that Ada became involved in recording with MINA in âCanarino Mannaroâ, touring with Camilla and Quartiere Latino, Romano Mussolini and performing with Bruno De Filippi, Franco Cerri and Enrico Intra. When not touring or performing her time was spent either composing or arranging for notable European Big Bands.

The Ada Rovatti Jazz Quartet/Quintet - A straight ahead group in which Ada Rovatti performs her compositions and arrangements.

Elephunk - A nine piece group of extraordinary musicians with which Ada Rovatti performs and directs her arrangements and compositions.

Ada has performed throughout the US at venues from the East Coast to the West Coast such as Birdland, Iridium, The Garage, Hard Rock Cafe, Elephant Room to the latest Rochester Jazz Festival with her nine piece group Elephunk, 101.9 Smooth Jazz Festival , the JVC Festival(New York City) the IAJE New York 2004, Celimontana Jazz Festival to âLe Clubâ Moscow- Russia to mention a few.

In addition to her musical expertise Ada has just finished the shooting of her film appearances in the movie âMona Lisa Smileâ featuring Julia Roberts.Readers voted Under the Hat as number one in the âRevelationâ category of the 2003 in the Brazilian newspaper âTribuna De Imprensa â

Ada Rovatti is currently signed with APRIA Records which just released 2 CDs of her as bandleader.The first is with the "Ada Rovatti Quartet" featuring Randy Brecker, Mike Stern and Don Alias Distribuited in USA by Sunnyside Records (in Japan by HeartNote Records and in Europe by Nicolosi Productions-J.Jazz-Sony) and won a special award by STEREO magazine in Japan as top 10 Cd of the year.The second Cd is with "Elephunk Band" distributed by Apria Records featuring Ada and the best and brightest musicians the NYC jazz scene has to offer with Randy Brecker as guest artist.She also appears on the latest Grammy winner Cd by Randy Brecker â34 th N Lex âESC Records (best contemporary jazz Album ) 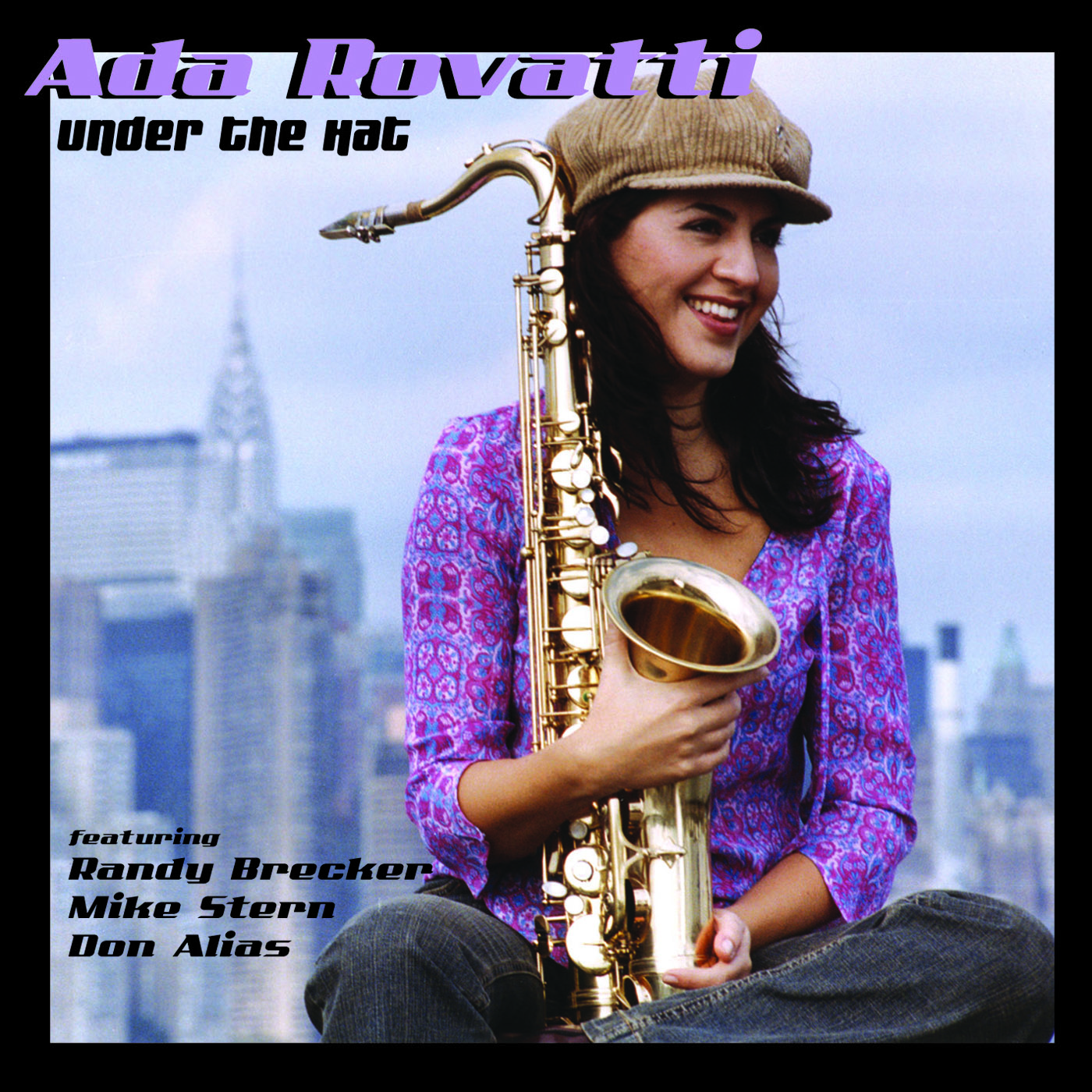