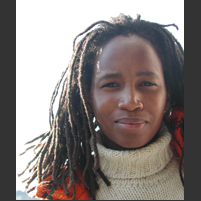 Sheâs a frail, gracious person with an astonishingly powerful, incantatory voice â one that cracks like a whip, resounding and opening itself up entirely, with neither mannerisms nor ornaments, and often bordering on a cry â and also a musical individuality that is atypical, and openly left-field. A mature, inhabited work that comes as a consecration of the talent and strong personality of this young, Afro-American lady of 33 whose activities reach widely (she sings, composes, writes, arranges and plays a marvellous guitar), and whose character is demanding, inspired, spontaneous, extraordinarily lucid and wide-awake.
âNothing is sure, nothingâs durable, nothing is definitive, nothing fixed,â she says. âEverything is movement.â

Movement: the word sticks literally to the biography of this woman burning with life and saturated with energy, a âyearning soulâ brimming over with desire and humour. Of Dominican origin, she was born in 1969 in Brooklynâs Latino-American district. We can imagine her childhood was filled with suffering. Her relationship with her mother (who raised Natalia and her brother alone) was passionate and conflicting: âI owe her what I am. And my anger, too.â When she was an adolescent she left the âbarrioâ to settle with her family in Rochester, N.Y.

At University, Natalia studied sociology for a time, also History and the work of the English Humanist poet of the Middle Ages, John de Salsbury (âOut of a taste for the exotic,â she explains, âand to plunge into a world thousands of miles from my previous universe.â) Then, at a time when the majority of her contemporaries chose material comforts and profit, she dropped all ideas of social success and, in the great Beat tradition, like Jack Kerouac, William Burroughs, Robert Johnson or Woody Guthrie, she hit the road. âThe call of the wild! When it starts to get at you, you canât resist for long.â With her notebook in her pocket, the explorer began to roam the United States from East to West, stopping here and there (the Grand Canyon, Oregon, Seattle, Alaska), wherever her desires and opportunities took her, trying the whole range of menial jobs available before finally settling in Los Angeles.

It was in the Californian Babylon that her musicianâs career began. Armed with a Fender âStratocasterâ, Natalia appeared with the âMojo Monksâ, a muscled combo practising a harsh, very unorthodox blues.
It was also in L.A. that she discovered the music of Jimi Hendrix, The Doors, Janis Joplin, Tom Waits, Rickie Lee Jones, CSN&Y, Grateful Dead, Aretha Franklin, Otis Redding and Marvin Gayeâ¦ âI forged my own style listening to them.â In an age of RânâB/Hip Hop hegemony, this young Black American clearly displays her difference, one which completely escapes the canons and tastes traditionally associated with her age and the colour of her skin. The majority of those who inspired her to compose and sing came out of the Rock scene (in the broadest sense) and had their hour of glory almost before Natalia saw the light of day. âI donât believe in the genre conflict, or even the generation conflict, and I have absolutely no faith in the so-called social-ethnic traditions. What I do know is, Hendrixâ choruses are universal and immortal! And the voice of Janis Joplin, too!â

After five years, Natalia began to feel hemmed in by the City of Angels, where the music scene, tied into a format and shut off from anything that didnât seem implacably commercial, weighed increasingly on her with every passing day. In June 1998, questioning her life once again, she took a great leap into the unknown: a flight to Paris. Miles Davis, James Baldwin and Chester Himes (amongst others) had vaunted the merits of the French capital and the âwarm welcomeâ it reserved for Black American artists. âThatâs partly why I chose that destination. And also because I thought it was where Iâd meet musicians from the whole world.â

What Natalia didnât think, however, was that sheâd find success so rapidly. In less than two years, with her guitar slung over her shoulder, she formed a group (BabasaÃ¯), moved from the corridors of the MÃ©tro to the bars at La Bastille (where they paid her with beers), from the tiny stage of âLa FlÃ¨che dâOrâ to the cameras of TV channel Canal+ (she was the subject of three documentaries they made), and from opening for Diana Krall (at The Olympia in October & November 1999) to the offices of Universal Jazz.


With her ears wide open, the young woman wearing dreadlocks like a mane is now exploring more than ever, and she says sheâs been captivated by the creative freedoms of Miles Davis, Eric Dolphy, Ornette Coleman or John Coltrane, overwhelmed by the âtearing, terribly joyful lamentâ of Albert Ayler and hypnotised by the âvocal whirlwindsâ of Nusrat Fateh Ali Khan, the maestro of the gawwali (the Indo-Pakistani variant of Sufi song): âThose ascending, descending scales, those dizzy climbs up to Heaven and the ecstatic rhythms have the power to make my soul take off.â

After over a hundred concerts in Europe and The United States, Natalia went back into the studios in the summer of 2002 to record Fury and Sound. She had a new crew: Pierre Crosnier (guitar) and David Granier (drums); a new instrumental format â the quartet â with the addition of the cello played by Solange Minali-Bella, and a silken, wrapping tone that brought an extra fullness and roundness to the sound of the ensemble. Ten new songs with tight, clear texts, half-tender, half-despairing. Ten titles with an orientation that was more Rock than those in Milagro, more arranged and salient, too, folding into each other without a break like a long, carnal, heady suite where moments of tension follow the more reflective tracks, acidity following softness, contained violence following melancholy wanderings. The production is by Natalia and Andy Lyden.
The albumâs theme isâ¦ Death, considered from a clearly Existentialist angle â Before itâs too late, before they put you in the ground, What can we do but be, Canât win, canât lose, canât quit, got to carry onâ¦

âWhatâs been lived has been lived,â says Natalia. âAnd rather than talk about death with a big D, that incoherent thing they say is inevitable, I wanted to take an interest in all the little deaths followed by little resurrections which constitute existence; if you put them all end to end, they build what we are.

This record is also the fruit of my experience and an appeal to life, here, now, immediately, without drowning in the tears of the past or throwing oneself into an assault on a future thatâs fictional by nature.â

Itâs her own way of âinscribing myself more than ever in the movementâ, turning a new leaf and finally, once and for all, ridding herself of the demons of the past.

And for us, itâs the subjugated confirmation of a hard fact: Natalia M. King, an authentic artist of Herculean charisma, the creator of a half-Rock, half-Blues universe which is unlike any other, and which carries a genuine message, has rebounded directly with Fury and Sound into the category of Greatness. To which belong all those men and women whose strength renews and invigorates our day to day musical landscape 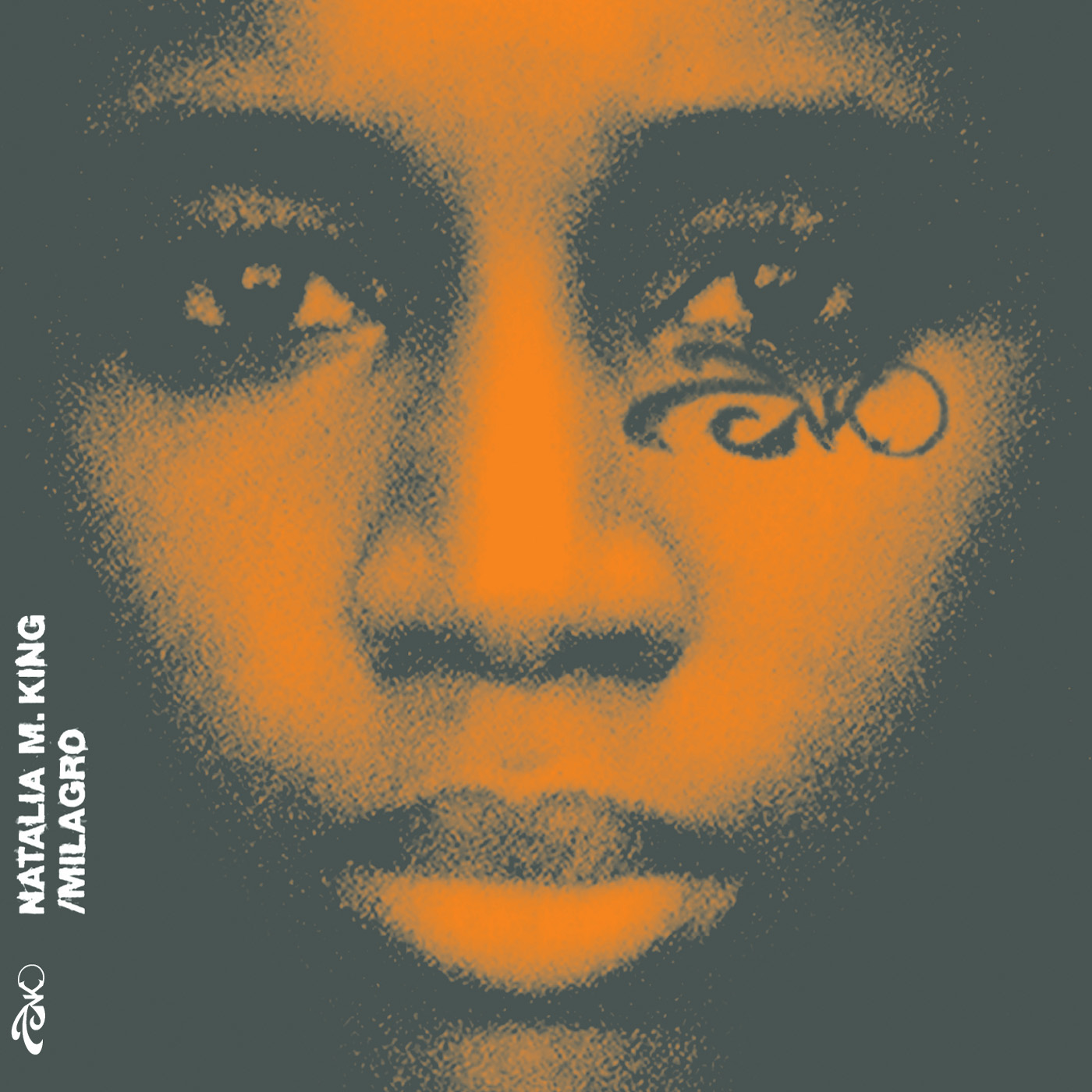