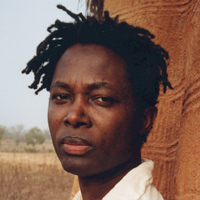 Even before his first album came out, Lokua Kanza's notoriety had spread well beyond the already wide circle of African music spheres. His soft, melancholy acoustic music has swept away the current clichÃ©s regarding ex-Zaire music, with its rumba and diabolical Soukouss rhythms. Lokua Kanza is a musician of multiple talents, a singer, composer or arranger as required. As for his undeniable artistic feeling, it has attracted artists from many different horizons, from Youssou N'Dour to Patrick Bruel. With IsmaÃ«l LÃ´, Baaba Maal or Geoffrey Oryema, he has brilliantly ensured the renewal of African music.

Pascal Lokua Kanza was born in April 1958 in Bukavu in the province of Kivu, in the eastern part of the Democratic Republic of Congo, then called ZaÃ¯re. He is the eldest of eight children, with a Mongo father and a Tutsi mother from Rwanda. In 1964, the family went to live in Kinshasa in a middle class area, until the day when Pascal's father, a ship's captain, died. His mother then moved to a much poorer area of the city, and Pascal, the eldest, had to work to feed the family. He therefore went to school part time, and took odd jobs, as well as singing in churches. He was eight years old, and his taste for music was clearly apparent.

As an adolescent he took up the guitar and joined several rumba bands. As he grew up he became interested in traditional music and joined the Kinshasa conservatoire of music. His talent was recognised when in 1980, at the age of 22, he joined the band of the diva, Abeti, the superstar of Zaire. This experience taught him a lot and Pascal was then able to join the vast African music world fully fledged.

With Abeti, whose fame had spread beyond the borders of the former Zaire, Pascal travelled and discovered the African continent. Thus he participated in the LIbreville Panafrican Festival in Gabon in 1980.

In 1981, Pascal moved to Abidjan, Ivory Coast. After working as a guitarist, he became a singer in the Best Orchestra at the Hotel Ivoire in Abidjan. These orchestras are typically African bands often attached to a hotel or restaurant. The repertoires are usually based on English remakes, but also of famous African titles. For Pascal, it was an excellent learning period, but his true ambition was to work in Europe, especially France. He achieved this in 1984.

One of the first things he did on arriving was to enrol in the CIM, the largest European music school for jazz and modern music. He also worked with Antillies musicians Jean-Michel Cabrimol and his group La Mafia, and Franky Vincent. But it was two meetings with greats of African music that brought him into the highly active movement of Paris World Music in the eighties.

From 84 to 88, Pascal played and sang with Ray Lema and worked on two of his albums, "Nangadeef" and "Bwana Zoulou Gang" in 1988 with many French artists, among whom were CharlElie Couture, Jacques Higelin or Alain Bashung. He also performed on the albums of the jazz group Sixun, Pierre Vassiliu or his compatriot Papa Wemba.

From 1991 on, it was with Manu Dibango that he worked, in the Soul Makossa Gang. Pascal, who was also known as Lokua, became known as a musician and even as a singer. But his talents as a songwriter were beginning to emerge. He began performing on stage and in October 92 he appeared in the first half of the concert by Benin singer AngÃ©lique Kidjo. He was celebrated by critics and the public alike, even if his name was still relatively unknown. His unique repertoire, very far from Zaire music clichÃ©s, was very attractive to the French public.

At the end of 1992, Lokua Kanza recorded his first album. But there were no great studios and technicians. It was alone, at night and in a few days that he recorded his songs, in a modest studio loaned by a friend.

In Spring 93, even before the album came out, Lokua gave two concerts at the Auditorium des Halles in the centre of Paris. His name was on every lip and his acoustic concerts were a genuine success. Only two musicians were on stage with him: his brother, percussionist Didi Ekukuan, and the Senegal singer Julia Sarr. All three left on a tour of France and Belgium until the record was brought out in October 93.


In January 94, 5,000 copies of the album had sold. This young Zaire singer was a musical revelation. His voice, his guitar playing, his melodies, and the poetry of it all, combined to give an artist worthy of IsmaÃ«l LÃ´, the other revelation of the African folk scene at the time. His pieces were like small, perfect pearls, 3 minutes maximum.

On May 27, he performed in the first half of the Manu Dibango concert at the Casino de Paris. In November, it was the French singer Jean-Louis Aubert who invited him to do the first half of his concerts in front of very big audiences. It was a success. Then Youssou N'Dour asked the young singer to sing on his album, "Womat".

After a long tour from November 93 to May 94 and the publication of his album in many European, countries, Japan and North America, Lokua met up with Youssou again in New York for a June concert at the Manhattan Center. From then on Lokua was recognised and feted well beyond the borders of France. At the end of summer 94 he went to Peter Gabriel's studios in England to work on Papa Wemba's album, "Emotions". As a singer, musician, writer and composer, Lokua Kanza had a hand in both arrangements and production, very successfully too.

Then in September 94, it was the French superstar Patrick Bruel who invited Lokua Kanza to take over the first half of his concert. Again, a rousing success, despite an audience completely devoted to its "Patrick chÃ©ri".


It was with a new show and a larger group of backing vocals that Lokua Kanza gave three concerts at the Hot Brass, a now extant Paris night club. In December, Lokua Kanza was distinguished at the African Music Awards, receiving the prize for the Best African Album. This award marked a transition from Lokua's second album, recorded in January 95.

This record, the second chapter in a career which is both short and yet full of diverse experience, came out in October 95 under the name of "Wapi Yo" (where are you?). Lokua had full houses for a week at the ThÃ©Ã¢tre de la Ville in Paris. The first title, "Shadow Dancer", figured in innumerable hit parades throughout Europe. It is sung in English with a second version in French, thus being much more "westernised" than his original repertoire. Most of the other tracks are in Lingala or Swahili, two of the most commonly used languages in southern Africa.

In November, Lokua Kanza again returned to Peter Gabriel's studios for a new production under the Real World label. This time, he worked with the Ugandan Geoffrey Oryema, another African living in France. His arrangements were rewarded at the new edition of African Music Awards held at Libreville, Gabon. It was the work on "Emotion" which received a prize that year.

In February 96 it was France's turn to honour Lokua Kanza, with three nominations at the Victoires de la Musique. FInally, none of the prizes went to him, but it did not really matter. The audiences continued to crowd into his concerts on his long international tour through Africa and then Europe.

On April 1 1996, he starred in his own show at the Olympia and then went round all the big spring festivals, from Bourges to AngoulÃªme. On July 13, the Francofolies Festival at La Rochelle organised "la FÃªte Ã  Lokua", an evening of music in honour of the young Zairois, with many African artists such as Youssou N'Dour and Papa Wemba. Some days later, it was the prestigious Montreux Festival which welcomed Lokua.

He spent the rest of the summer in Africa with a concert in South Africa, followed by the Kora ceremony in September (where he won the prize for the best up-coming artist) and the Madajazzcar Festival in October.

In 1997 and 98, Lokua Kanza spent most of his time on tour, commencing with the United States where he gave concerts early in the year. In April, the Brazilian Djavan invited him and Al Jarreau to the Festival of Todos os Sons (Festival of all sounds) in Curitiba, Brazil. Then he gave a concert for immigrants without papers (another name for clandestine immigrants seeking official recognition, with the assistance of many artists) at the Espace Austerlitz in Paris on June 7.

At the end of the summer Lokua Kanza went into the studio with American singer Natalie Merchant, guesting on her album "Ophelia". Later that year Lokua would focus his attention on his own career, returning to the studio to begin work on a new album entitled "Lokua Kanza 3". The arrangements on this new album were more 'orchestrated' than Lokua's usual sound, and the singer made good use of the string ensemble which joined him in the studio. This time round Lokua's songs, recorded in Lingala and Swahili as well as in English and French, tended more towards historical themes than modern-day subjects. Interestingly enough, Lokua's new album also featured contributions from a number of renowned American songwriters such as Lamont Dozier (of Motown fame) and Siedah Garrett (famous for the songs he has written for Michael Jackson).


Back on the stage

After a few years shunning the spotlight, Lokua Kanza was again the centre of media attention in 2001 with a new, subtle album entitled 'Toyebi Te' ('Nobody knows where he is going'). Sung in three different languages-English, French and Lingala--the CD features many folk ballads. On the record, the singer was accompanied with his four children, along with guitar player Sylvian Luc, rapper Passi and the String ensemble of the Bulgarian Symphony Orchestra. His faithful backup singers Julia Sarr and Didi Ekukuan were part of the job too.

From March 2002 on, the singer embarked on a tour that took him up and down France and Europe-Germany, Spain, Italy, Sweden.


Throughout his career Lokua Kanza has embarked on successive collaborations with artists from different musical backgrounds. And in 2004 the Congolese star teamed up with Cameroonian bass-player Richard Bona and Antillais singer and composer GÃ©rald Toto. The trio's collective album, Toto, Bona, Lokua, was released on the appropriately named No Format label in April 2004. On this album the three musical accomplices were given total 'carte blanche' to fuse their distinctive musical styles. Lokua was responsible for writing four songs on the album. 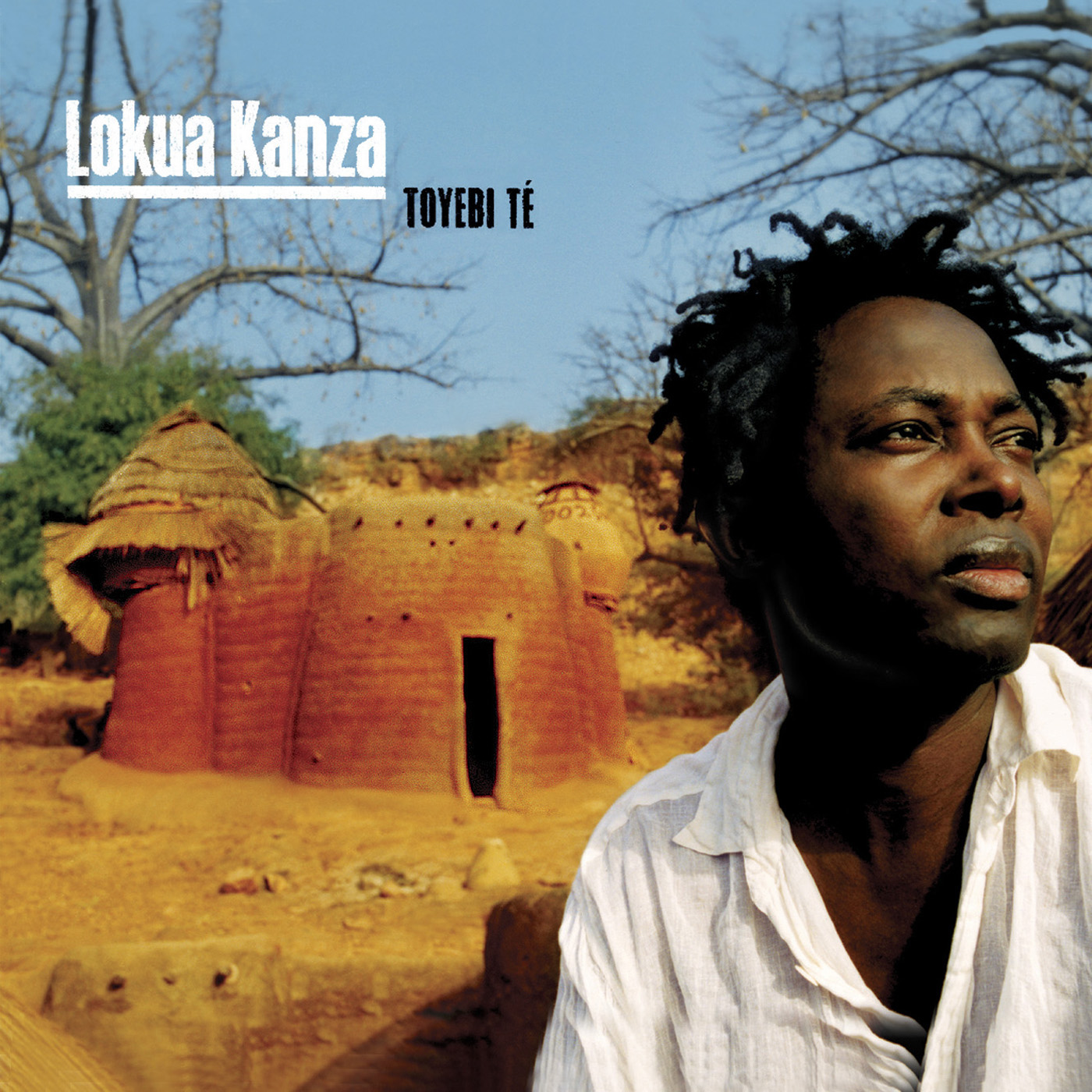 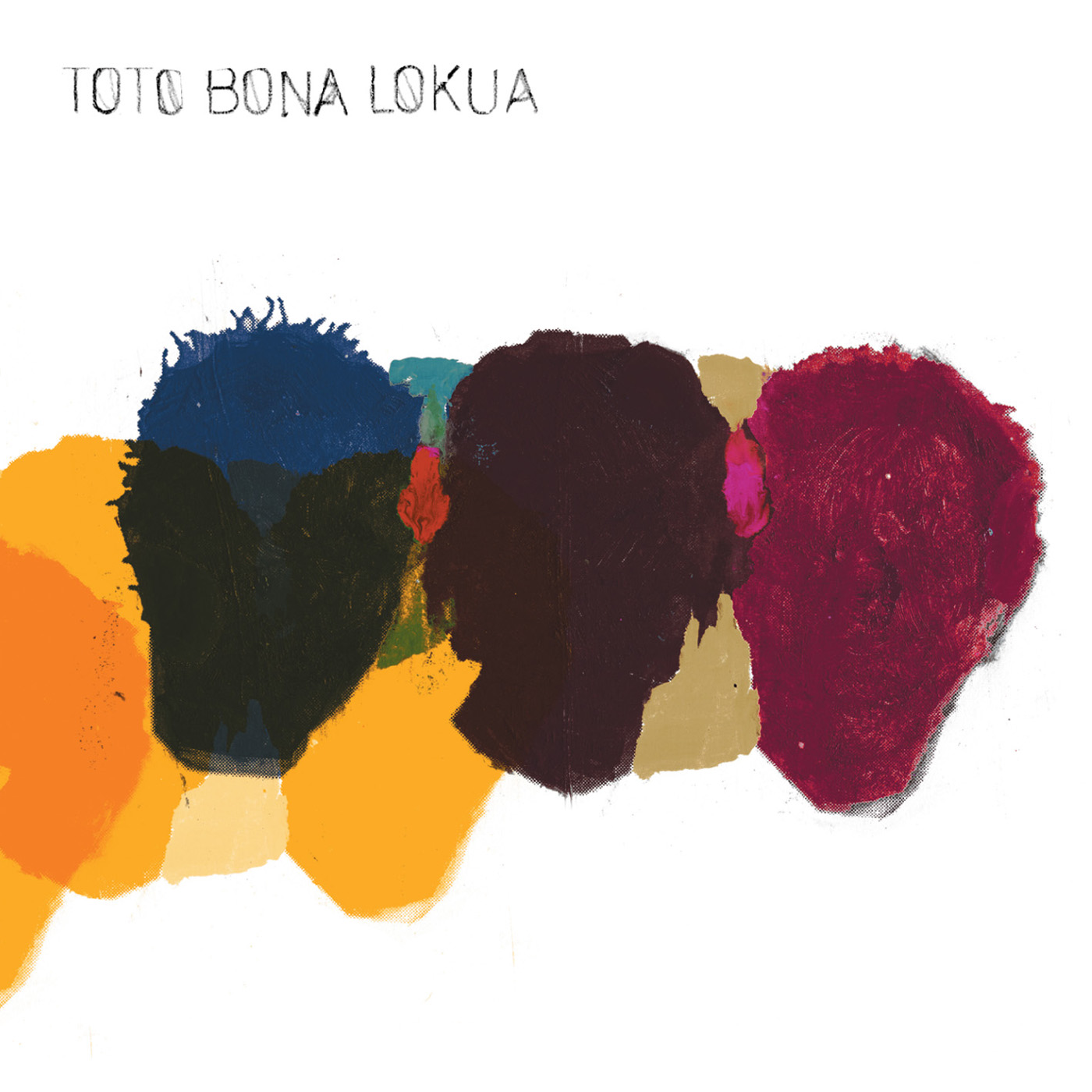